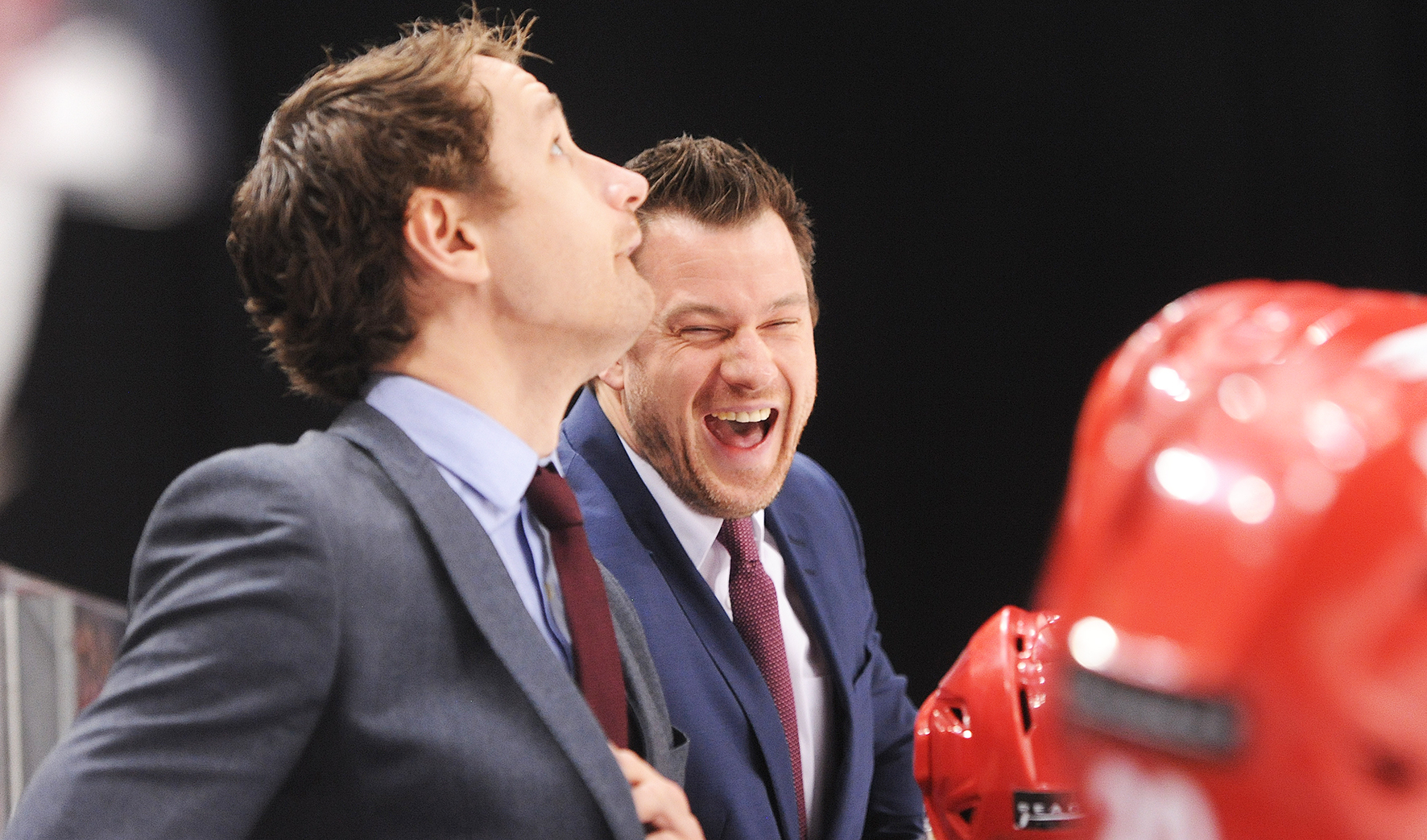 Cardiff Devils were punished in Austria when they failed to take their chances and picked up far too many penalties.

Overall, Devils produced a big performance against one of Europe’s leading teams, but they lost 4-2 against a clinical Red Bull Salzburg.

They were on the penalty kill far too often, although a number of calls made by referees Miklos Haszontis and Trpimir Piragic simply would not have been given in Elite League hockey.

Devils have to learn the lessons from their Champions Hockey League experience. They battled with spirit and character, matching their hosts 5v5, but picking up too many penalties.

#TBT As we take another foray into Europe as Champions, worth a look at this from 4 years ago when everything changed for @cardiffdevils fans. Thank you once more, to the Calgary 4 https://t.co/7kOvwQPYsL

While Devils lost in Austria, SC Bern won 3-1 against Vaxjo Lakers in the other group G match.

“They are too good. We have learned lessons and have to put it together for 60 minutes come Saturday against SC Bern.”

Head coach Andrew Lord was positive on the bench and made the most of Cardiff’s first goal, scored by Mike Hedden late in the second period.

Welshman Matthew Myers returned to the Devils team after injury and played his first minutes of the season.

Devils’ penalty kill unit was outstanding during the first period, restricting Salzburg, and they went close to scoring when Mike Hedden fired against the bar.

Outstanding goaltender Lukas Herzog got the slightest of touches to push a goal-bound shot upwards and the puck flew off the bar and out to the wing.

Charles Linglet also went close, losing his balance as he shot on the backhand from an angle. He fell and the shot flew into the side netting with Herzog out of position.

Salzburg went ahead with a brilliant constructed goal after five minutes 48 seconds when Layne Viveiros produced a pinpoint pass into Mario Huber.

Devils had plenty of bodies back, but Huber was able to tip the puck past a stranded Ben Bowns in goal.

That came seconds after Cardiff had killed off a Salzburg penalty in impressive style.

More than 300 Devils fans were in Austria for the match including club owners Steve King and Brian Parker. The Red Army were loud and proud, making their presence heard with chanting and singing.

Salzburg scored their second goal after 14-58 when Christopher Vandevelde pounced on a rebound to fire home.

Devils were right in the game during the opening 20 minutes and Salzburg had to be brave and threw themselves in front of pucks 15 shots.

That was crucial. Devils had to block four points.

Ben Blood was handed a 2+2 penalty early in the second and Salzburg scored their third goal. That came after Devils had carved out two glorious chances with Joey Martin skating clear and Gleason Fournier going close with a fierce shot.

On both occasions goalie Herzog saved and Salzburg made their visitors pay.

Harris made it 3-0 on the powerplay after 25-35 and Raphael Herburger added number four, again on a PP, less than three minutes later.

Devils refused to buckle and hit back when Mike Hedden scored from Joey Martin’s assist with 34-50 gone. That is Hedden’s third goal in the CHL this season.

Layne Ulmer’s tip from Matt Pope’s shot added Devils second (45-35), but there was no way back for Cardiff.

They fought, they battled, but Salzburg had six power plays to one over the first two periods and that proved the difference.

The match on Saturday is being shown live at the Walkabout, Cardiff, starting at 6.45pm Saturday.

Devils jerseys will be permitted in the bar and, in fact, will be encouraged!

The opening Elite League match of the season for Devils is on Sunday when Nottingham Panthers play at Ice Arena Wales (6pm).

That is the first of three successive home fixtures: