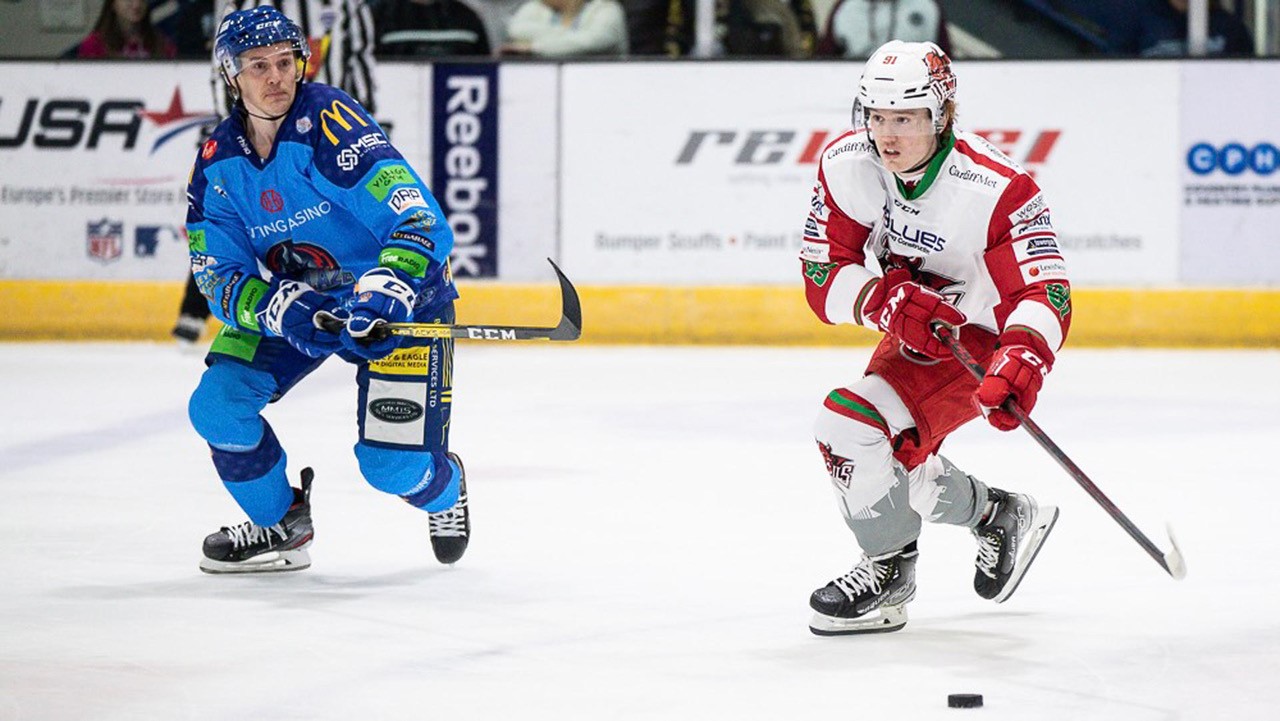 Cardiff Devils forward Josh Waller says the team have put their Champions Hockey League campaign behind them and have turned their attention towards the Elite League title.

The Devils completed their CHL commitments this week and face two of their prospective title rivals in back-to-back games this weekend, beginning with tonight’s visit of the Belfast Giants to Ice Arena Wales followed by a visit to the Nottingham Panthers on Sunday.

The Devils began their league campaign with an overtime loss to the Sheffield Steelers before racking up a comfortable win against the Fife Flyers on home ice. But coach Jarrod Skalde’s newly assembled side are still finding their feet however, and came away with a win and a defeat from last weekend’s Challenge Cup double-header with the Coventry Blaze.

Amongst the influx of new arrivals, Waller’s speed and offensive drive have seen the Reading-born 22-year-old make a positive early impression.

Waller registered a goal and an assist in Tuesday’s 6-3 defeat to Finnish outfit Lukko Rauma in the Devil’s final group stage game of the CHL season.

“We would’ve liked to have got more wins but it was a great experience, playing against the top teams in Europe and now we will just focus on the league,” he told the EIHL site.

Fixture scheduling has meant that Belfast are yet to play a league game, however a run of five wins from six in the Challenge Cup has seen the Giants live up to their pre-season billing of being title challengers.

“Belfast are obviously a good team – we’re all up for it, we’re all ready for, we know it’s going to be a battle but we’re ready for it,” said Waller.

Devils goaltender Taran Kozun made 32 saves on Tuesday night and in line with Skalde’s ongoing rotation of his netminders, he could sit out tonight’s game with Mac Carruth in line to start. Kozun could then return to the net on Sunday in Nottingham.

The Panthers are 1-1 in the EIHL so far but are coming off straight wins over Manchester Storm going into weekend games against Sheffield (Cup) and the Devils.

Waller is expecting a tougher game than when the Devils claimed two convincing wins over the Panthers in pre-season.

“We played them in pre-season when it was their first two games and I think they’re a team who have gelled a bit more,” he said. “They’ll be a better team than what we played last time. We’ve got a big weekend and we’re ready for them as well.”