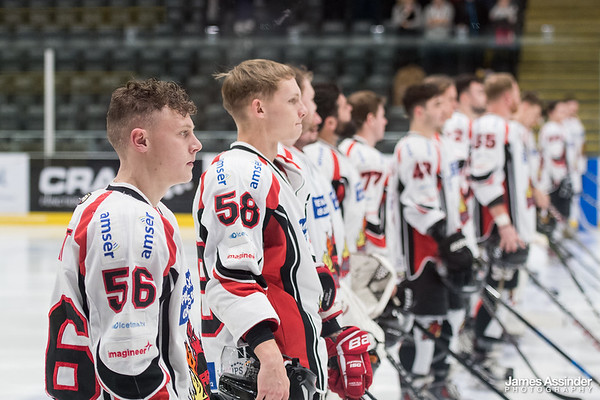 Cardiff Fire are out to complete a four-point National Ice Hockey League weekend when they entertain Bristol Pitbulls at the Viola Arena (6pm).

Fire won 4-3 at Romford Raiders in a physical, bad tempered match which saw almost four hours in penalties handed out.

Fire players Tom Smith, Lewis Stevens and Chris Fox were all given match penalties, while Raiders picked up the majority of calls.

They were given more than two hours in penalties with fighting, checking to the head, leaving the bench and misconduct among the calls.

Now head coach Mark Smith and his Fire team turn to their Severnside derby clash with Bristol in Cardiff Bay. That is certain to be another fiercely contested match.

Fire recovered from two goals down to win against Romford in Essex. Raiders went ahead through Brandon Webster (4-03) and Ewan Hill (20-44) before the Cardiff visitors hit back.

Raiders scored a third to give themselves hope and pulled goaltender Bradley Windebank with just over a minute to go in favour of an extra skater, but Fire held on for a tough road win.

Fire are at home against next Sunday, February 24, when title-chasing Solent Devils are visitors to the Viola Arena (6pm).