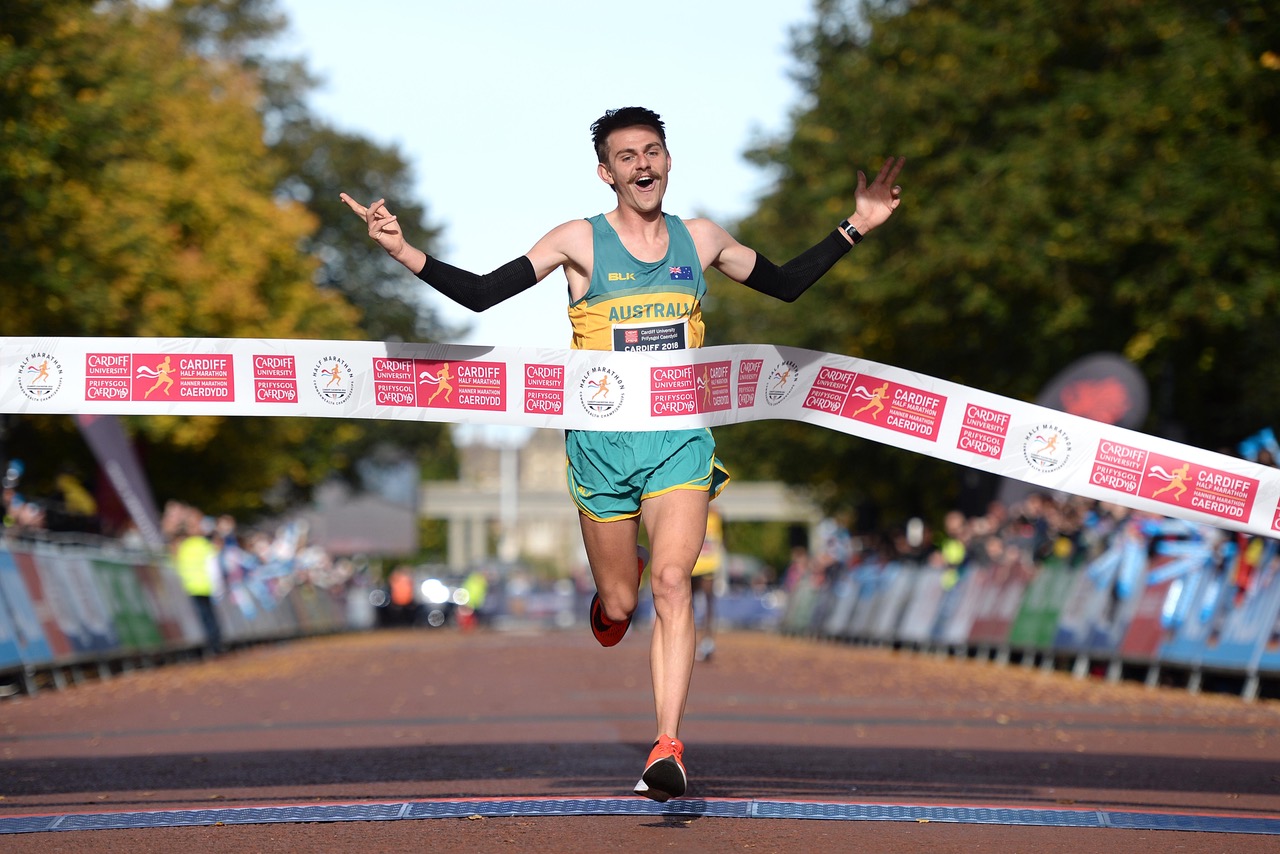 Jack Rayner of Australia wins the Cardiff Half Marathon in 2018.

Cardiff Half Marathon’s status as one of the world’s top running events has been cemented by a place in the new SuperHalf’s international running series.

Lisbon, Prague Copenhagen and Valencia will join Cardiff in hosting the SuperHalfs – five iconic half marathons staged annually across Europe.

Cardiff’s involvement in next year’s inaugural series will provide fresh opportunities for Welsh athletes to test themselves against the world’s best endurance runners.

The series also offers runners of all abilities the added incentive to travel and take on four of the continents top endurance races.

Involvement in the series is also to boost running tourism and sustainability in each of the five cities.

Welsh Athletics chief executive Matt Newman said: “With more people running worldwide than ever before, this is the perfect time for five of the world’s leading half marathons to unite for this innovative international series.

“SuperHalfs will give committed runners and experience seekers a new opportunity to see the world while doing what they love. It’s a big victory for not only runners, but the cities themselves.

“A new wave of running tourists will flood each city, while the sustainability pledge made by each event paves the way for a more sustainable future.”

All of the SuperHalfs events are World Athletics’ Gold Label races or are run on World Athletics (IAAF) World Championship courses. They are certified by the Association of International Marathons and Distance Races, or have been awarded a 5 Star Road Race standard by European Athletics.

Almost 100,000 participants are set to race at the five iconic locations when the inaugural series gets underway in 2020.

Runners will have access to a SuperRunner experience, including the benefit of guaranteed registrations, special race numbers with priority pick up, original merchandising, e-Passport, a SuperMedal (after completing the series) and the chance to see their names go down in the SuperHalfs Hall of Fame.

After completing the first race on the SuperHalfs calendar, participants will receive a SuperPassport and from then on after each race, an e-stamp will appear on this virtual and personalised ‘document’.

All communications will be digital and runners have 36 months to complete the series to be in line to become a SuperRunner.

The SuperHalfs’ hosts will offer the best experience to runners, whilst also committing to improving environmental sustainability.

Every event will strive to reduce their own carbon footprint with the common goal of becoming the most sustainable collection of half marathons worldwide.

Welsh Government Minister for International Relations Eluned Morgan said: “I am delighted that the Welsh Government, over many years, was able to support the growth of the Cardiff Marathon to become a globally recognised event.

“This focus on our country will no doubt enhance Wales’ reputation across the world as a nation that excels at a whole range of sport, and as a first-class host of sporting events.”

“As part of the new ‘SuperHalfs’ running series, the race offers another exciting opportunity to showcase our city and country. Cardiff and Wales already have an exceptional international reputation for hosting major sporting events and I know we’ll rise to the occasion once again in front of a large TV audience.

“Our staff, students and alumni will play a vital role on the big day, whether that’s providing invaluable support as volunteers around the course or running to raise funds for charity – including our own cancer, neuroscience and mental health research.”

You can find out more information about the series at www.superhalfs.com