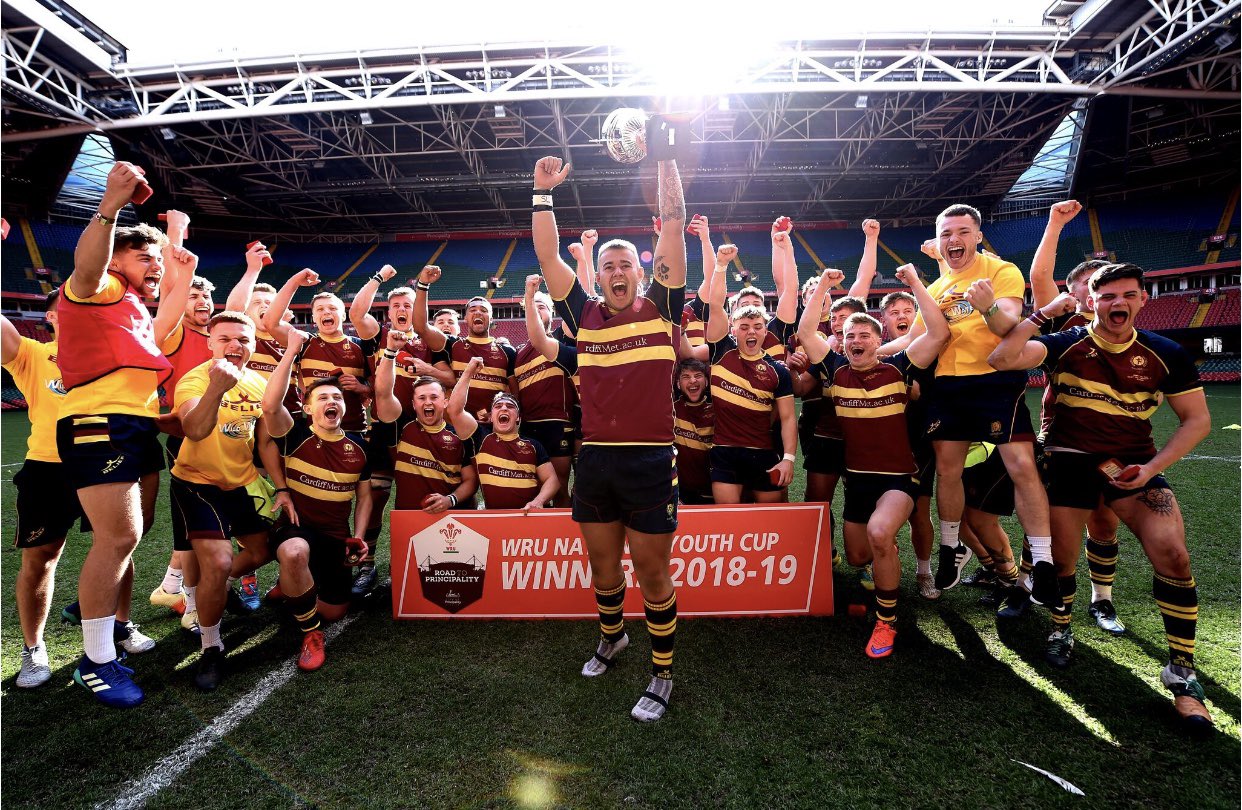 Cardiff Met is a regular supplier of talent to the top leagues in Wales and England, but director of rugby Danny Milton is now seeing his graduates spread their wings further afield.

Alex Cuthbert and Ken Owens both played for Wales and the British & Irish Lions after leaving Cyncoed and, more recently, Alex Dombrandt and Luke Northmore moved seamlessly into the Harlequins Premiership squad after completing their studies.

But the Class of 2020 are heading as far as Portugal and Hong Kong to continue their playing careers, while two more are joining Jac Arthur at English Premiership club Ampthill.

“It’s great that so many players are finding clubs at which to further their careers. Matt Marsh and Cory Lewis are heading to Ampthill and Aled Ward is going to Hartpury in the English Championship,” said Milton.

“Harry Johnston and Harry Dobbs have taken up offers from one of our former students, Scott Sneddon, to play in Hong Kong, while Charlie Geary is joining a team in the top league in Portugal. Scotland U20 prop Will Heard is mulling over offers from Glasgow and Harlequins.

“But equally exciting for us is that we have just seen the best set of academic results we’ve ever had from our players. Three of our captains achieved first-class honours and it just shows that they work as hard at their studies as they do in their training.”

Milton’s men were well on course for a top three finish in the Specsavers National Championship when lockdown came into force at the end of last season and were also set for a home quarter-final in BUCS Super Rugby. Now the hard work starts ahead of whatever shape the new season throws up.

“We are getting prepared for a return to training and playing, but we won’t have any students back on campus until September. We are hoping for a potential return to action in BUCS and the Welsh Championship in November,” he added.

“It looks as though the BUCS competition will start on a regional basis to begin with, which will give us some great local derbies next term. Then it will move into a knock-out in the second half of the season.

“Out top 25 players were all given S&C equipment to use at home during lockdown and we’ve had Zoom meetings with current and future players covering topics such as well-being, mental health and all forms of training.

“We’ve got Matt Marley coming back to complete his course with us after spending time at London Scottish, Harry Olding is returning after trying his luck at American Football and two Welsh-qualified Canadian age-grade internationals, James Topping and Jamin Hodgkins, are joining us.

“Exeter Chiefs scrum half Ali Stacey is joining his fellow Academy colleague Barrie Karea with us and we also have four Blues Academy players, Theo Cabango, Rhys Anstee, Ollie James and Jake Thomas. We’re sure how much rugby they will be able to play for us, but it’s great to have them coming to us.

“We’ve also built up a great link with the Welsh Exiles and our scrum half Ellis Bevan went on to play for Wales U20 last season have gone through their programme.”