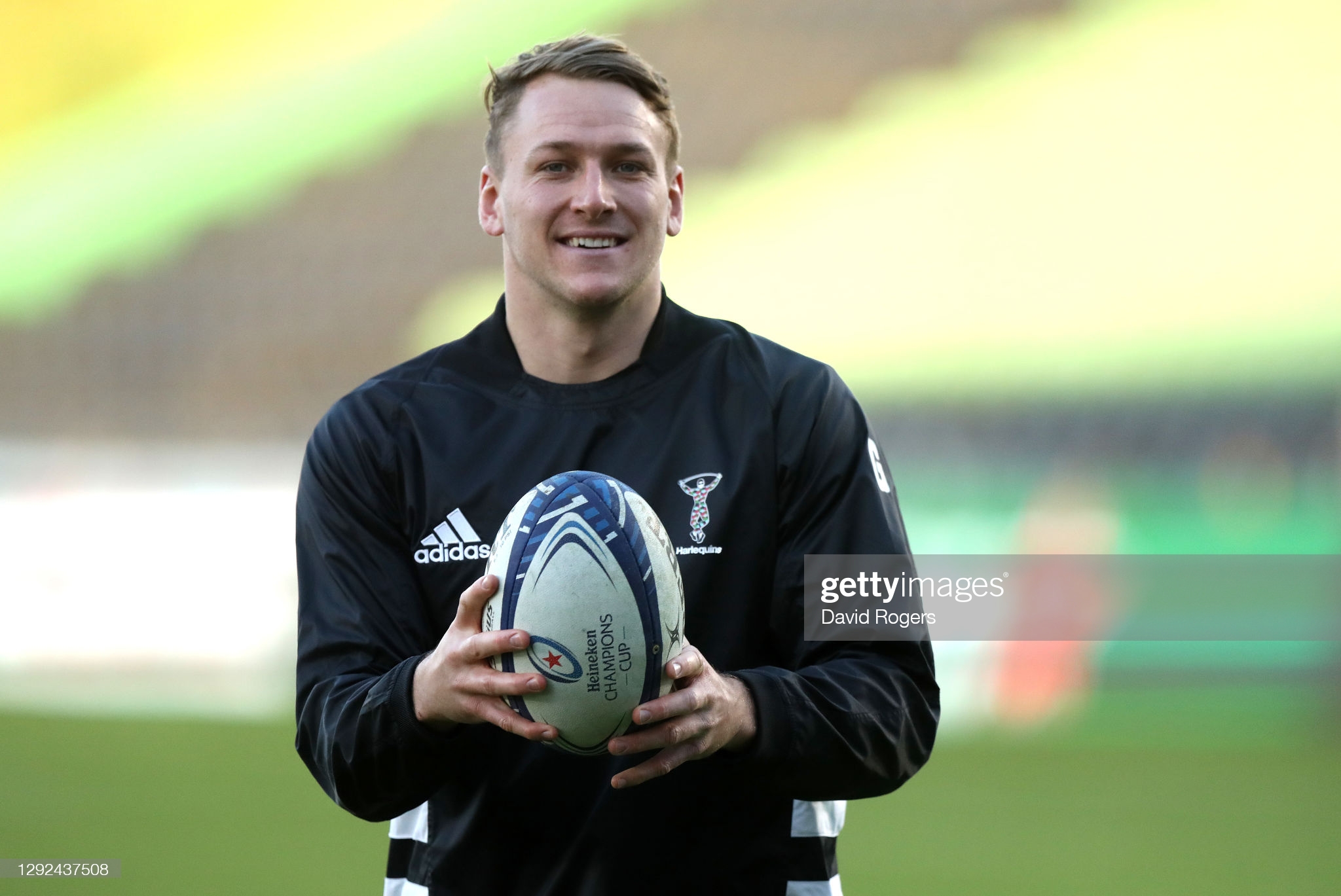 By David Williams
They may not have been playing any competitive rugby at Cardiff Met this season, but there has still been plenty of success for rugby director Danny Milton to enjoy.

Watching alumni Alex Dombrandt and Luke Northmore starring for Harlequins in the English Premiership and Heineken Champions Cup has helped him to point out to his freshers where they might end up.

Then came the moment in the last round of European matches when Evan Lloyd came on to make his senior debut for the Dragons in Bordeaux. Not a bad statement of intent from the 20-year-old outside half.

But perhaps the most significant event, and certainly the biggest Christmas present for the rugby programme, was seeing Wales U20 scrum half Ellis Bevan earn himself a senior contract at Cardiff Blues.

“It has been an incredibly frustrating time for the students and coaching staff, but at least there have been a few things to cheer us up,” said Milton.

“We’re thrilled for Ellis and it shows the links that are developing between our programme at Cyncoed and the regions are getting stronger and stronger as each season passes. We’ve got six Dragons Academy players at the university this season.

“As well as having Alex and Luke sign for Harlequins after leaving us, we’ve also just had Russ Bennett spending five weeks with Quins. We’re hopeful he might be offered a contract there, while Tom Pearson has been training with the Blues.”

Given former students Ken Owens and Aaron Wainwright are in the current Welsh squad, it all proves the production line from what used to be Cardiff Training College, South Glamorgan Institute and Uwic is still providing quality players for the top end of the game in Wales.

“We’ve had 288 players training within the confines of our COVID adapted programme. There are 12 coaches working with them and we’ve been able to do a lot of S&C (four days a week) work and play touch rugby and work on skills (twice a week),” said Milton.

“At the last count I’d written 16 different risk assessments for our training, but there is still a lot of frustration because we haven’t been able to play. It will take a four to six week gradual return to contact and playing once we get the go-ahead.

“There has been talk about trying to sort out some form of BUCS Super Rugby, but all we really want is the chance for the players to get in a few games when it is safe to do so. We’re very lucky as a club that we don’t pay anyone and our facilities are within the university campus.

“We’re not losing out financially like so many other clubs, but the players are missing out on the chance of gaining the experience of playing against clubs like Pontypool, Cross Keys, Bargoed and Neath.

“We’ve had one of our best in-take of first-years for some time and they all usually learn so much from playing in the Welsh Championship.”