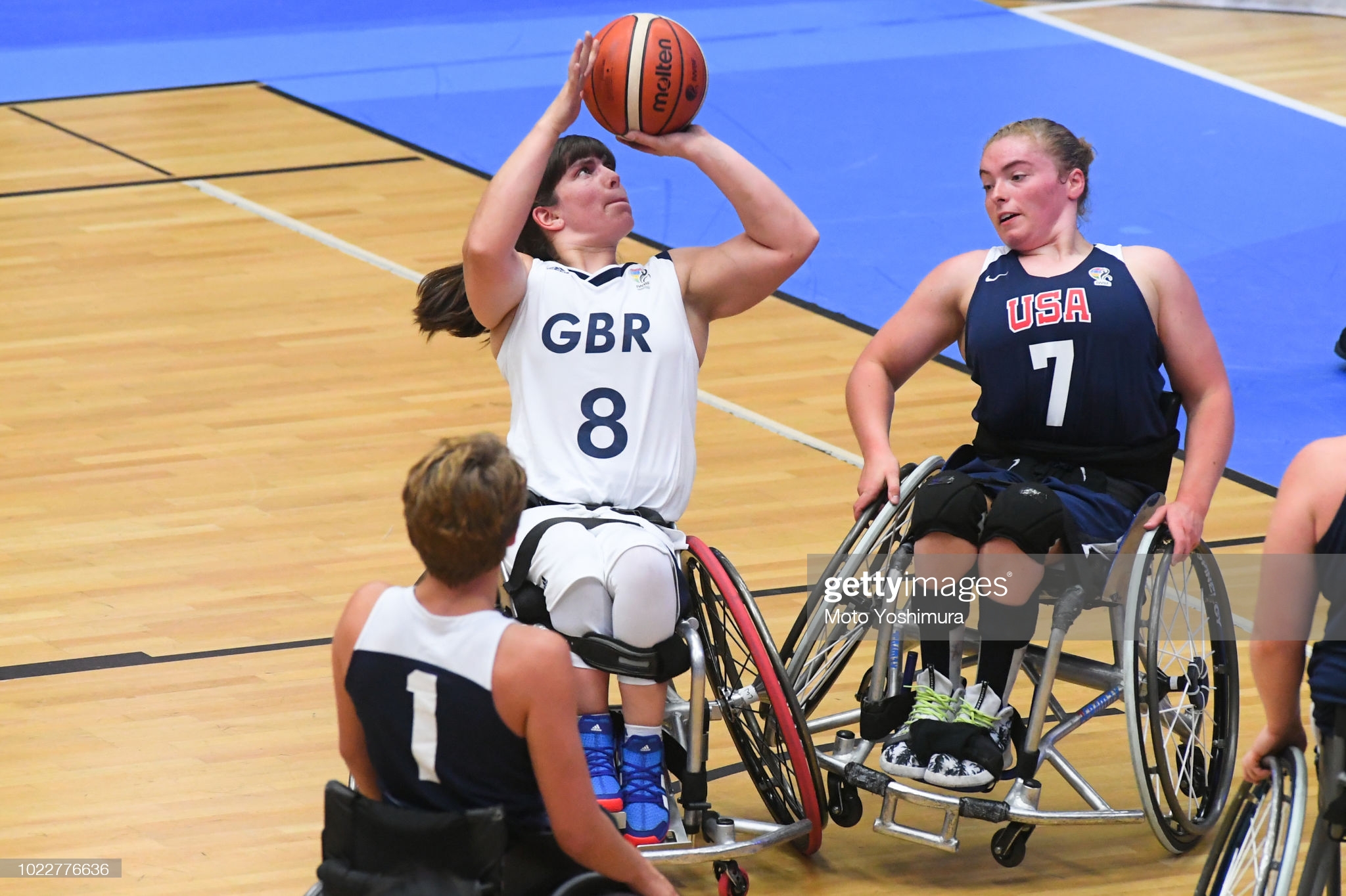 Laurie Williams of Great Britain in action against the USA. Pic: Getty Images.

Cardiff Met is to become home to a franchise in wheelchair basketball’s new Women’s Premier League.

The British Wheelchair Basketball Women’s Premier League will be the first of its kind for women’s wheelchair basketball in the world and the very first professional para-sport league in the UK.

They will also act as elite bases for top male and female players.

The first season will run from January to May 2022.

The league will comprise 60% British players and 40% internationals, promoting the growth of the women’s game while potentially attracting some of the best female players in the world.

Cardiff Met director of sport, Ben O’Connell, said: “This recognition identifies our university as a centre of excellence for disabled athletes and builds on our already well-established partnership with Disability Sport Wales.

🏀 The UK’s first-ever professional para-sport league, and the first of its kind for women’s wheelchair basketball in the world!

“It is also testament to the quality of our existing holistic basketball programme that sees men, women and wheelchair athletes competing at the highest levels in both national and student leagues.

Wheelchair Basketball is a fast-paced and fast-growing sport that allows non-disabled and disabled people to compete together in its domestic leagues and competition.

It is a sport of skill and physicality on the court and provides competitors with the tools to become more resilient and independent in their everyday lives.

In a survey, 78% of members said that wheelchair basketball has had a positive impact on their mental health, and 21% of all national league players are non-disabled.

There are currently 17,000 people playing the sport in the UK, with a potential participation growth of up to 70,000.

At elite level, the Great Britain men’s senior team have won eight Paralympic medals, they are the current world champions (2018) and European Champions (2019) and have been European champions a total of seven times.

Lisa Pearce, chief executive of British Wheelchair Basketball, said: “It’s about growing audiences and visibility of the sport. They’re all playing in arenas so there will be opportunities for fans to watch and support their teams. They’re having community outreach programmes which will be going to schools and communities, raising the profile of wheelchair basketball, it will create visibility in the media.”