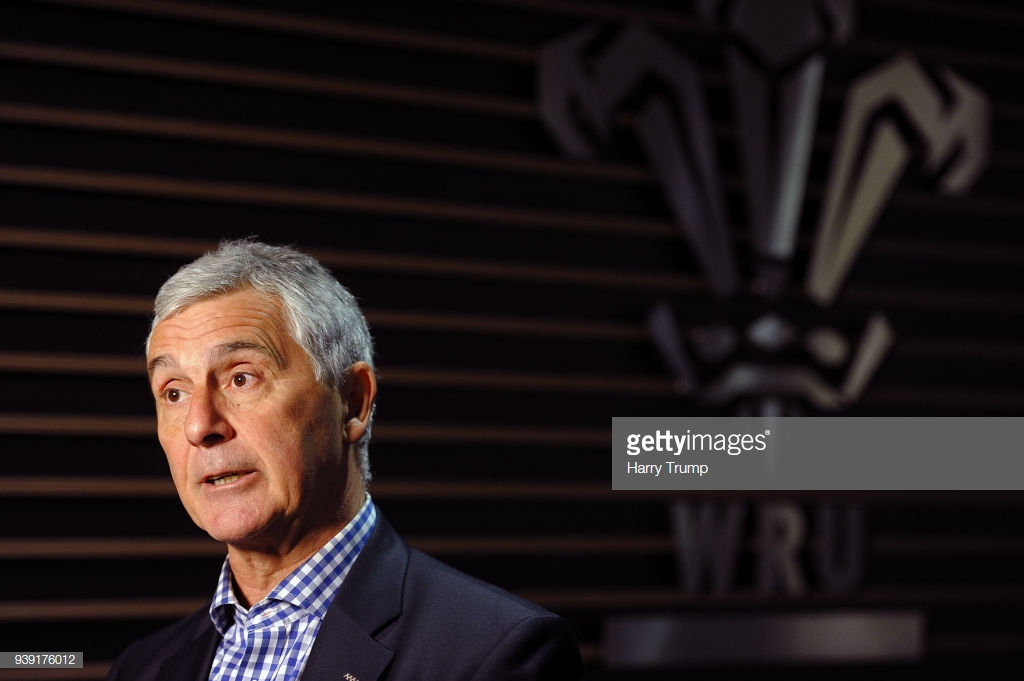 Davies one of several Cardiff players to have studied at Oxford University, Pic:Getty Images

Cardiff RFC has been invited to break new ground by becoming the first club side to face Oxford University in their annual Major Stanley’s XV fixture on Wednesday.

This prestigious match has been the highlight of the home matches at Iffley Road since 1919 and the game against the Blue & Blacks will come 130 years on from the first meeting of the two great rugby institutions in 1888.

The Dark Blues are seeking a stern test ahead of their annual clash with Cambridge at Twickenham and the anniversary match against Cardiff, the first Welsh club side they met, will give them a chance to get battled hardened for the Varsity Match a month later.

If you go back 130 years Oxford University met Cardiff for the first time in a match that was supposed to be a walkover for the powerful home team. The game was played at Oxford on 5 December and Cardiff ran out winners by 20-0.

In the 1888-89 season, both teams met and beat the first touring rugby side to reach these shores, the Maoris, and the Cardiff trip to play the university side was quite a trek according to Danny Davies in the official centenary history of Cardiff RFC:

“Cardiff’s first ever match with Oxford University was played at Merton College field on Wednesday, 5 December, 1888. Reputed to be very strong, the Varsity fielded twelve Blues, including  P. Christopherson, C.J.N. Fleming – a player of giant stature, in the backs, and a Cardiff forward D.W. Evans, the latter being in residence at Oxford; they played three threequarters and had nine forwards to Cardiff’s four “threes” and eight men in the pack.

“The Cardiff party had travelled as far as Swindon on the Tuesday evening, arriving late and putting up at The Great Western Hotel, where “our wise captain”, after supper of Bread and Butter and Coffee (what fare) hurried them off to bed. One or two nocturnal irrepressibles dallied awhile playing a few pranks, but most were up early, by six a.m and within two hours all were off to Oxford by train where they were met at the station by our forward in residence, D.W. Evans. He informed the Cardiff players that he had been “cracking up” Welsh rugby, and hoped they would put up a good show “as they hadn’t a chance of winning”. Depositing their kit in the hotel the team left to inspect the ground, which they found in good condition.

“Against the odds, Cardiff played splendidly, the lighter pack outplaying the nine of Oxford’s, a much vaunted and heavier lot, and ran out easy winners by two goals, one drop goal and two tries to nil. Norman Biggs, in addition to dropping a fine goal, “scored one of the best tries ever scored on the Oxford ground”. C.S. Arthur also scored a “clinker” of a try. An Oxford man thought that Cardiff was good enough to beat any team in the country. Cardiff’s fine display had emphasised the quality of Welsh Rugby Football.”

The game came exactly a week before Oxford met Cambridge at Queen’s Club in the 16th Varsity Match. The Dark Blues played 12 of the side that went on lose 5-0 to Cambridge against Cardiff.

Oxford eventually beat Cardiff for the first time in their 11thmeeting in 1900 and notched their first win at the Arms Park on 16 March, 1932. The two teams have met more than 40 times down the years.

The annual fixture between Oxford and the Major Stanley’s XV began in 1919 and has remained in place ever since. It remains the second most important fixture in Oxford’s calendar every season.

Tradition has dictated that the Stanley’s XV has been an invitation side, but with the advent of professional and semi-professional rugby it has been increasingly difficult to raise a representative side capable of providing the Dark Blues with the kind of test they need ahead of the Varsity Match. Indeed, Oxford has won every Stanley’s match since 2004.

In an attempt to improve the quality of the opposition, and thus improve the offering on the day to the Oxford players, coaches, supporters and sponsors, a new approach for the fixture has been proposed moving forward. This essentially means inviting a club or representative side to take the place of the Invitation XV and play as the guests of Oxford University in the ‘Major Stanley’s Match’.

The honour of being the first team to fulfil this fixture has gone to Cardiff RFC.

CARDIFF PLAYERS WHO HAVE PLAYED FOR OXFORD UNIVERSITY