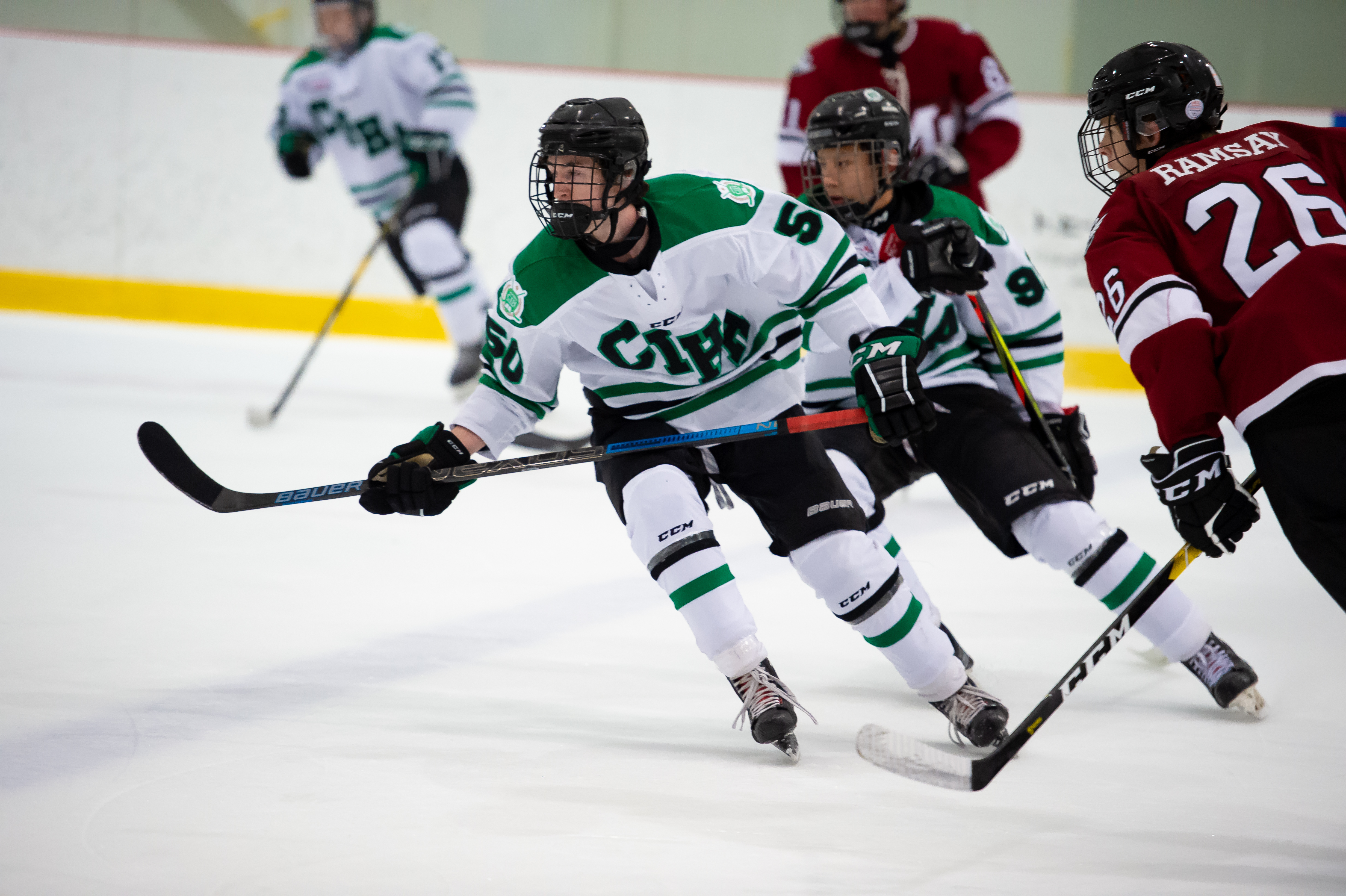 Welsh defenceman Ben Davies is causing a stir among Canadian scouts by progressing from non-skater to an ice hockey player with massive potential in four years!

Cardiff-born teenager Davies has made astonishing strides forward since he started learning to skate at the age of 13 – and those who know their hockey in North America are monitoring his progress.

Ben’s initial success in Canada is a massive plus for Cardiff’s Learn To Play programme, which was a key factor in helping the Cardiff schoolboy gain confidence on skates.

Ben the younger, now aged 17, didn’t have that opportunity. Until four years ago the boy from Llantrisant couldn’t even skate.

He has moved from total beginner in terms of skating to playing the highest standard Midget AAA hockey In Canada, a league that is a breeding ground for future NHL draft picks.

Nobody is putting young Ben under pressure in NHL terms, but he has certainly caught the eye with his remarkable ability to learn and improve.

“Ben is playing in Canadian Sport School Hockey League which is AAA, the highest junior standard in Canada,” says Ben’s dad Greg. “A lot of the kids are already NHL prospects.”

Davies was a promising football goalkeeper, but after severely damaging his hand in an accident, tearing ligaments in his fingers, he was unable to play for some time.

He had dreamed of becoming the next Peter Shilton or Gordon Banks, but now he has a new ambition – to become the new Gleason Fournier or Andrew Hotham, who have both starred for Devils in Elite League and Champions League.

“Shortly after the accident, I took him to see a Cardiff Devils match to cheer him up,” says Greg. “From that moment, he became totally obsessed with ice hockey and said this was the sport he wanted to play. He did not go back to football.”

At that stage Ben, aged 13, could not skate at all and was at least a decade behind the youngsters in North America who start skating well before they start attending school.

“During a compressed four-year spell – somewhat under the radar – Ben has advanced from a total beginner, having never skated until the age of 13, to now playing the highest standard Midget AAA hockey in Canada,” says Greg.

He learned quickly and joined the Junior Devils under-15 team for 2016-17, alternating between defence and forward.

In the following season, Ben played with the Junior Devils under-18 side and again experimented with the various positions to determine which was most suitable.

Then came his big break. During the summer of 2018, he had the opportunity to trial for the Canadian Ice Hockey Academy in Rockland, Ontario. He was offered a roster spot on the Midget AA team as a defenceman, a remarkable achievement after such a short time in the sport.

“The coaches were impressed with the speed at which he had advanced from starting,” said dad Greg. “Normally in Canada, children start skating at three or four-years-old.

“In his AA season, playing defence, Ben scored nine points in 21 games. The point return was decent, but unfortunately the season was interrupted by three separate injuries.

“Last summer Ben lasered in on his training, undertaking an intense 90-day on-ice and off-ice schedule involving spending a month in the Czech Republic at a Czech International Ice Hockey Camp plus a week with former Nottingham Panthers player Dave Clarke.”

Ben was also put through a focused power-skating schedule with Cardiff-based Sam Motton, who runs Xtreme Edges, before returning to the CIH Academy in late August.

After a two-week evaluation, Ben was offered and accepted a roster spot on the Midget AAA team. The 15-player team comprises top talent from around the world, with representation from Canada, Slovakia, USA, France, Russia and Wales.

In four league matches this season, Davies has chipped in with three points.

Former Boston Bruins forward Andre Savage is CIH Academy director and Greg says: “Ben is excited to test himself against the best talent on offer in Canada again with an eye on progressing to the next level come the end of this season.”

Davies is 6ft 1in tall, plays a physical game, is a fast puck carrier and he is hoping those skills will gain the attention of ice hockey scouting.

Cardiff Devils, I am sure, are monitoring Ben’s progress in North America. In four years he has gone from non-skater to potential professional player.

The next few years will see how far he can progress.

Before moving to moving to Canada for schooling and to continue his ice hockey education Bayley played in the Cardiff Junior system and has representative honours for the South West Conference at under-11, under-13 and under-15 age groups and has also iced for England and Great Britain squads.

On joining the Herd, Harewood said: “The two years in Canada were great for my overall hockey education. I gained good technical hockey skills for both on and off the ice which has helped me better my game.”

If you want to know more about the CIH academy visit https://www.cihacademy.com/hockey/team-pages/prep-aaa

Ben Davies the younger has a long way to go yet before he can think of breaking into the professional ranks, but he has made a big start.

Below is a list of Welsh men who have played NHL hockey.

The Welsh NHL hall of fame:

In those years ice hockey goalies did not wear face masks.

Cude’s family relocated from Wales to Winnipeg, Manitoba in search of employment and he started playing ice hockey there.

His family emigrated to Drumheller, Alberta in his youth. Only spoke Welsh when he arrived in Canada and when he learned English spoke with an elongated drawl that earned him the nickname ‘Tex’.

Started playing ice hockey at the age of 14 and quickly became a leading junior league D-man. He was a member of Chicago’s 1961 Stanley Cup winning team and played in the 1962 NHL AllStar game in Toronto.