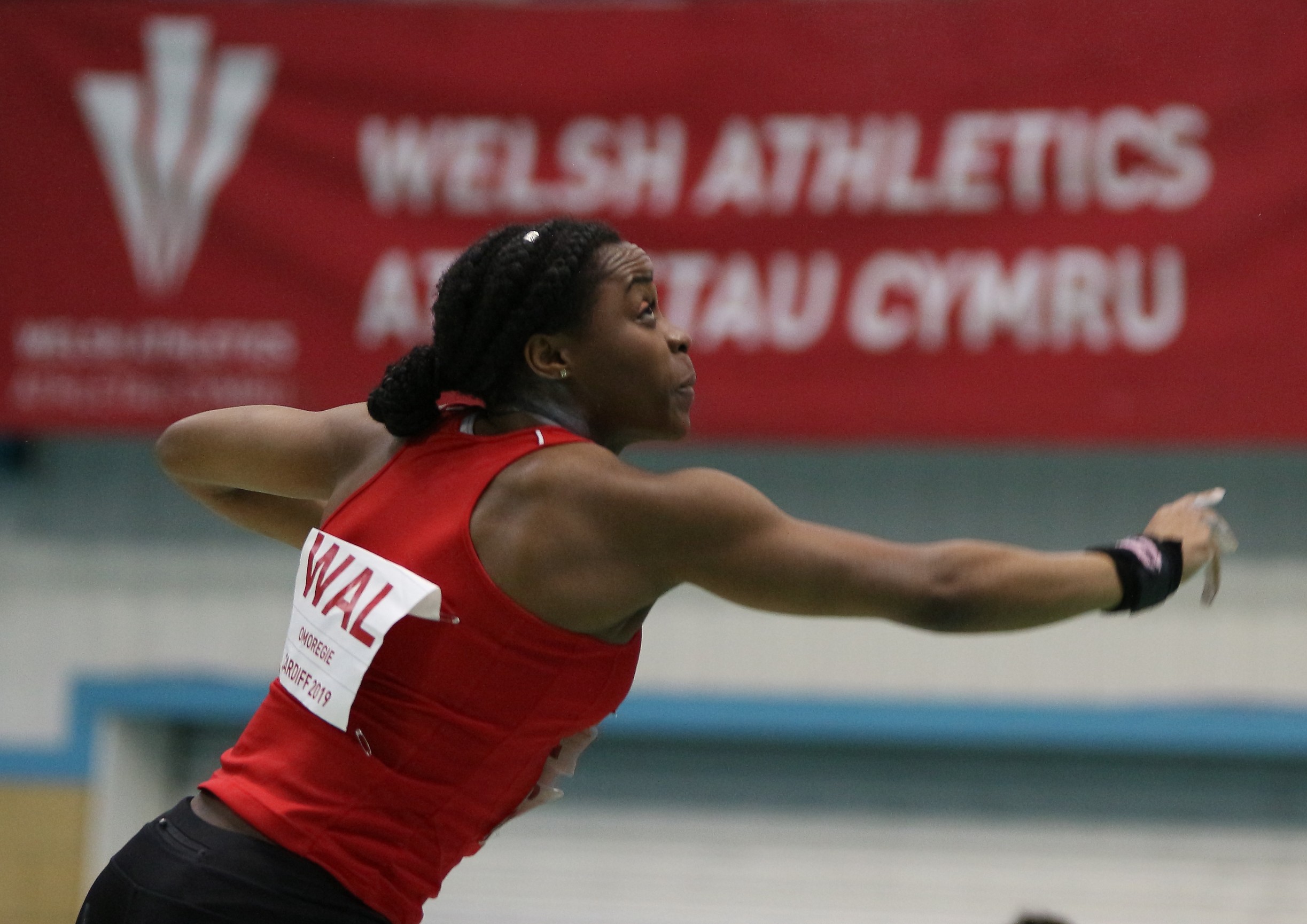 Cardiff’s Sarah Omoregie says she is determined to make her team and family proud in the European Athletics Under-20 Championships shot put final on Sunday.

Omoregie made it a hat-trick of Welsh athletes through to the finals on the last day of the championships as she joined steeplechaser Remi Adebiyi, of Newport, and Pembrokeshire discus star James Tomlinson.

The 19-year-old clinched her place in the shot put final with a first round effort of 15.10m, which placed her third in her pool and the seventh ranked qualifier overall for the final.

After sealing her place Omoregie said: “I was really pumped this morning. I really wanted to go out there and have a good series.

” I didn’t throw as far as I would have liked to. I’d have liked to have got the auto qualification, but I’m happy that I’ve done enough to get into the final tomorrow.

“It wasn’t technically a great throw, but it had something behind it which made it go out. Hopefully I can work on a few things and get it right for tomorrow and do well in the final.”

Asked what she was hoping on Sunday, Omoregie said: “A new PB hopefully, but anything can happen in the final so I’m not going to worry about rankings or where I am coming into the final, I’m just going to try and do my best and throw as far as I can.

“It’s really special to be in the final, I didn’t have a great season last year so I’m so grateful to even be here.

“I’m happy that British Athletics have seen my potential and given me the opportunity to be here, so I’m just going out there to make the team proud and make my family proud.”

Tomlinson and Omoregie contest their finals at 9.05 and 9.30am respectively on Sunday morning, while Adebiyi will be in action at 2.54pm.