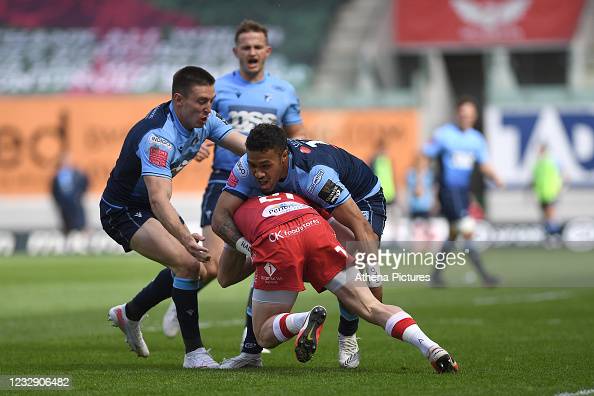 Willis Halaholo is desperate to represent Wales at the 2023 Rugby World Cup and believes Cardiff’s no excuse culture can help him achieve his goals.

After excelling at regional level for the past four seasons Halaholo finally made his Wales debut in February’s Six Nations win against Scotland and having played an integral part in his country’s Six Nations winning campaign, he has now set his sights on the 2023 World Cup.

“Down the line, it’s definitely on my bucket list to reach the World Cup and be able to retire happy knowing that I’ve reached it,” said the 30-year-old.

“At the moment I just want to put my best foot forward for Cardiff and if I’m fortunate enough to make these campaigns like the autumn internationals and the Six Nations then I’ll be gunning for it.

“Rugby wise I don’t think my rugby has improved that much but it’s showed me what it takes off the field, the extra one per cents, to play at test level. I think that’s why I went back to New Zealand and didn’t enjoy as much as I usually do in the offseason.

Halaholo also revealed how much of a difference Dai Young has made to the Cardiff squad since replacing John Mulvihill as director of rugby.

He said: “There’s been a huge difference.

“He’s just picked up the standards a lot. Boys know you shouldn’t just be happy with being a professional rugby player, you should be striving to win, striving to be the best region, and the best in the competition.

“We should be aiming for the top four and he’s really driven those standards. A lot of us older boys have a lot of the younger boys at our heels so that really drives us to keep pushing.”

Halaholo played his part as Cardiff began their United Rugby Championship campaign with a bonus-point 33-21 victory over Connacht at the Arms Park on Friday.

A brace of tries from Owen Lane along with touchdowns from Hallam Amos, Willis Halaholo and Liam Belcher got them over the line and Jarrod Evans and Tomos Williams kicked eight points between them.

The victory for Cardiff came despite fly-half Rhys Priestland being forced to depart the field early after taking a heavy knock to the head.

In a cruel twist of fate replacement, No 10 Evans was also forced off as he hurt his ribs attempting to win the ball in the air, resulting in scrum-half Williams having to play the rest of the game in the unfamiliar position.

Cardiff director of rugby Dai Young said: “I am thrilled.

“Before the game, we would have settled for a bonus-point win and halfway through the first half we certainly would have.

“We have dealt with the adversity of losing two 10s which is not easy but the boys overcame every obstacle.

“Lloyd did a great job and Tomos was excellent when he came on. It’s very hard to spend time practising without your two 10s but they are players of real quality.”