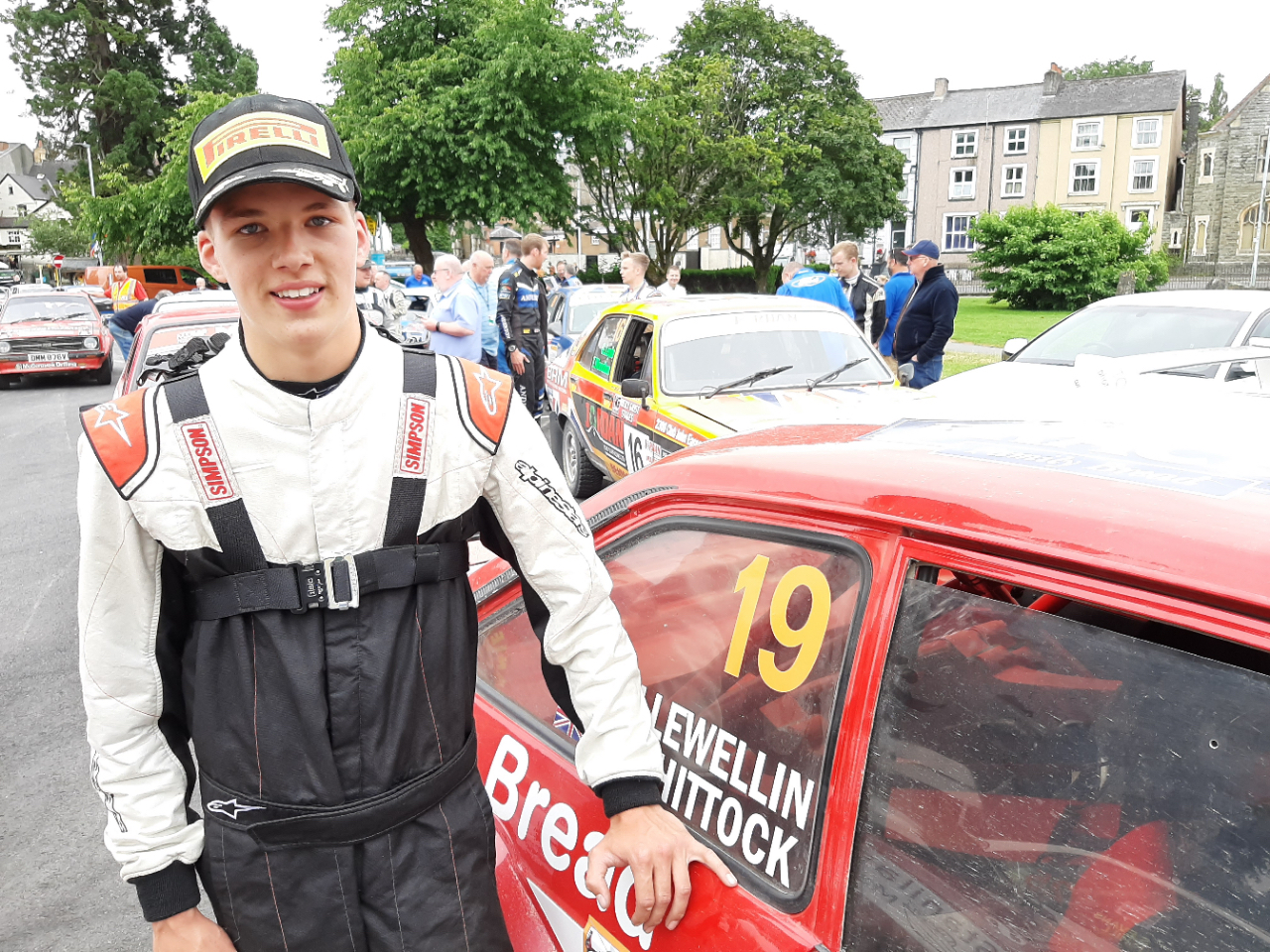 The winning junior driver in this year’s Motorsport UK Pirelli Welsh National Rally Championship will win a prize that every under 25-year old aspiring youngster wants to have – a test in a state-of-the-art R5 spec rally car.

The award has been put together by Craig Parry – a former co-driver who partnered Elfyn Evans to the 2016 British Rally Championship title and who now, following an injury enforced retirement from competition, runs the UK side of OnThePaceNote, which makes and supplies rally stage route notes and safety tracking systems.

The top junior driver at the end of the 2021 season will be invited to drive a Hyundai i20 R5 car, prepared by the PCRS Rallysport squad.

There will also be training days – as many as Covid-19 restrictions allow – for both junior drivers and co-drivers.

Previously, experienced drivers such as Elfyn Evans, Osian Pryce and Jason Pritchard have been guests at these junior training sessions, passing on their invaluable knowledge via discussions and custom-made practical tests.

The winning junior co-driver will receive a cash reward to spend on anything at Nicky Grist Motorsports – while the prize of an invitation to attend a front-running FIA World Rally Championship team’s private test session will return in 2022.

Tom Llewellin won the Welsh junior rally title the last time the series was run in 2019.

However, it was his junior prize drive of a test in a Hyundai i20 R5 that proved to be the icing on the cake.

“The Junior Championship has a very good incentive and to win a test drive in an R5 car was an incredible experience. Philip Case [owner of PCRS Rallysport] sat beside me and walked me through how the car works – and by the end of the day I felt very comfortable driving it at speed. Competing in an R5 car is the next step and where most junior rally driver want to be, so it was an amazing opportunity to get the chance to experience one first hand.

“The training days were also great – and very beneficial for junior drivers like me who are trying to progress through the sport.

“We are lucky in Wales to have some of the very best forestry stages in the world. For me just starting out, it was a bonus to be able to compete on such iconic stages without the extra expense of having to travel around the UK. In addition to the great stages, the competition was very good too. There was always a strong field of cars, and without a doubt doing well in the Pirelli Welsh National Rally Championship puts you on the right road for future success.”

“I’m very proud that 2021 will be the third year that OnThePaceNote has been supporting and working with the junior drivers and co-drivers in the Pirelli Welsh National Rally Championship,” says Parry.

“It’s great to see how the scheme has grown and continues to grow, and we are all working hard to keep that momentum going.

“I’d like to thank PCRS Rallysport for giving us the chance to offer such a great prize, with a test in their latest spec Hyundai i20 R5 for the overall winning junior driver – which you have to admit is a fantastic opportunity for a young driver.

Junior drivers and co-drivers set to benefit from impressive incentives Tom Llewellin says that winning a test drive in an R5 car was an “incredible experience” – and that magnificent prize is once again up for grabs to the winning Junior driver.. https://t.co/k3C013JU9o pic.twitter.com/o3eGvPsiQk

“We had three training sessions planned for 2021, and we’ll run as many as Covid-19 restrictions allow. These training days have proven to be extremely popular, as they concentrate on learning through practical experience, rather than sitting in a classroom and listening. The co-drivers benefit from experienced navigators giving them a better understanding of things like writing pace notes and map reading, while the drivers go out with some of the UK’s most experienced drivers. The feedback we’ve received from junior crews who have attended these training days has been fantastic.”

“The Junior prize of a test drive in a Hyundai i20 R5 is a fantastic opportunity for a young driver to experience a modern Rally2 spec car. It’s surely what every up-and-coming rally enthusiast dreams of driving, and I’d also like to extend my thanks to Philip Case at PCRS Rallysport for making it possible.

“It is also very encouraging to hear Tom Llewellin, the 2019 Welsh National Junior Rally Champion, speak so highly of not only the junior prize but his positive views on how the Welsh National Rally Championship is an ideal springboard for anyone contemplating a future in the sport.”

The opening round of the 2021 Motorsport UK Pirelli Welsh National Rally Championship is the Nicky Grist Stages on Saturday 10 July.