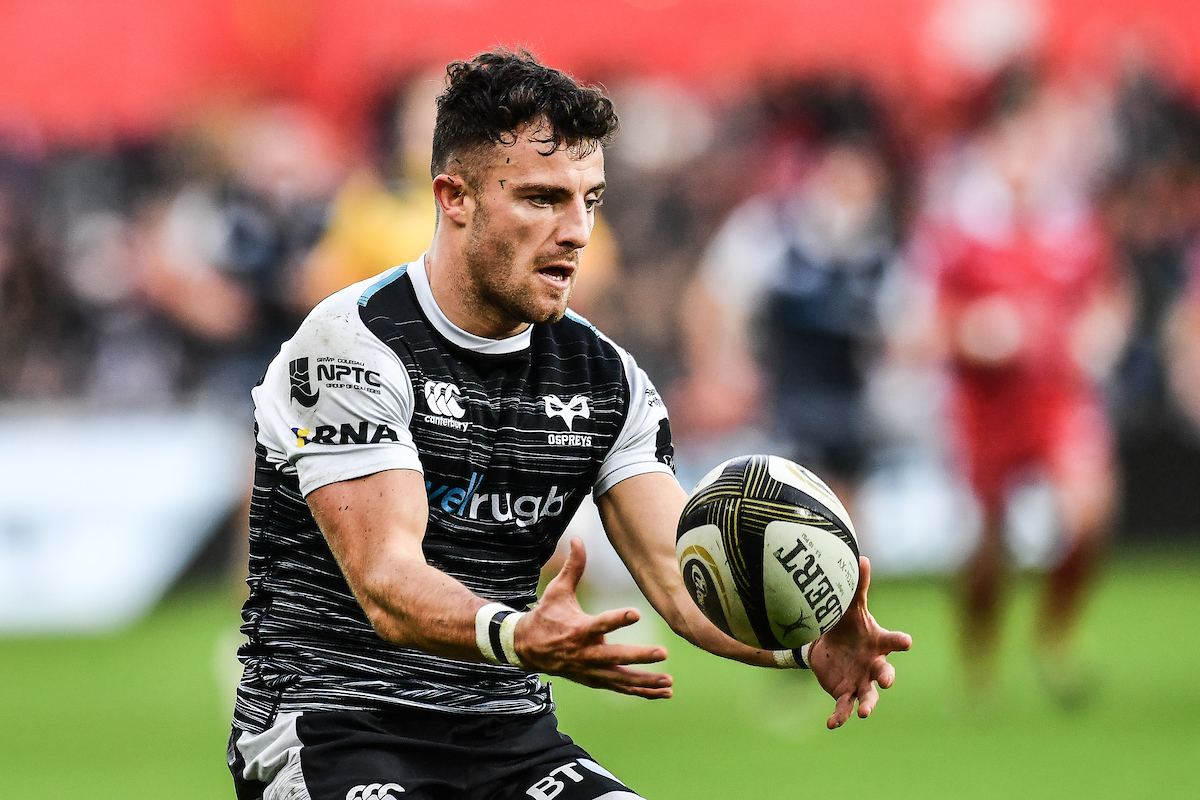 The beleaguered region still only have one win to their name this season, but with a host of senior players missing their young team stood up to be counted in the second half in Paris.

Wing Lesley Klim crossed twice after Luke Morgan had opened the scoring and there were also tries for Luke Price and Shaun Venter as Ospreys grabbed their first point in Pool Four.

But it still was not enough for victory as Racing scored six tries of their own through Louis Dupichot, Juan Imhoff (two), Simon Zebo, Georges-Henri Colombe and Yoan Tanga.

“It’s been a difficult time, but it’s created opportunities for young players who probably wouldn’t have got a Champions Cup opportunity this year,” said Hogg.

“Now they’ve had a sniff of it and it’s given them a chance to learn and improve. It will be invaluable for the long-term development of this region.

“I thought it was a tremendous effort and I take my hat off to the players.

“It was a bit of a roller coaster out there. We came into this game talking about having an attacking intent and I thought early on we were in the contest.

“We gave away a couple of soft tries which put us behind the eight ball a little bit, but this group have shown over the last month they have real character.

“In the second half we kept our attacking intent going and we set a target of scoring four tries. It was great to achieve that and I thought there was some really good stuff out there.

“We put in some good defensive efforts too against a big side. This was an opportunity for us as a team to come and express ourselves on a European platform and in a very unique stadium.

“It was fast and physical and Racing are one of the top sides in Europe. We were able to cope for long periods within the contest.”

Ospreys had 14 players unavailable due to injury, but took the lead through Morgan’s stunning try.

Racing hit back to lead 26-5 at half-time thanks to Dupichot, Imhoff’s brace, and Zebo.

The tries continued in the second half, but a young Ospreys side could be proud of their efforts at the home of one of the favourites to lift European rugby’s biggest club trophy.

Colombe and Tanga grabbed further Racing tries, but it was the Ospreys who finished the stronger.

Klim went past Zebo to score in the 57th minute and there was still time for the Namibian to grab a second after both Price and Venter had crossed.

Racing’s Maxime Machenaud ended the game with five conversions as his team stayed in pole position to reach the quarter-finals.