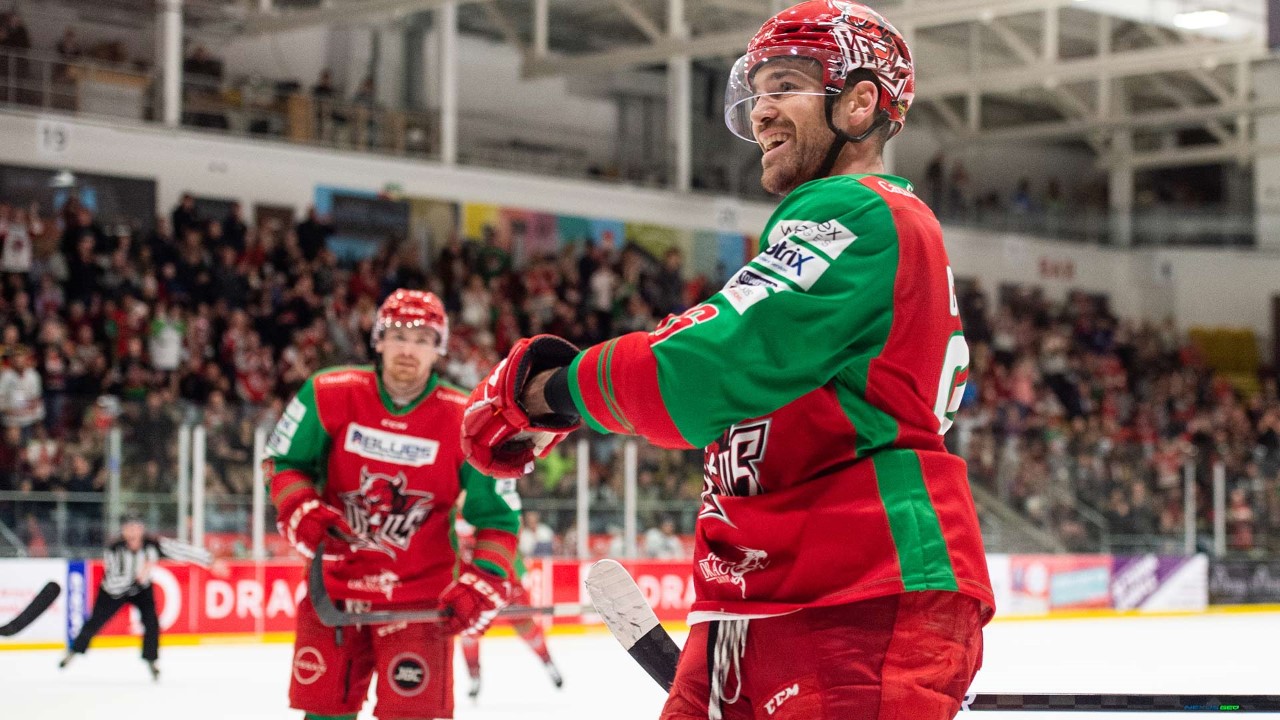 Back-to-back wins over the Easter weekend saw the Cardiff Devils close out the regular season in comfortable fashion as the Glasgow Clan emerged as their play-off quarter-final opponents.

With the Devils having already secured third-place in the Elite League standings, respective 4-1 and 7-3 wins over the Dundee Stars and Nottingham Panthers kept the drama on the ice to a minimum.

But it would already seem the wheels are already in motion for changes at the end of the current season.

Denmark’s ‘Metal Ligaen’ league website reported over the weekend that a deal is already in place between Herning Blue Fox and Devils goaltender Mac Carruth.

Whilst the Devils are yet to respond to the reports, the expected departure of Carruth after an impressive debut season will represent a blow to the team’s planning for next season.

The 30-year-old leads the Elite League with a 93.67 save percentage and will play a crucial role for the Devils if they are to contend for the play-off title.

Jake Coughler heads into next weekend’s games against Glasgow on a three-game point streak after scoring twice against the Stars and Panthers.

After hammering in a one-time effort on the power player, Coughler then dangled around a Stars defender and goal Adam Morrison to put the Devils up 4-1 with his second goal in 109 seconds.

Crandall again opened the scoring in Sunday’s convincing win over Nottingham and Coughler gave the Devils a 2-0 lead finishing off a pass from Trevor Cox at 18:34.

The Devils continued to dominate in the middle frame with two more goals.

Josh Batch fired an innocent-looking shot from the corner along the Panthers’ goal line that somehow snuck in past Downie at 28:28, before Coughler grabbed his second goal of the night at 34:22, after taking a pass from Riley Brandt.

The Devils held on to the four-goal lead into the second intermission then early in the third period, the parade of goals continued with Josh Waller beating Downie at 42:45. The Panthers came alive seven minutes into the final period when Aaron Thow broke Carruth’s shutout attempt at 47:27. Less than two minutes later, Mark Matheson crashed the net and tucked the puck past Carruth to make it 5-2. Just over a minute later, Christophe Boivin pulled the Panthers within two, making it 5-3 at 50:19.

But the Devils were not done scoring yet. Cole Sanford’s rebound was directed onto the stick of Cox, who buried the puck into the open net at 51:54. Sanford finally got his goal in the end, rounding off the scoring at 58:02, making it 7-3 for the Devils.

Carruth made 36 saves for the win with Coughler picking up the Man of the Match for a successive night.

The Devils will begin their play-off run against the Clan at Ice Arena Wales next Saturday night (7:30pm) with the second game in Scotland the following evening (6pm).

Tickets are still available for the home leg via the team’s official site.