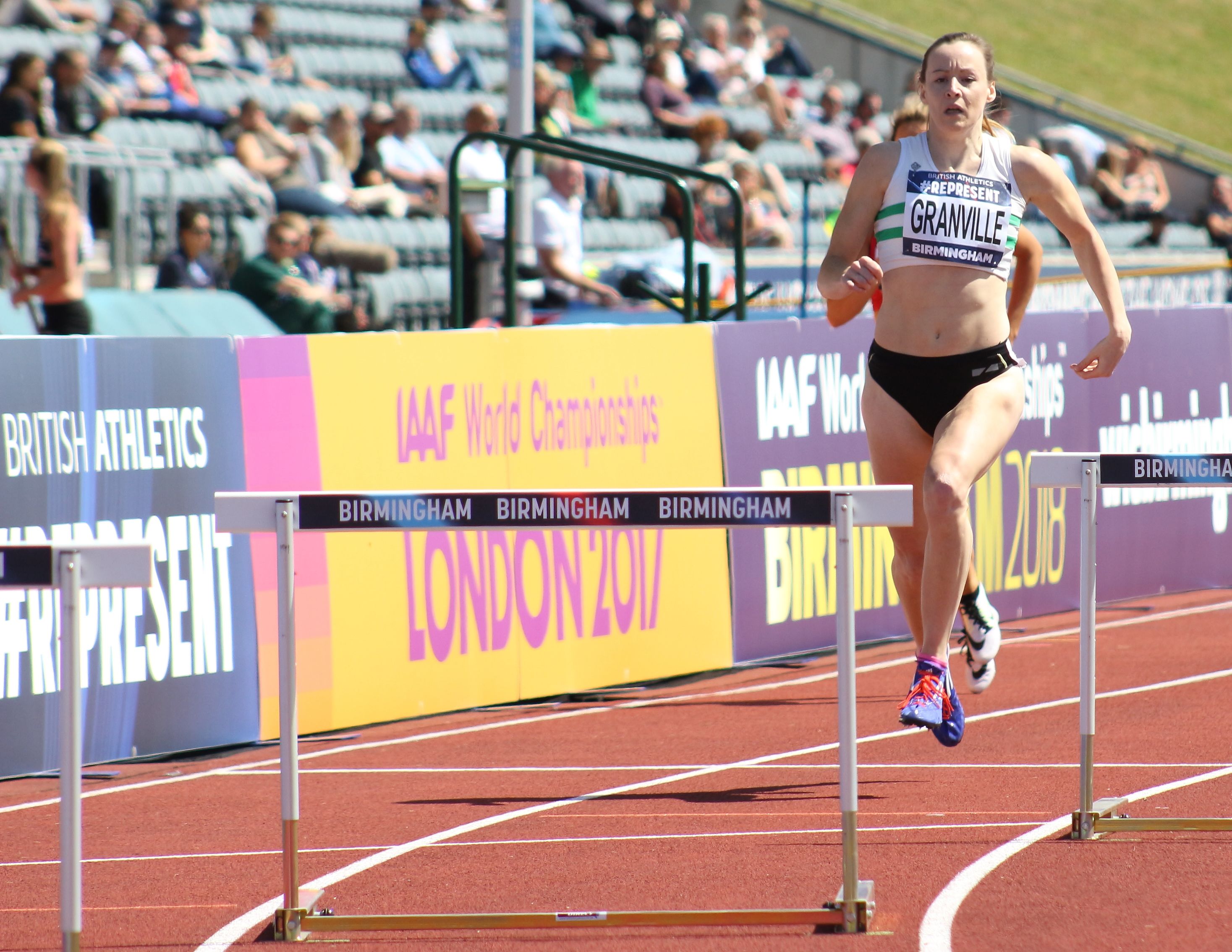 Welsh Commonwealth Games hurdler Caryl Granville showed she is running back into form in time for this month’s British Athletics Championships with two wins at Swansea Harriers’ UK Women’s Athletics Fixture in Wigan on Sunday.

Granville, who was plagued by injuries for a year since competing for Wales at the Gold Coast Commonwealth in April 2018, claimed a hurdles double as the Harriers finished third in their final fixture of the 2019 UKWAL season.

Granville won the 100m hurdles B race in 14.48 and clocked a season’s best time of 57.78 in the 400m hurdles A race as she helped the Harriers to a fifth placed finish in Division One.

Another of Swansea’s Commonwealth Games athletes Hannah Brier finished second in the 100m A race, clocking a time of 12.07.

Meanwhile, Olivia Caesar earned excellent points for the club by winning the 400m B race in 57.31.

At the same meeting, the Swansea Harriers men’s team were competing in their British Athletics League match where they finished fifth to give them a fourth placed finish overall in Division One.

The 5000m A race saw Swansea’s Welsh and Great Britain international Kris Jones produce an excellent performance to comfortably win in a time of 14:17.08. In the B race, Elliott Lawrence clocked a personal best of 15:10.37 to finish third.

Nathan James claimed another win for Swansea in the javelin B string with a throw of 52.35m.

Ceiron Hopkins was second in the A string long jump with a leap of 7.01m, while Jack Houghton recorded a personal best to finish second in the B string competition with 6.08m.

There was also a second place for Patrick Swan who registered 15.96m in the shot put, while he also placed third in the discus with 43.75m.