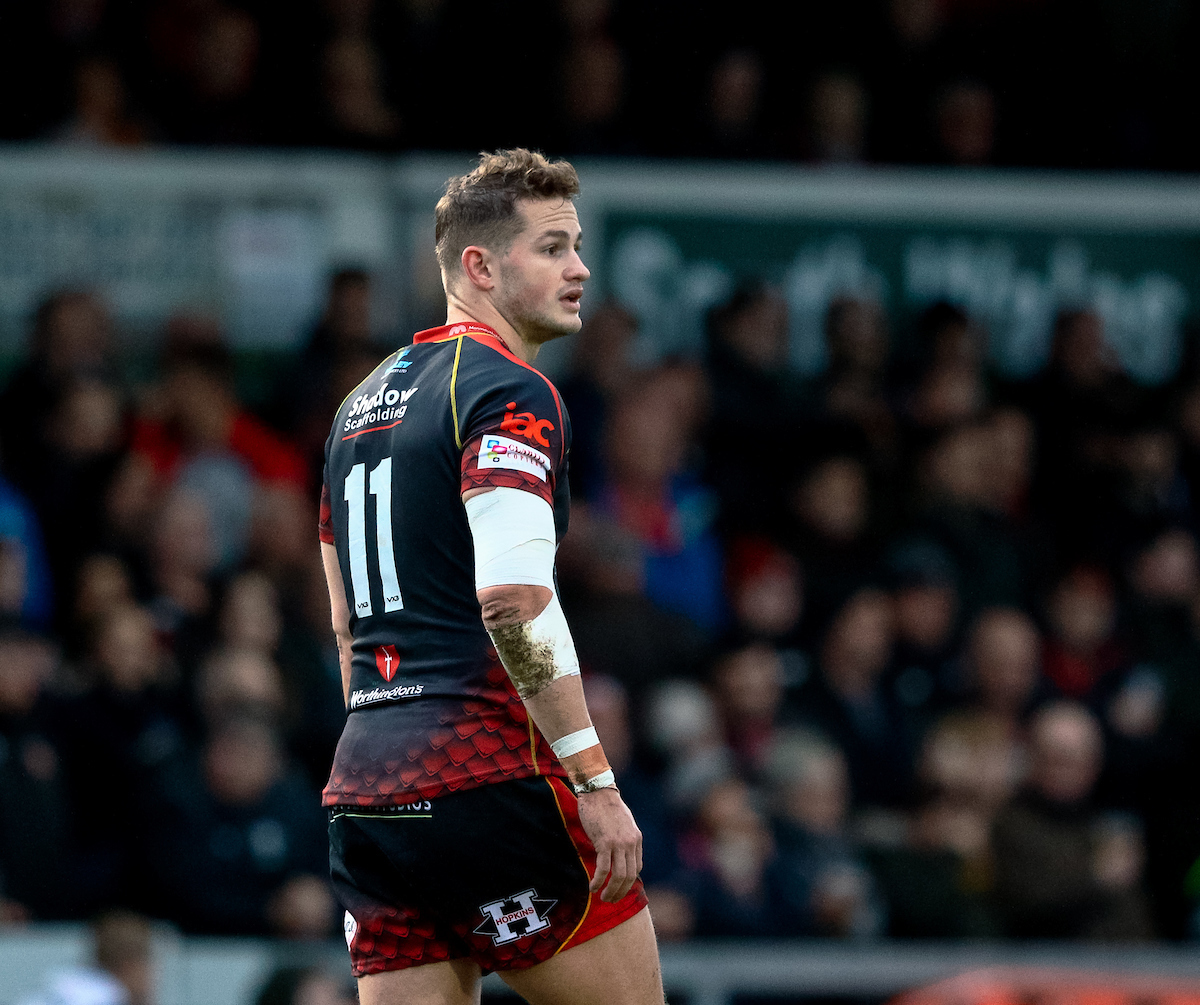 Hallam Amos has revealed a liking for the plastic pitch at the Arms Park was among the factors that swayed him to leave the Dragons for the Cardiff Blues.

The Wales wing will join the Blues at the end of the season after his move was confirmed just 48 hours after that of fellow international wing Josh Adams, who is arriving from Worcester.

Some players have expressed their views on the Blues’ artificial surface by posting pictures of burn marks suffered during matches, but Amos has spoken of his liking for the fast style of rugby it can produce.

The 24-year-old said: “I love playing on that Arms Park pitch. It creates a fast game and with the players Cardiff have and are signing, we can play a really open and high-paced game which is exciting for both players and supporters.

“The strength and depth in the back three and competition for places will help me take my game to the next level. It’s already such a strong area and I have already played with the likes of Matthew Morgan, Jason Harries and Aled Summerhill, while I know Owen Lane.”

Amos, a medical student at Cardiff University, won the last of his 19 caps in February when coach Warren Gatland fielded a much-changed side for a 26-15 win away to Italy that formed part of the Six Nations’ champions Grand Slam.

“I’ve been involved in the Dragons set-up for a decade and I am so thankful to them for giving me my first opportunity as a professional.

“They have been brilliant in allowing me to combine rugby and my medical studies and I will leave Rodney Parade with lifelong friends.

“But I am getting to the stage of my career, especially with my degree nearing its end, where I will benefit from a fresh environment and what John Mulvihill and Cardiff Blues are doing is fantastic.”

Amos can also play at full-back or centre, with Cardiff coach Mulvihill saying: “Hallam is a hugely impressive man and a very talented wing and full-back who will really thrive within our competitive environment.

“It gives us real strength and depth and a competitive edge in our back three. The signing of Josh Adams and now Hallam will bolster and really complement our already exciting back three.”

This week saw Wales rugby chiefs confirm that the four existing regional sides – Cardiff, Dragons Ospreys and Scarlets – would continue to play as separate clubs for the 2019/20 season.

The statement by Wales’ Professional Rugby Board came after plans to merge western rivals the Scarlets and Ospreys, thereby creating space for a new side in north Wales, collapsed.