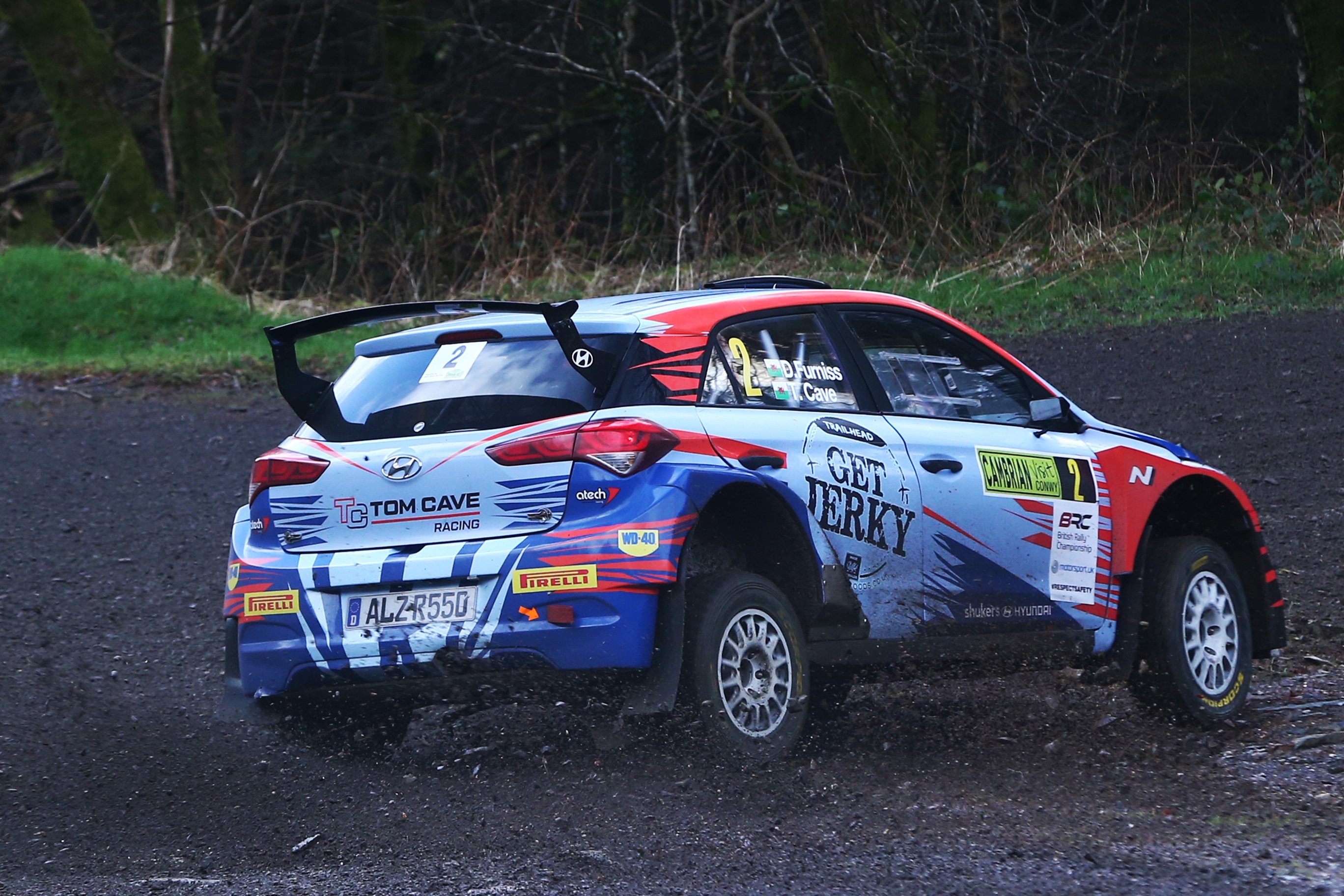 Tom Cave proved he has the pace to be a British Rally Championship title contender again this year.

Tom Cave was left, quite literally, between a rock and a hard place on Saturday’s Visit Conwy Cambrian Rally – for having led the event for the opening two stages, a collision with a rock on stage three saw a potential victory slip away.

The 28-year old Aberdyfi driver was hoping for a good start to his British Rally Championship campaign, having been a top title challenger in recent years.

Partnered by Llanfyllin-based co-driver Dale Furniss, Cave was 1.7 seconds ahead of the eventual event winner Matt Edwards going into the Penmachno forest stage, but his chances of victory vanished when he drifted a little wide and clipped a rock with the rear nearside wheel. The impact was enough to break the alloy and puncture the tyre, forcing him to stop his Hyundai i20 R5 at the side of the road to change the wheel.

Over three minutes were lost, and now down in tenth place Cave only had four stages left to salvage what BRC points he could – which he did in some style, securing a sixth place finish.

“I was pleased in the knowledge that we were on the pace right from the start,” said Cave. “I felt at home in the Hyundai from the word go. The PCRS team knows how to build a reliable car and set it up just how I like it. So, even though the competition was tough, I knew we had a great chance of a top result.

“It therefore came as quite a blow that when we clipped a rock on the outside of a fast right-hander, the consequences were as severe as they were. All we could do from then on was exactly what we did and bring home as many points as possible. We have the team, the car – in fact the whole package – to challenge for the British title, so we’ll now re-group and focus on the next event.

“Thanks go to Dale and the team for a job well done and our sponsors for their invaluable support.”

One thought on “Cave Rocked After Flying Cambrian Rally Start”