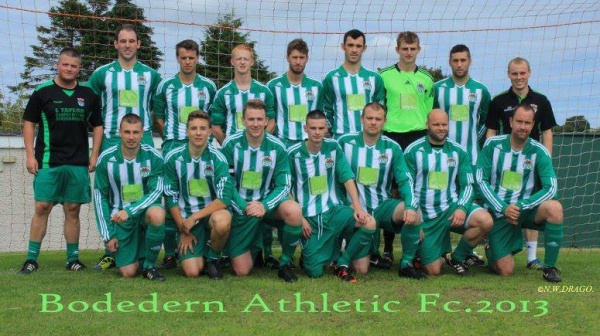 Welsh National League clubs are on a charge in the Welsh Trophy.

There are three WNL clubs – Cefn Albion, Plas Madoc and Corwen – in the quarter-finals.

Cefn Albion were 3-0 winners against Bow Street, while Plas Madoc defeated Berriew 3-2 and Corwen earned a 6-1 success over Pwllheli.

All of Cefn’s goals came in the first half Jimmy Jones, Conner Kendrick and 17-year-old Zac Davies.

There will be at least one WNL team in the Trophy semi-finals after Corwen were paired with Cefn Albion.

Their meeting at War Memorial Park guarantees a Premier Division representative in the last four.

Plas Madoc have been handed a home tie against Pontardawe Town, who edged past Swansea University 3-2. A last minute free-kick by Nicky Williams secured victory for manager Ryan Roberts team.

Madoc have been drawn at home against Pontardawe and Roberts says: “Our lads battled from start to finish. It was an amazing performance and I am proud as punch.

“The belief I have in these boys is unreal. We are now in last eight and the lowest ranked team left in it, but I guarantee nobody will want to play us at The MUGA.

“I am so proud of everyone involved with this amazing club.”

Llangefni have already have a stirs after defeating Llanelli Town in the JD Welsh Cup.

Llangefni Town are through to the last eight for the third year running after their 4-0 win away to Welsh Alliance League rivals Llanrug United.

There were five changes to the team that beat Llanberis a week earlier with Dan Thomas, Steve Kehoe, Marvin Pritchard, Alan Owen and Iwan Jones all starting.

The visitors extended their lead on 70 minutes when Alan Mark set up Kevin Lloyd and he cut in from the left to finish from 15 yards out.

Iwan Jones added the third after 87 minutes. A Kev Lloyd free-kick was whipped in to Alan Mark, whose shot was saved United ‘keeper Dylan Roberts. The rebound fell for Jones to smash in.

Victory was sealed in the 90th minute when substitute Cai Roberts was pulled down in area. Alan Owen stepped up to score against his former club and finish off an impressive win.

Pontardawe Town are through to the quarter-finals in their first season of FAW Trophy football, beating Swansea university 3-2.

It was a big occasion at Parc Ynysderw with with Ponty using their own changing rooms for the first time.

Referee Jordan Harman and his fellow officials, Cilan Thomas and Lyndsey Brown, were excellent in a match which saw Pontardawe upset the odds.

Levi’s goal was well taken, but almost immediately from the kick off a great finish by Dan Briggs levelled the scores.

Am own goal gave Uni the lead again, but on the hour Josh Dorward scored a beauty from outside the box which gave Luke Wallace in the University goal no chance.

It was Declan Horgan-Evans who fired the winner after 90 minutes.

Plas Madoc remain unbeaten in the WNL with 13 wins and a draw from their 14 fixtures.

“It’s unbelievable to be in this position,” said manager Ryan Roberts. “It makes all our hard work worthwhile.

“I would pit my lads against a team in any division of the Welsh leagues.”

Brothers Nicky and Jamie Williams have scored more than 40 goals between them, while younger brother Josh is a playmaker in the team.

Joshua Brogden and Asa Lloyd both scored twice in a 4-1 win against Penydarren BGC to earn a place in the the FAW Trophy quarter-finals.

Corwen earned a place in the Trophy last eight for the second time in three seasons, winning 6-1 against Welsh Alliance Division Two side Pwllheli.

Dale Davies fired a hat-trick against a Pwllheli team who had Ifan Gwilyn set off on a straight red card.

The teams were level at 1-1 going into the second half. Joe Williams mussed a Corwen penalty early in the game and then, after six minutes, Gareth Jones-Evans poked the ball into the far corner to give Pwllheli the lead.

Ryan Billington equalised after 22 minutes and that was the half-time score.

Corwen took the lead with 57 minutes gone when Davies went round the Pwllheli goalkeeper and scored,

Gwilym was dismissed soon after and Corwen made the man advantage count.

Davies scored his second goal with 78 minutes gone, converting an Evans pass, and then completed his hat-trick in the second minute of injury time.