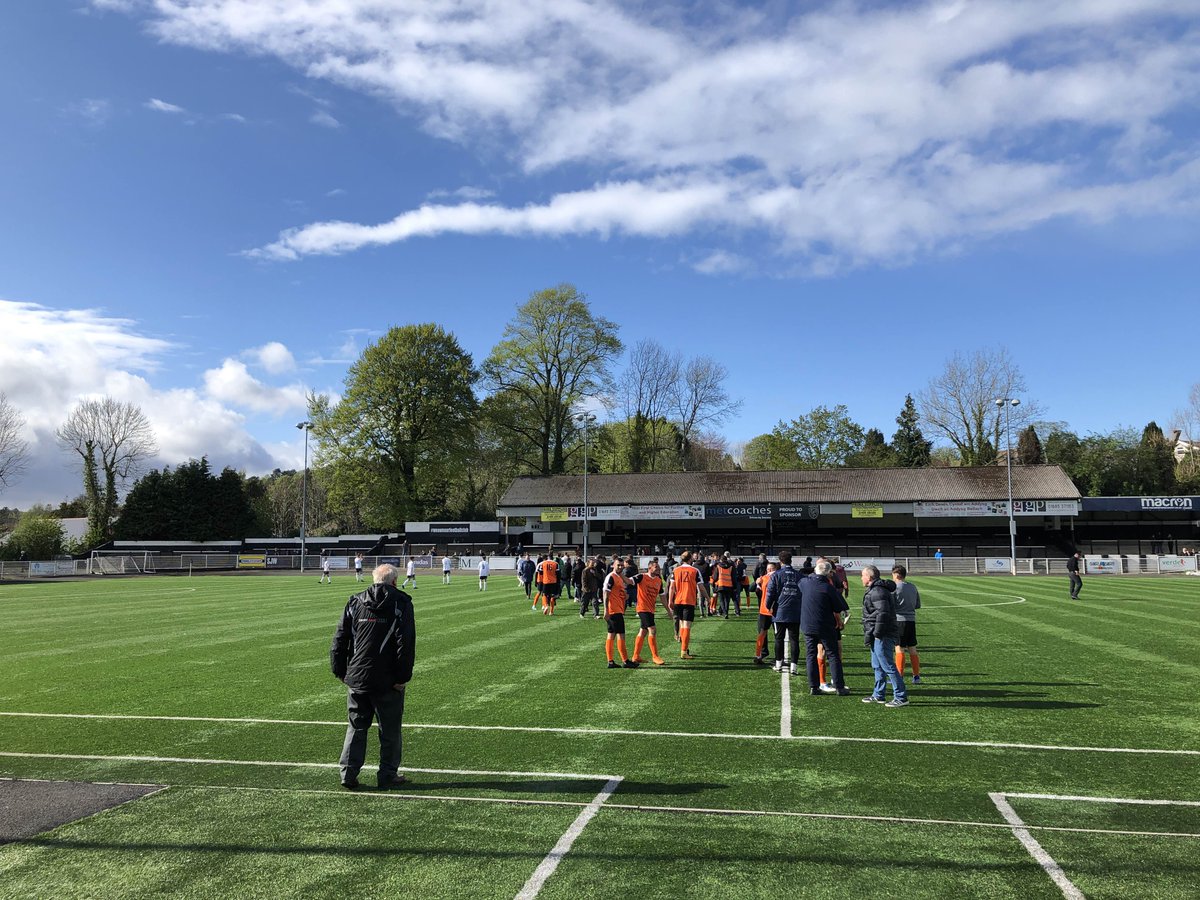 There were wild celebrations at Merthyr Town after the final EvoStik Southern League match of the season.

More than 350 spectators watched the Martyrs slip up at their MetCoaches Community Stadium home – and that sent Casuals players, management and fans into raptures.

The Surrey club won their last two fixtures of the season and jumped out of the bottom three, condemning Basingstoke to relegation along with Frome and Staines.

Jay Foulston scored for Merthyr, who finish in mid-table after a season in which they threatened to challenge for the play-offs but were unable to back up their intent.

Erratic home form plays a major part in Merthyr’s failure to launch a meaningful play-offs challenge during 2018-19. They have dropped 34 points on their own pitch, which has been a major disappointment.

Manager Gavin Williams, though, has struggled through financial problems and his squad was hit hard by injuries.

Centre-forward Ryan Prosser and Owain Jones both hit the Casuals’ bar before the visitors scored their first with Tommy Brewer heading in after 17 minutes.

Walton made it 2-0 when James Ewington scored after a long, high ball was caught in the wind and cause Merthyr problems. Ewington rounded the goalkeeper and scored after 37 minutes.

Substitute Jarrad Wright headed over from a Kerry Morgan corner, while Foulston pulled a goal back three minutes into injury time.

Weymouth won 3-0 at home against Farnborough to win the Premier title and earn automatic promotion, while Taunton, Metropolitan Police, Salisbury and Poole are in the play-offs.