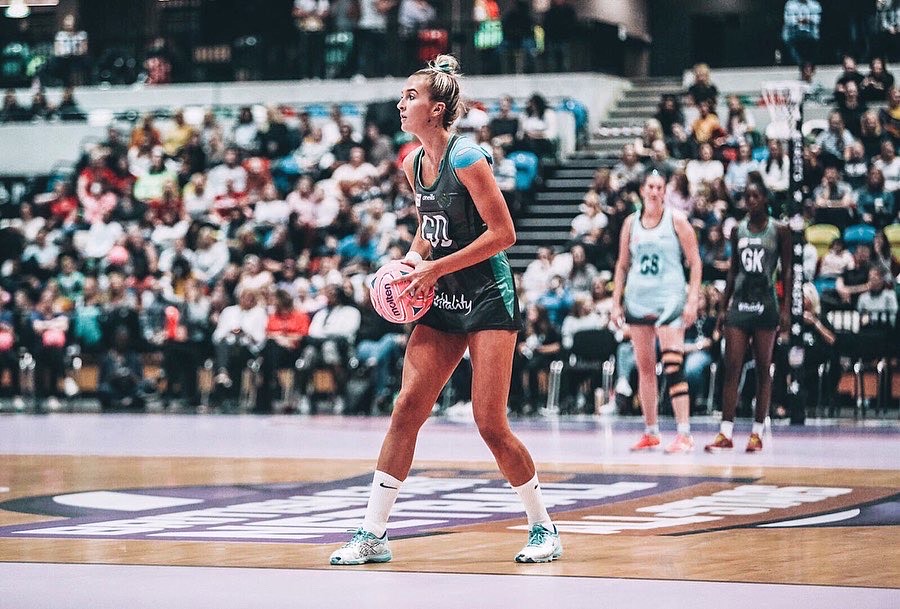 Defender Leila Thomas admits she is fired up over her return to Celtic Dragons for the Vitality Netball Superleague season.

The 19-times capped Wales international has already had two seasons with the Dragons and one at Team Bath during her Superleague career.

Thomas was unable to take part in the truncated 2020 season due to her studies but has just graduated from Cardiff University with a degree in biochemistry.

And she is relishing getting back playing with the Dragons who she last represented at the 2019 British All-Stars Fast5 competition in London where they reached the semi-finals.

“At Celtic Dragons, the definition of ‘team’ is truly shown on and off the court,” said Thomas, who has just started work as a research and development technician.

“My short-lived experience of the ‘new-look’ Dragons side at Fast5 last season was testament to this, so I’m fired up and more than ready to get back out on court with the Dragons this season!

“In 2021, I want us to develop and solidify an original, fiery and feared style of play with the new-look Dragons squad, in order to secure a top five position in the Superleague table.

“I think this is possible from our performance at Fast5 and the promising performances that the girls put out on court at the start of the VNSL 2020 season – with so much fluidity and movement across all franchises I believe everyone is a contender in this league.”

Thomas, who competed at the 2018 Commonwealth Games, also won silver with Wales at last year’s Netball Europe competition in Belfast

The 22-year-old is also a familiar face at the top end of South Wales club netball, having represented both Cowbridge and Pontypool Netball Clubs.

Dragons’ Director of Netball, Tania Hoffman, said: “Leila is one of Wales’ most exciting young defenders and has a huge career ahead of her, both in Superleague and internationally.

“She is a diligent and committed athlete and a fantastic role model for any aspiring netballer.

“Along with Abby [Tyrrell] she will be a massive part of our plans for the defensive end in 2021 and I know the best is yet to come from Leila who is so passionate about this team and about what she wants to achieve this season.”