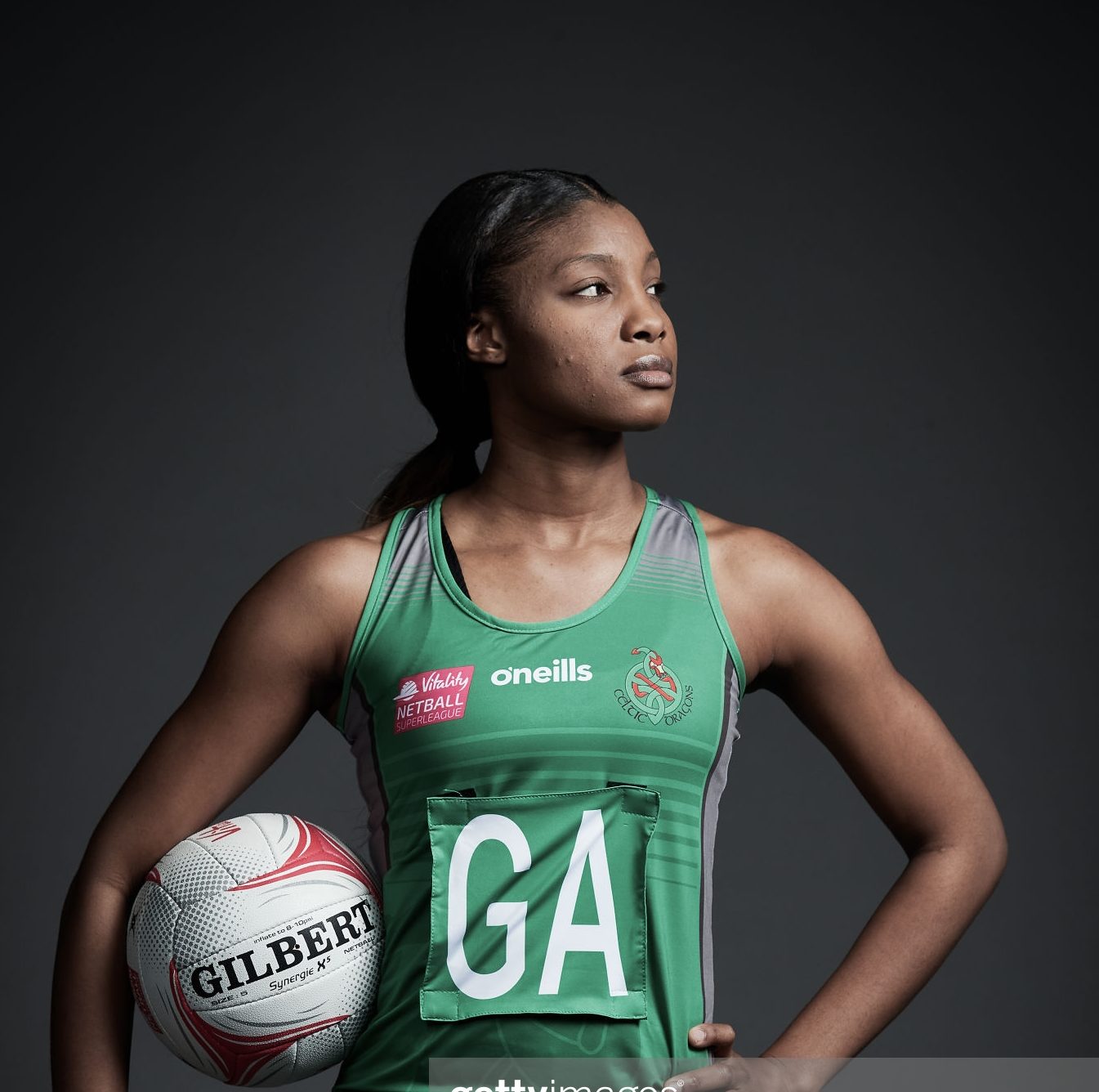 Rebekah Robinson insists the Celtic Dragons can be the surprise package of this season’s Vitality Netball Superleague, which kicks off on Friday night.

The Dragons’ co-captain will lead her team into action against the Leeds Rhinos – the league’s newest franchise – determined to make a fast start to the new season.

Jamaican international Robinson is leading the Dragons this season alongside Sophie Morgan and the action starts with all 11 teams figuring in a four-day festival under one roof at Studio 001 in Wakefield, Yorkshire.

On Saturday, the Dragons play their second match against Team Bath and Robinson reckons the Cardiff-based team can this season defy predictions that they will again operate in the lower reaches of the table.

“We want to keep building this year and if we do that, I think we can surprise people by the end of the season,” says Robinson, who is in her second campaign with the club after a first that lasted only three games because of the pandemic.

“I’m excited to have this opportunity again with Celtic Dragons and I’m really looking forward to it. To have the chance to be co-captain with Sophie this year means so much.

“She is always willing to listen and hear your suggestions. We are very like-minded in terms of what we want from the team – consistency is something we push for daily and we want to improve in every game.”

Robinson – who was part of the Jamaican squad that won bronze at the 2018 Commonwealth Games – has already seen close up what lies in store for the Dragons as she was selected for the warm up for the new season by featuring for the Superleague All Stars against England.

“That experience was one in a million, I loved it,” she said. “It was amazing to see different players and styles coming together and I learned a lot.”

Another player to watch for the Dragons this season could be Annika Lee-Jones who has arrived from Sunshine Coast Lightning in Australia.

Not only is she armed with experience from the top league Down Under, but her height – she is 6ft 4in tall – will give coach Tania Hoffman plenty of options at both goal-keeper and goal-shooter.

“We are very lucky to have Annika as part of our squad for 2021,” said Hoffman.

🔍 Annika Lee-Jones, who plays both GK and GS, is swapping Suncorp Super Netball for the Vitality Netball Superleague and has joined Celtic Dragons for the 2021 season.

“The bonus for us is Annika plays both ends of the court and we are looking forward to exploring what that looks like for her and Celtic Dragons.”

Leeds are the new girls of the league but they have the weight and experience of the rugby league Rhinos organization behind them – a sporting tie-up that would benefit the Dragons if they were ever able to link up with Cardiff City or Cardiff Blues.

Good luck to @RhinosNetballSL who play their first @NetballSL game, this evening.

An exciting moment for netball in #Yorkshire! pic.twitter.com/nn65RMwp1M

The Rhinos netball operation have their own staff to help grow the game, the franchise and the fanbase, as well as provide young netballers in Yorkshire with a pathway to an elite team.

They have recruited well, too, attracting England Roses internationals Jade Clarke and Vicky Oyesola, as well as players from the powerhouse leagues of Australia and New Zealand.

The Dragons v the Rhinos will see the first centre pass take place at 5.15pm with broadcast coverage on Sky Sports starting at 4.45pm.