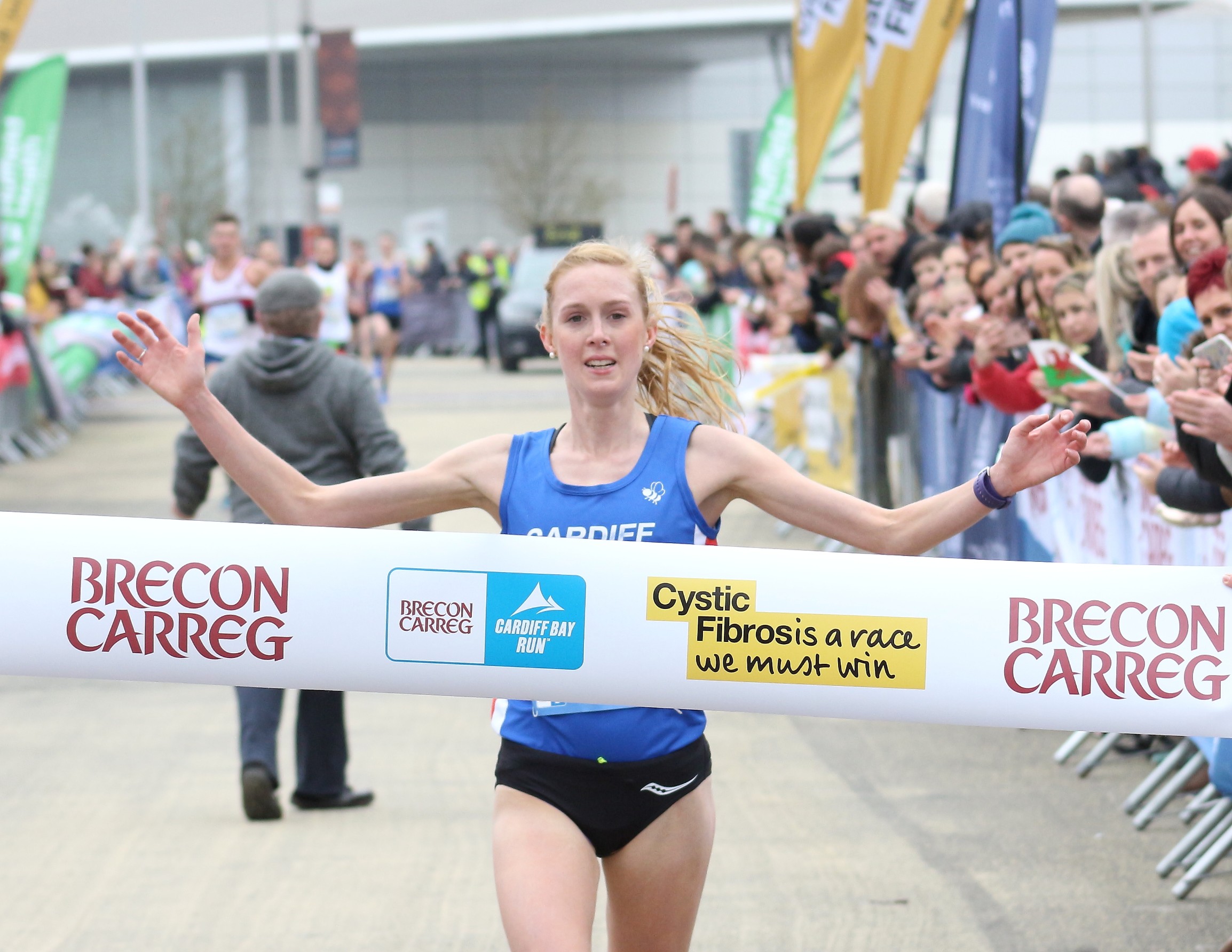 Charlotte Arter is reaping the rewards of her decision to take a break from her day job to concentrate full-time on her athletics career.

Last autumn, the Wales and Great Britain international decided to take a one year break from her post as a performance sport officer at Cardiff University.

Such has been her form in the past 12 months, the Cardiff AC athlete has now extended her career break for another year in order to focus on trying to qualify for next year’s European Athletics Championships in Paris and Tokyo Olympics.

Arter says she is enjoying life as a full time athlete, although the switch took a little time to adapt to.

“My summer season wasn’t particularly great on the track, but I’m coming back into really good shape now,” she said.

“I think it just takes a little bit of time to get used to, but I’m certainly enjoying the full-time athlete life, spending a bit more time on all the finer details.

“I’m obviously hugely grateful to Cardiff University for allowing me to do that. I actually popped into the office the other day to sign a form to extend my career break for another year.

“So, I’m going to give it another shot and see what we can do building into the Olympics, the Commonwealths, and the other major championships coming up in the next few years.

Asked what the main benefits of full-time training were, Arter said: “I think resting a bit more and getting more sleep. Just not rushing around as much trying to fit everything in.

“I’ve got a completely different schedule with a bit more time allowing me to fit everything in, such as recovery, more stretching, rolling, doing more rehab and doing a bit more in the gym strength-wise.

“Rather than doing everything before work and after work, I can spend more hours in the day doing that and not rushing from one thing to the next.

“So, I think a bit slower pace of life, I guess, more recovery and taking a bit more time to do all the little things really. They’re the main things.

It is the second long-standing national distance record she has wrestled from Wales’ famous Tooby twins – Angela and Susan – set way back in the 1980s.

Arter was delighted to have added another three-decade-old record to her collection, on the same day that Susan Tooby’s 31-year-old Welsh marathon record fell to Cwmbran’s Natasha Cockram.

Arter said: “It was a great weekend for Welsh athletics overall, really. On a personal note I was really happy with how my race went. To get the win is what you always try to do when you go to any race, but to come away with a big PB and a Welsh record, I couldn’t have asked for much more really.

“The records have been standing for so long, it’s an honour to put your name down and be in such good company.

“It’s always a great privilege to get your name in the record books. The fact that Natasha and I could get the records on the same day, taking the Toobys’ records, made it a special day.

“It’s great that there’s a wave of athletes coming through now who are performing on a national and international stage.

“To be in that momentum of records getting broken and athletes running so well across Wales, it’s great to be a part of, and, hopefully, inspiring some of the younger generations.

“Hopefully, we can improve over the next few years and try and take some more time off these records and improve our performances as we go on.

“It’s funny how it can take that time for records to get broken and it’s nice that it’s happening now and that you’re part of that with others doing extremely well too with the likes of Melissa (Courtney) and Natasha. It’s great to be part of.”

Arter feels it is no coincidence that the Tooby twins’ long standing records are at last being picked off one-by-one by today’s generation of distance runners.

“The performance programme within Welsh Athletics is absolutely fantastic,” she says.

“That, without a shadow of a doubt, has played a huge part in my performances – the support I’m getting through them in all the fine details to try and refine the performance is obviously making a huge difference, and that’s making a difference across the board.

“I think it shows the performance programme and the support we’re receiving is helping to produce these results.”

24 hours later and I still don’t think it’s sunk in…31.34, PB, Welsh Record and the win at #AbbeyDash. Couldn’t have asked for a better race! Great performances all round from @WelshAthletics squad 🔥 pic.twitter.com/fqTZbl7gkV

Arter says her main focus now is continuing her cross country success, which saw her represent Great Britain at last year’s European Cross Country Championships, an achievement she is hoping to emulate this year in Portugal.

Her bid got off to an excellent start last month when she won the first leg of the British Athletics Cross Challenge in Cardiff and she is now targeting the European trials in Liverpool later this month.

However, with the European Athletics Championships and Olympics looming on the horizon next year, and the Birmingham Commonwealth Games in 2022, Arter admits she also has an eye on next year’s track season.

An automatic place on the plane to Tokyo would be secured by achieving the qualifying standard of 31.25 before 21 June 2020 and a top two finish at the 10,000m trial held at the Highgate Harriers Night of 10,000m PBs next May.

“I’m trying not to think too far ahead, although I guess it isn’t really that far ahead,” says Arter of the possibility of representing GB at the Tokyo Olympics.

“My main focus at the moment is the cross country, but the time I ran at the weekend shows I’m not a million miles away from that standard, so it’s kind of come back into my thought process a little bit.

“I guess the time has given me the confidence to know that I can get close to the Olympic standard, then I guess you’ve just got to deliver it.

“We only really get one shot as 10,000 metre runners – at Highgate in May. So all focus will be towards that once we’ve done the cross country season and just try and keep in the best shape as possible, keep injury free, keep the momentum going and see what I can achieve.”

With the 2018 track and field season having started early due to the springtime Commonwealth Games in Australia and the 2019 season having finished late due to the Doha World Championships, the 2020 season will revert to a more traditional format.

Arter says: “Everything was late this year, whereas everything’s a bit more normal next year, so if I can keep the strength up that I’m building over the winter months and transfer that onto the track, you’ve got to start to believe you can run those times.

“It will be quite nice going back to doing Highgate in May and then having the British Champs at the normal time. There are the European Championships next summer as well, so that’s my main target really, to try and qualify for those as well.

“I’ve just got to keep working hard, keep injury free and keep the momentum going and see what I can do when it gets to May time.

“But when you do run that on the roads and you see that the qualifying time is – I think 31.25 – then you think ‘I’m not a million miles away’ and you’ve just got to believe that you can get down to that time on the track.

“So it does give you belief and a big confidence boost moving into the winter and then into the New Year.

Arter is also excited at the prospect of possibly representing Wales at what would be her first Commonwealth Games in 2022.

“It’s amazing that it’s in Birmingham and being able to have all our family and friends come to support us,” she said. “

“To have a home games, and it would be my first Commonwealth Games, would be something really exciting. To have it here in UK would be pretty awesome.

“There are lots of major championships coming up, it’s an exciting couple of years. I’m just going to try to put everything together to make it all count.”