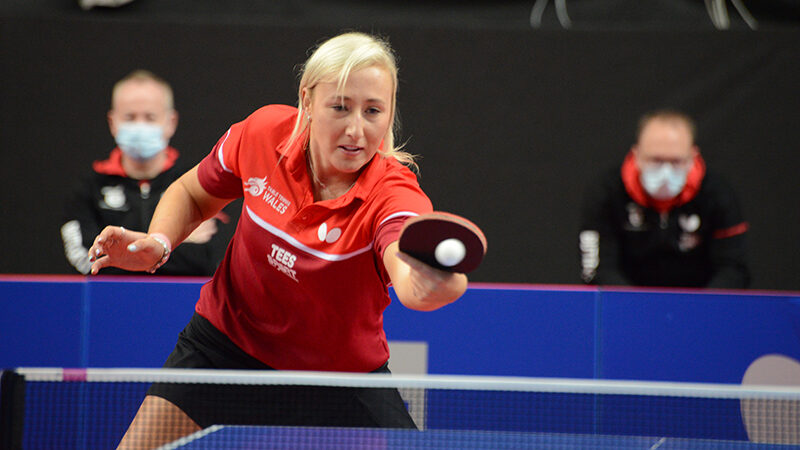 Charlotte Carey fought to the end but finally saw her Olympic dream ended after another seven game thriller in Portugal.

The 24-year-old lost her second phase European Singles Qualification Tournament to Bulgaria’s Polina Trifonova, who had ended her fellow Brit Tin-Tin Ho’s Tokyo hopes in the first phase of the competition.

Carey, ranked 151 in the world, staged a comeback from 7-2 down in the sixth game to win it 11-9 to set-up another deciding game.

But, belying her ranking of 480, Trifonova took a 5-0 lead in the seventh game from which there was no way back this time for the Ebbw Vale ace as she lost the decider 11-4.

The Bulgarian had taken the first two games in Guimares, the opener from 7-3 down, before doubling her lead in the second.

But Carey – who has beaten two players ranked above her in the first phase – fought back to level at two-games each.

Spain-based Carey had led 4-1 in the fifth only for her rival to win 10 points on the trot.

Carey had come so close to a huge upset victory in the quarter-finals of the first qualifying phase on Saturday as she had five match points against Portugal’s China-born world No 63 Jieni Shao.

But Shao, who has seen Carey fight back from 3-1 down in games, recovered to clinch victory.

But Carey showed she can live with players in the world’s top 100 after beating Italy’s world No 71 Debora Vivarelli in the initial group phase.