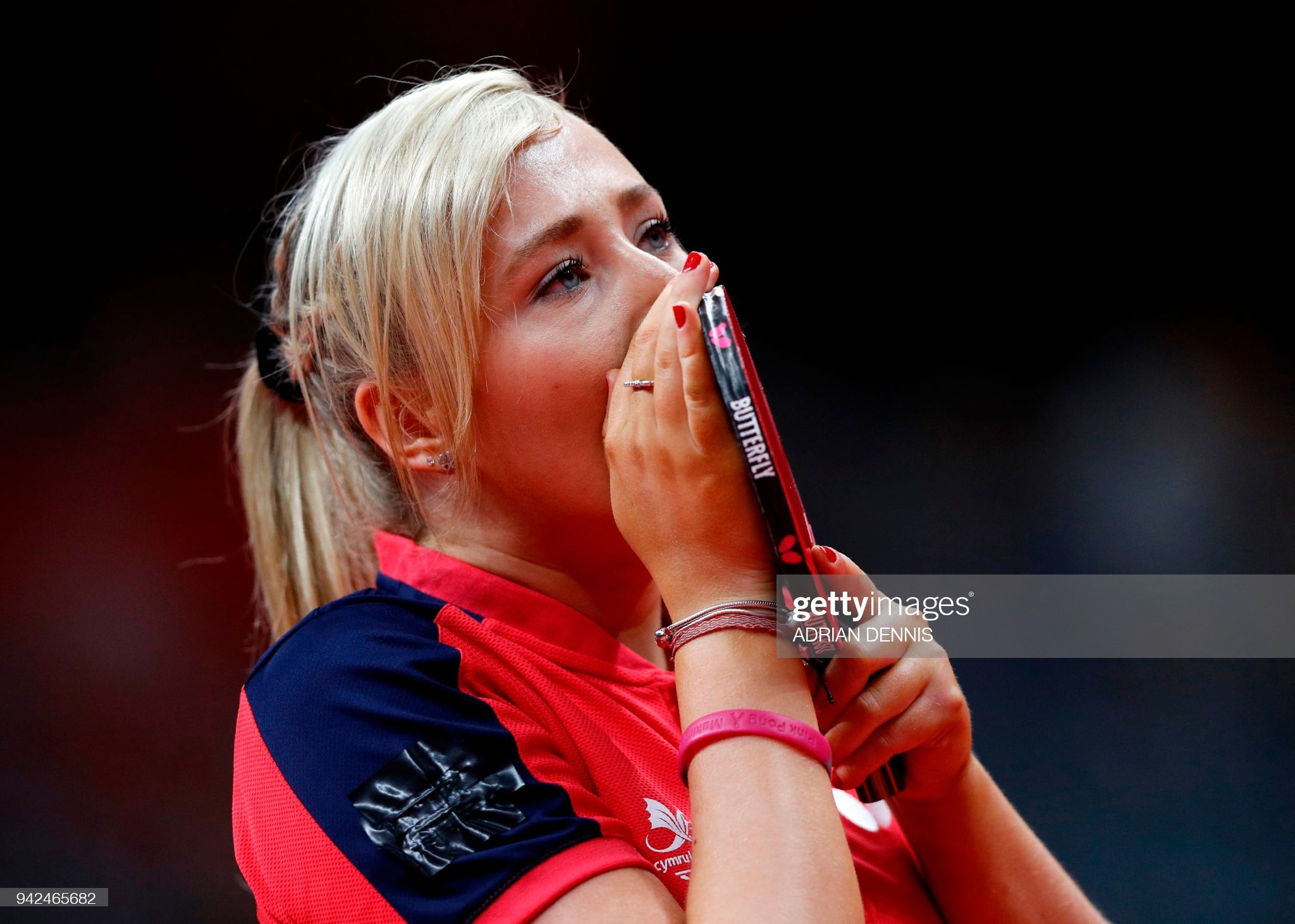 Charlotte Carey was so close to reaching semi-finals of Olympic qualifier in Portugal. Pic: Getty Images.

There may still be uncertainty over the Tokyo Olympics, but Welsh hopefuls are having to keep fingers crossed and compete for qualification where and when events allow. For Welsh table tennis No.1 Charlotte Carey that means heading to Portugal next month and a chance to ruffle some feathers, as she tells Graham Thomas.

If Charlotte Carey can show the same determination in the Olympic qualifiers that she has demonstrated in flying around Europe in recent months, then higher ranked players could be in for a shock.

The Welsh table tennis No.1 is preparing to try and earn a slot in Tokyo as part of the four-strong Great Britain squad competing at the qualification event in February.

Getting picked as one of only two females in the squad was an achievement in itself, but then Carey has been defying the odds and overcoming obstacles since last year just to keep playing.

Currently based in Barcelona, Wales’ triple Commonwealth Games star has been competing in the European Champions League – the sport’s elite level – for both a team in Spain and another based in the Portuguese islands of the Azores.

It’s meant a constant struggle of trying to catch the restricted number of flights during the pandemic as well as the necessary Covid-19 testing needed to move between countries.

At the last count, she had undergone 14 separate tests and whilst acknowledging they are absolutely essential, she admits: “Sometimes it can feel a bit like someone is trying to poke around your nose up to your brain!

“But it has to be done and whilst it normally brings a few tears to your eyes, it’s a small price to pay to be able to keep competing.”

The swabs aren’t the only cause for tears, either. Given the need for a rapid results service before she flew from London to Lisbon the other day, there was a bill to pay of £289.

Moving through panicky airports, trying to stay safe herself, whilst maintaining her practice schedule and tournament appearances is difficult enough.

It’s even more challenging when practice in Spain, and some competition matches, have to be undertaken wearing a mask.

But 26-year-old Carey has not only managed it, she has also been showing impressive form in beating players ranked higher than her current world position of No.151.

Back in October, the Ebbw Vale native beat two top 80 players to make the final of the Spanish Masters event before eventually being beaten by world No.47 Bruna Takahashi, 4-3, to settle for the runners-up spot.

“The mask-wearing is tricky,” admits Carey. “The cotton ones are comfortable, but you kind of breath them in a bit as you’re playing.

“The paper ones are better in that respect, but they move around a bit and block your vision. I’m getting more used to it, but I haven’t yet found a mask yet that I really like.”

Even so, Carey’s good form earned her a place in the GB squad for the Olympic qualifiers which take place in Lisbon and begin on February 10.

Alongside her will be Welsh national coach Stephen Jenkins, who will oversee the women’s team that consists of just Carey and England’s No.1, Tin-Tin Ho.

“I’d been working hard through the first lockdown and then my form at the Spanish Masters, I think, justified my selection,” adds Carey.

“I am going there to try and get some good results and enjoy my game. To qualify, I will have to cause some upsets, so it’s a tough task. But it’s one I’m really excited about.

“I’m playing well, there’s no pressure on me, and I’m just going there to enjoy the experience and do my best.

“I can’t really put into words what it would mean to me to make the Olympic Games. It’s everyone’s goal, really – the absolute pinnacle.

“None of us can be sure the Olympics will go head, or what it might look like, but it’s a goal to have and even if I didn’t make it then I’ll keep trying for Paris in four years’ time.”

One other weapon in Carey’s armoury this year, she believes, is an improved mental strength she puts down to her study of sports psychology, which she has stepped up since the first lockdown last March.

A first Commonwealth Games appearance at the age of just 14 and leaving home to play regular top European tournaments just two years later suggests a natural confidence, but that’s not entirely the case.

“I don’t think I was a very confident person until I moved away from home and even then I was perhaps pretending to be confident. Sometimes I can get uptight in matches so I’ve worked on my relaxation.

“In matches where I’m leading against good players, I could find it hard to get over the line. But I think I’m overcoming that now.

“I stepped up my fitness routine, but the psychology side has improved things massively. When you spend so many hours in practice on the table, you can sometimes neglect the mental side of the game.

“I’m now hoping to start an Open University degree this year in sports science and I think it can impact my game quite a lot.”