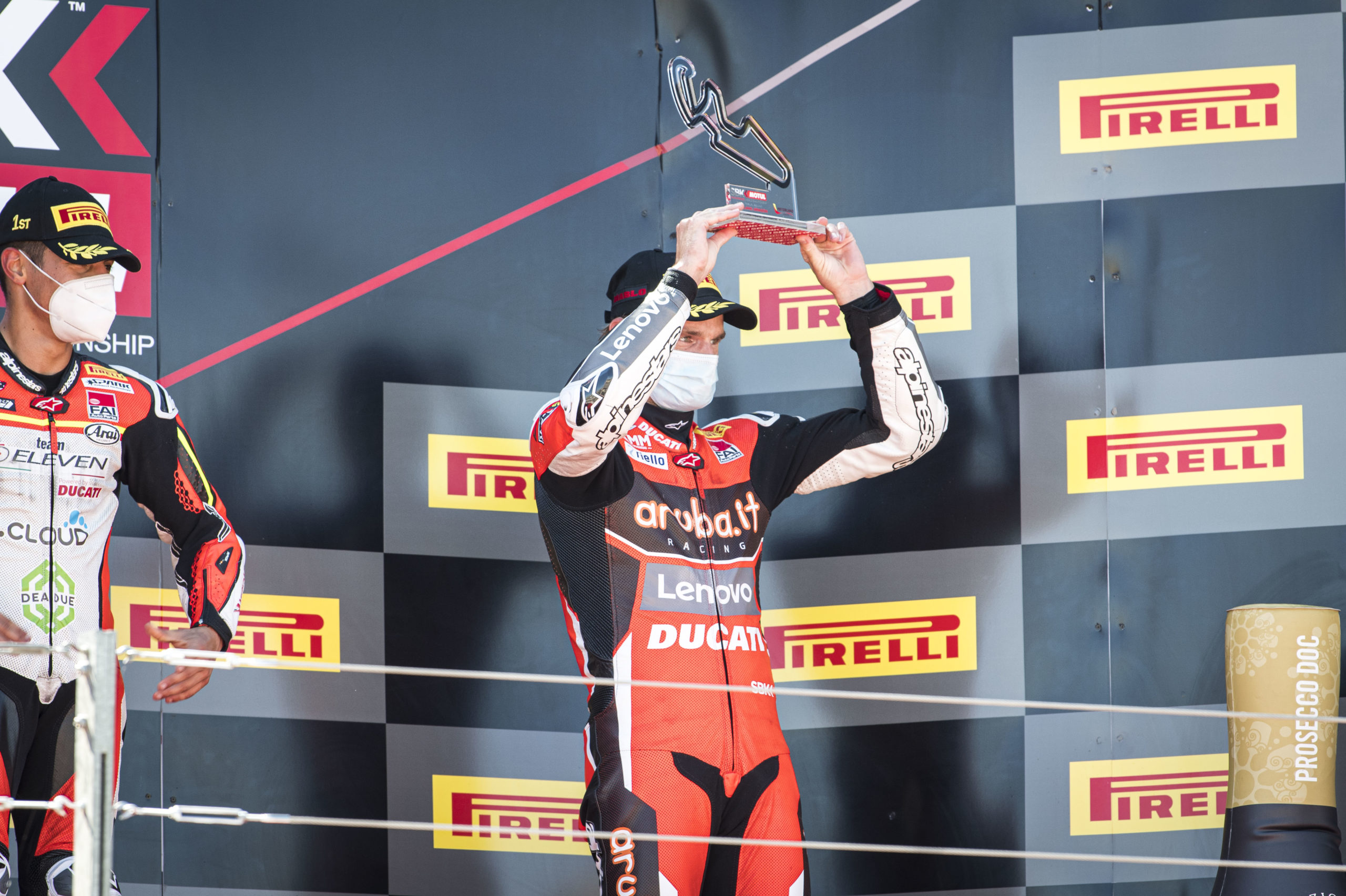 Chaz Davies was back on the podium again in Spain with third place.

Chaz Davies claimed another podium finish with third place in the Pirelli Teruel Round of the World Superbikes Championship at Motorland Aragon.

The Powys flier flier up his two second places on the Spanish track – where he is a seven time winner – as Aragon hosted a round for the second weekend in a row.

Davies again had to show his fighting qualities to move through the field from eighth on the grid before taking third spot as pressure forced Alvaro Bautista to crash out with three laps left.

The 33-year-old’s fourth podium of the campaign moved him up one spot to third in the riders’ standings with 136 points – 73 points behind title pacesetter Jonathan Rea who finished second as Michael Rinaldi claimed a sensational debut win.

“Getting on the podium is always nice even if I must admit that I would have preferred to take a step forward compared to the two second places obtained last weekend,” said the Aruba.it Racing rider.

“The weather conditions were very different and this forced us to work a lot on the bike and tires. I chose to race with the soft tire (X) but I had to manage from the first laps to finish the race with a good pace unlike Rinaldi, who has a different weight and could push to the maximum. Anyway, I congratulate him for his extraordinary victory”.

Davies, a three-time runner up in the World Superbikes Championship, passed Tom Sykes and Michael van der Mark before hunting down Bautista.

He is now 43 points behind team-mate Scott Redding after the English rider crashed out for his first DNf of the season.