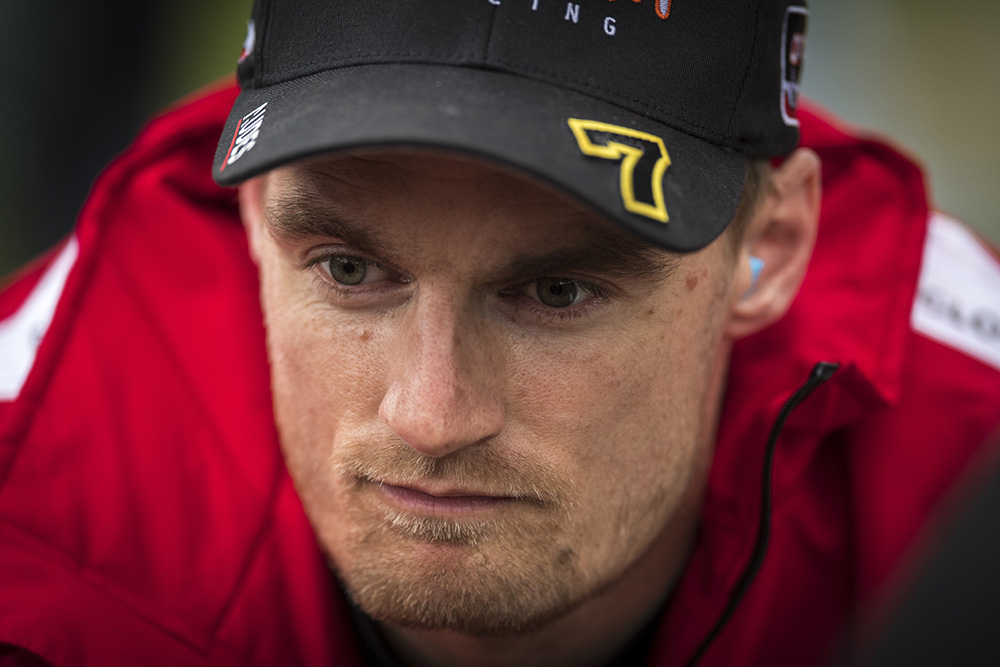 Chaz Davies was fifth in his first race for Team Go Eleven.

Chaz Davies admits he had wanted to keep his World Superbikes place at Aruba.it Racing Ducati next season.

The Knighton-born rider is looking for a new seat after seven years with the Italian manufacturer who have decided to replace him with Michael Ruben Rinaldi next season.

But Davies is determined to go out in style at the final round of the season in Estoril this weekend looking to seal third place in the championship.

“Although I had hoped to continue together in 2021, all good things must come to an end,” said the 33-year-old.

“These seven years as a Ducati factory and Aruba.it Racing rider have been unforgettable.”

Davies saw a potential route into a factory seat ended when Honda confirmed on Thursday that Leon Haslam would continue to partner Alvaro Bautista in 2021.

It means Davies is all but certain to have to find a satellite outfit if he wants to continue in World Superbikes.

He added: “I have many great memories from what we accomplished together – 27 race wins, 86 podiums, three times second position and one third position overall in the WorldSBK championship are all achievements to be proud of.

“I want to say a sincere thank you to all those who have been involved in this project and to the Ducatisti who have supported me over the years!

Anyone got Dovi’s number? I hear he’s looking for someone to water his MX track next year.

Asking for a friend

“I’ll do my best this weekend to finish this chapter on a positive note and try to lock down another P3 in the overall standings.”

Davies is on 222 points – 19 ahead of Yamaha’s Dutch rider Michael van der Mark with the three races left in Portugal.

“Although it has been 15 years since I last raced in Estoril, I have clear memories of the circuit,” added Davies.

“I can’t wait to go on track and be competitive in the last race weekend of this pretty particular season”.