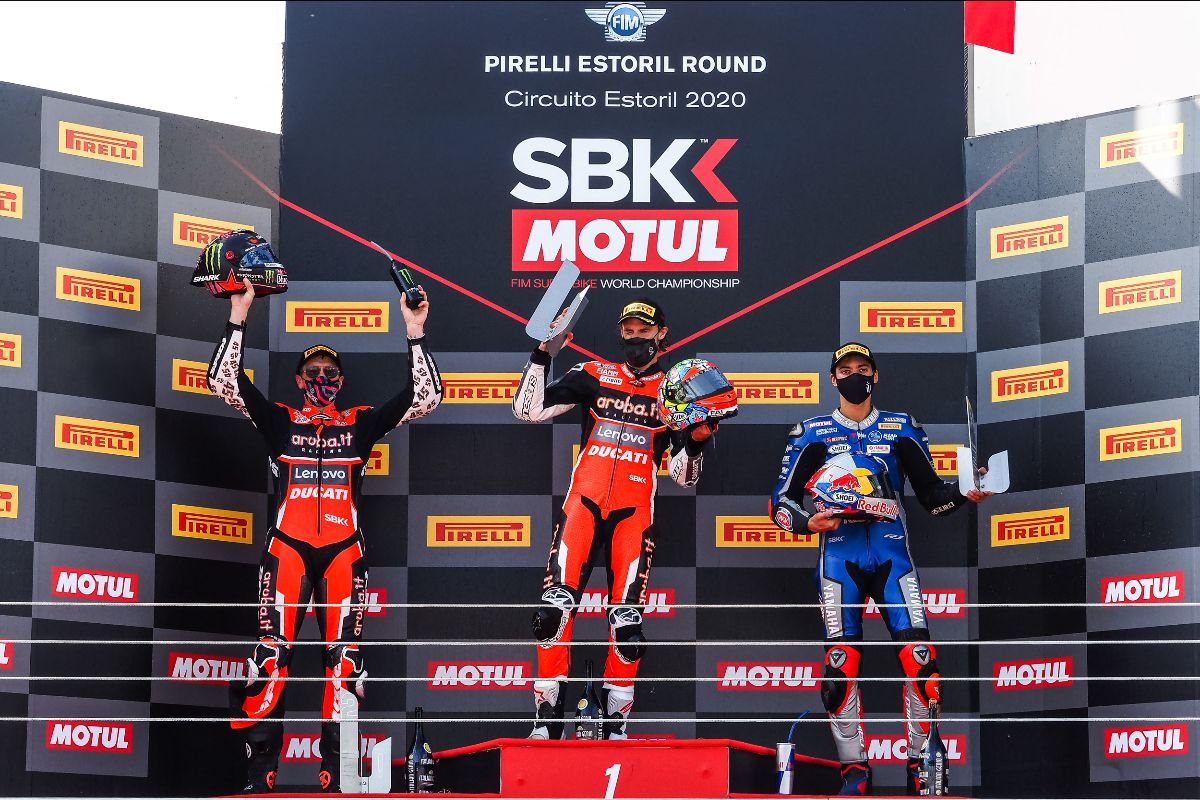 Chaz Davies signed off with Aruba.it Racing Ducati by storming to victory in the final World Superbikes race of the season in Estoril.

The Knighton-born rider admitted there were tears on the grid before the start on the Portuguese track.

But his seven seasons with the Italian outfit ended with a victory – his 28th for the team with whom he finished runner-up in the championship three times.

“It was such a weird couple of hours,” admitted Davies, whose hopes of staying in the WSB series rest on him finding a seat with a satellite outfit.

“I was sat on the grid and all my mechanics were in tears, they’ve all written personal messages on the tank.

“I was like ‘I’ve got to go concentrate right now; I’ve got to pull something out of the bag’ when I’m welling up.

“Here we are, 21 laps later and top of the podium. Just got to put things to the back of your mind sometimes and just send it. That I did and it paid off. My crew did a great job.”

Davies, who had already secured third place in the standings behind six-time champ Jonathan Rea and Ducati team-mate Scott Redding, started fourth on the grid.

But Davies was immediately in the fight for victory taking second before grabbing the lead from  Toprak Razgatlioglu, the Turkish rider who had taken victory in Saturday’s race ahead of him.

The 33-year-old went on to win from Redding and paid tribute to the mechanics who had worked on his bike.

“Even yesterday I said not to touch my bike, I’ve got a bit in reserve and didn’t ride at my best. I felt like, even with the bike I had yesterday, it was good enough for a little bit better,” added Davies.

“They improved it again today and it was that one step better. It was such a pleasure to be out there today alone, by myself, for the time being in my last race. What a fairytale ending.”