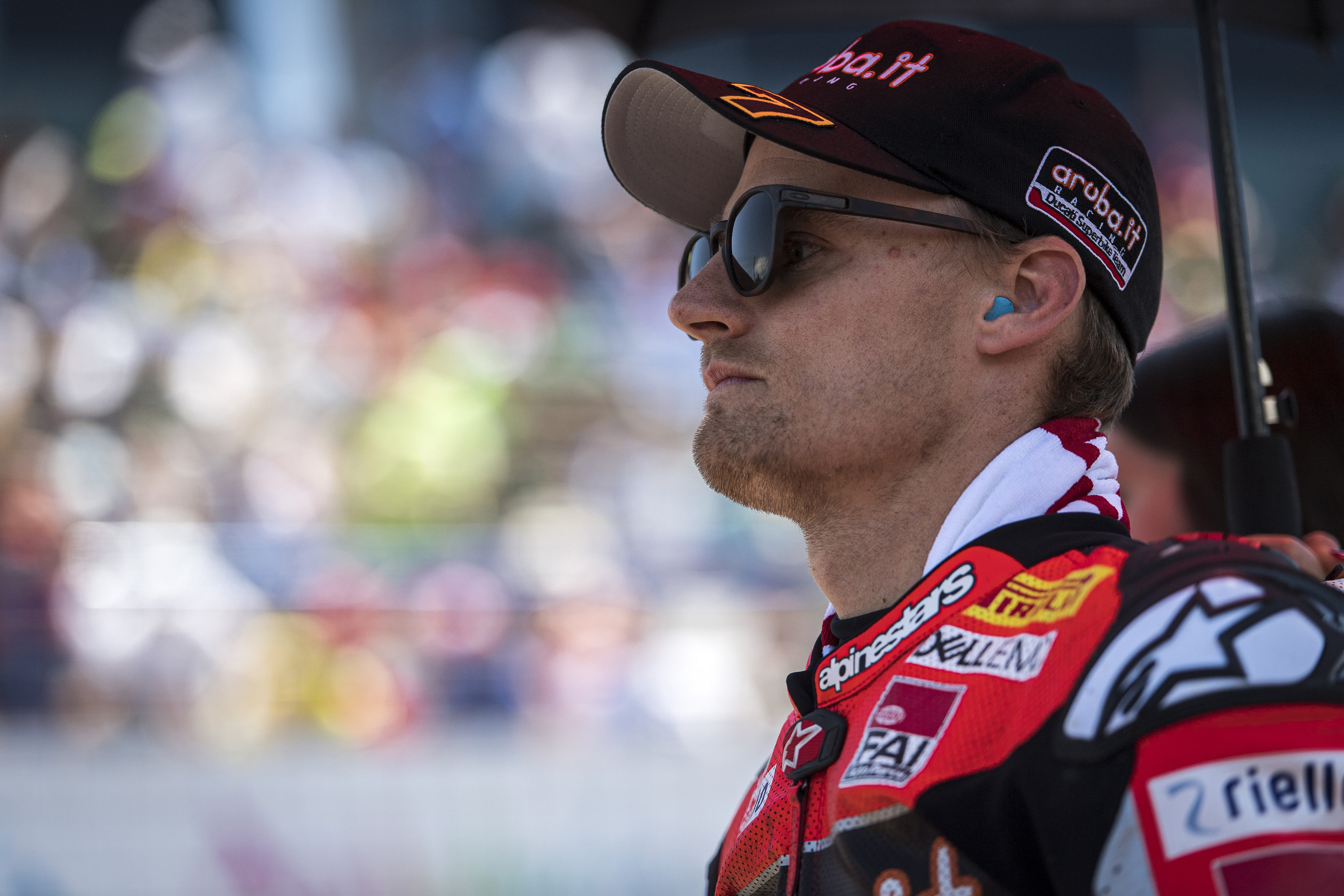 Chaz Davies insists he deserves a seat with a works team in World Superbikes next season.

The Knighton-born rider’s contract with Ducati runs out at the end of this season.

But after bagging his first win of the campaign in Barcelona last weekend, Davies’ preference is to stay with a factory outfit.

Davies, who has been with the Italian manufacturer since 2014, has been linked with Yamaha and Honda as well as independent outfits.

The 33-year-old said: “I put in the effort to ride for the best team, with the best bike, with the best engineers and the best support and to come here (Barcelona) and win races like in Race2.

“I don’t think that kind of thing is consistently possible in a non-factory team. It’s not as interesting for me and I think I deserve better.”

Davies is third in the riders’ standings on 188 points – 51 points behind team-mate Scott Redding – following the victory at Montmelo after a string of podium finishes.

But there has been speculation over differences with the team on how to develop the bike.

“I prove every time that when I say, ‘we need to bring solutions in this area’ and then they do that, we achieve better results,” said Davies.

“It’s a slow process and we made another step forward; it’s late, but the potential is there.

“I’ve been consistent with my comments and I tell them where the problem is, but, sometimes, for the responsibility, they look at me. I look at them for answers and they look back at me.”

There will surely be no shortage of takers for the three-time World Superbikes runner-up if he does move away from the Aruba.it Racing Ducati outfit.

Davies, speaking at Jerez earlier in the summer, said: “I’m waiting for them, pretty much. The conversation has been raised but nothing has been discussed in detail.

“I am waiting on some direction from them, some response to understand their position. That is as far as we have got.

“A lot of things have to be spoken about but naturally I would like to stay. I am not wedded to Ducati, I have to look around if I am not getting a response.

“There is only so long I can wait for them and I am looking at other options. The decision is out of my hands at the minute.”

One thought on “Chaz Davies: I Deserve A Works Ride In World Superbikes Next Season”