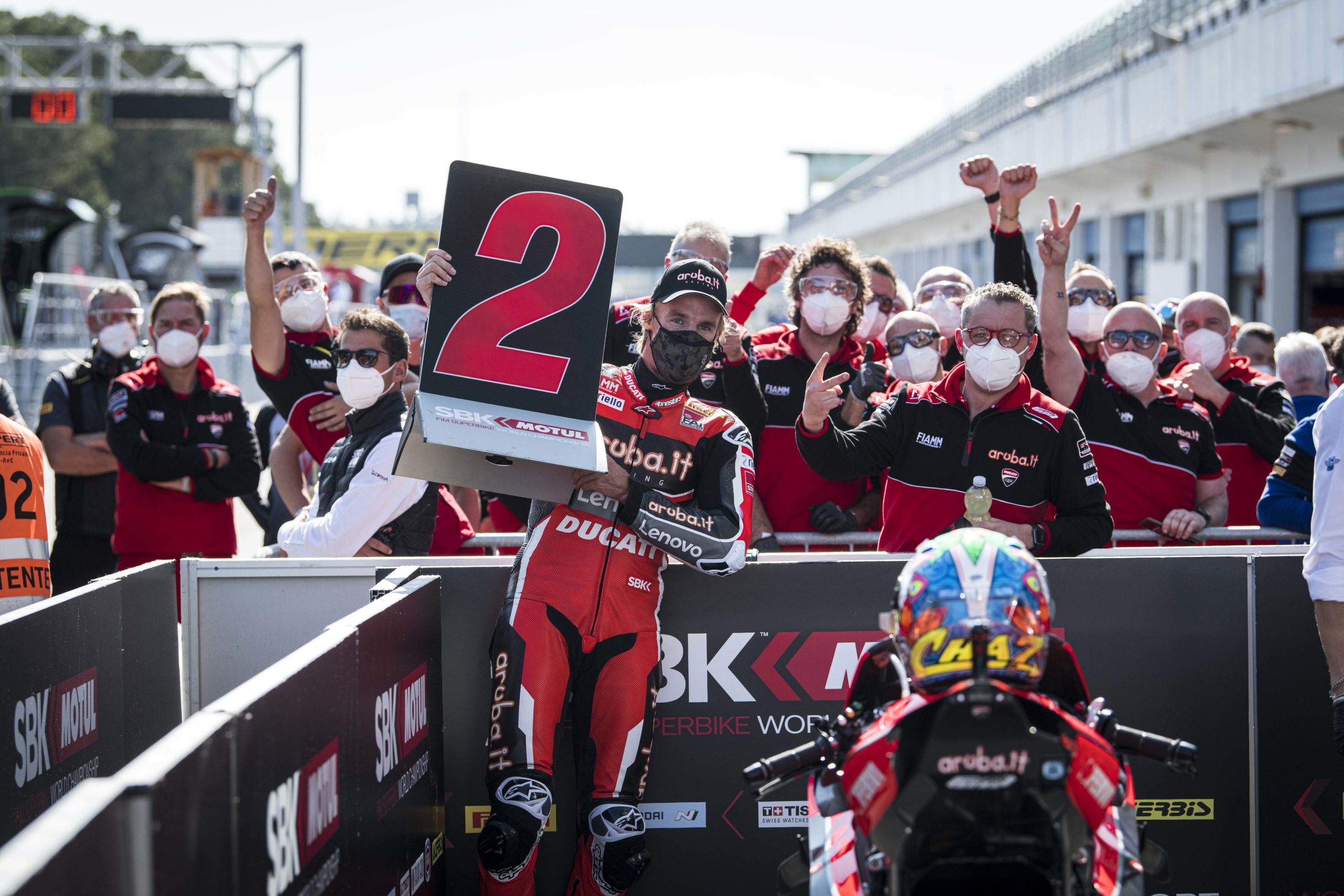 Chaz Davies ensured a podium finish in his final race weekend for Aruba.it Racing in Portugal

The Knighton-born rider shrugged off losing his place at Aruba.it Racing Ducati for next season with a fine ride.

The 33-year-old has a disappointing start from fourth on the grid losing. a few places, but fought his way back through the field.

One of the riders he overtook was Michael Ruben Rinaldi who has taken his place next season leaving him looking for a new team.

“Unfortunately I was not able to convert the best qualifying of the season with a good start,” said Davies.

“I immediately found myself in a rather difficult position but from the start, the feeling was excellent.

“I started to recover positions, chasing (Michael) van der Mark for the third place in the final standings. After his crash, I pushed even harder to get another podium.

“It’s a great result and I would like to thank the team for the work we have done in the last two months where we have made great progress.

“I will be back on track tomorrow with a little less pressure and this could help me to get other important results”.

Davies now has 242 points – 39 ahead of Dutchman van der Mark going into the final day of the COVID-19 hit season.