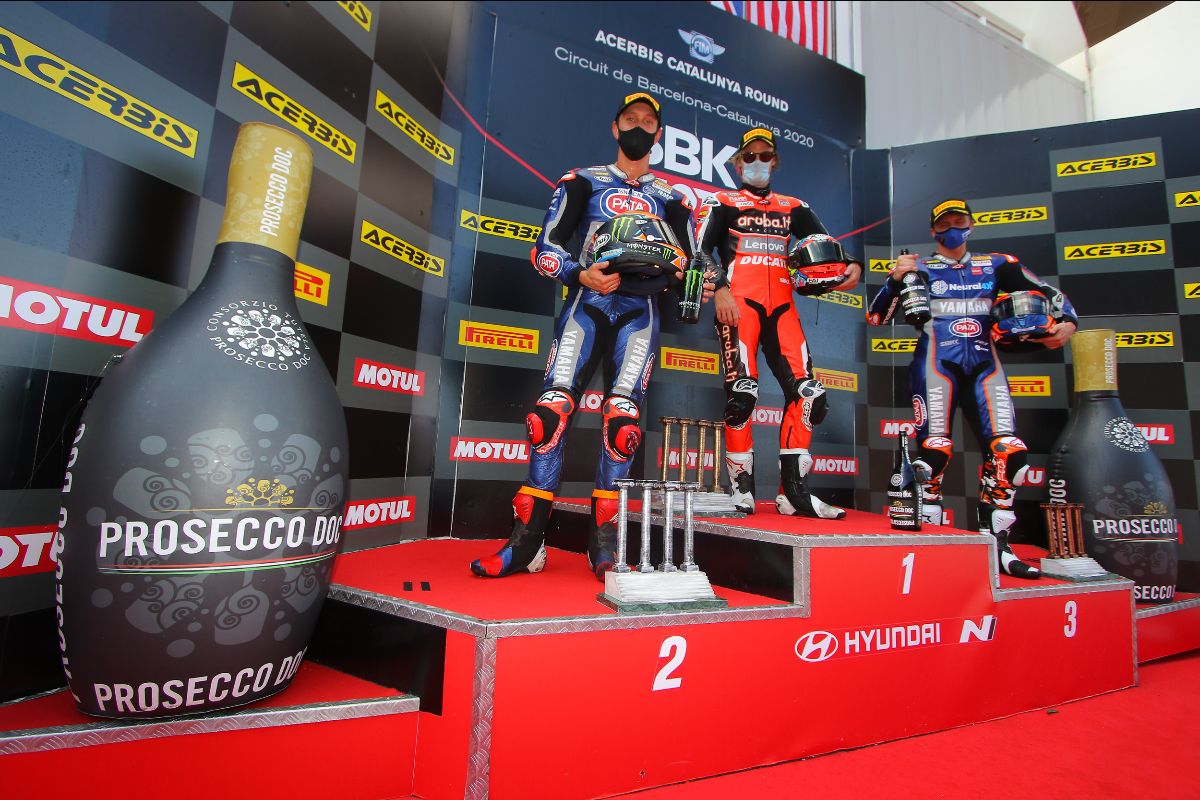 Chaz Davies' only win this season came in Barcelona which, likeestoril, is new to the Superbikes calendar.

Chaz Davies blasted to victory in Barcelona to bag his first World Superbikes win of the season and complete a memorable double for Welsh motorsport.

The Knighton-born rider triumphed in Sunday’s second race of the Catalunya round just hours after Elfyn Evans won Rally Turkey.

And Davies dedicated the win to his baby daughter who was born during lockdown.

“Just so happy. First win as a dad, so I think it’s only right to dedicate this to my beautiful baby daughter and my wife.”

“Amazing! What can I say? That was such a good race from start to finish.

“Today it was in my hands. It was a slippery track out there, but I think I had more grip out there than those around me and I was able to manage the tyre but go fast.”

Davies became the seventh different winner of this year’s title contest to move into third place in the standings.

The Aruba.it Racing Ducati driver has been promising a win for the past few races having taken two seconds and two thirds in recent weeks.

And this time the 33-year-old delivered after getting into the lead in the early stages of the race at the Montmelo track.

Davies withstood fierce pressure from Superpole race winner Michael van der Mark as the pair passed each other on the track.

But Davies held on to claim the 31st victory of his career to equal Colin Edwards on the all-time list of winners.

Championship leader Jonathan Rea extended his lead at the top of the standings with fourth place.