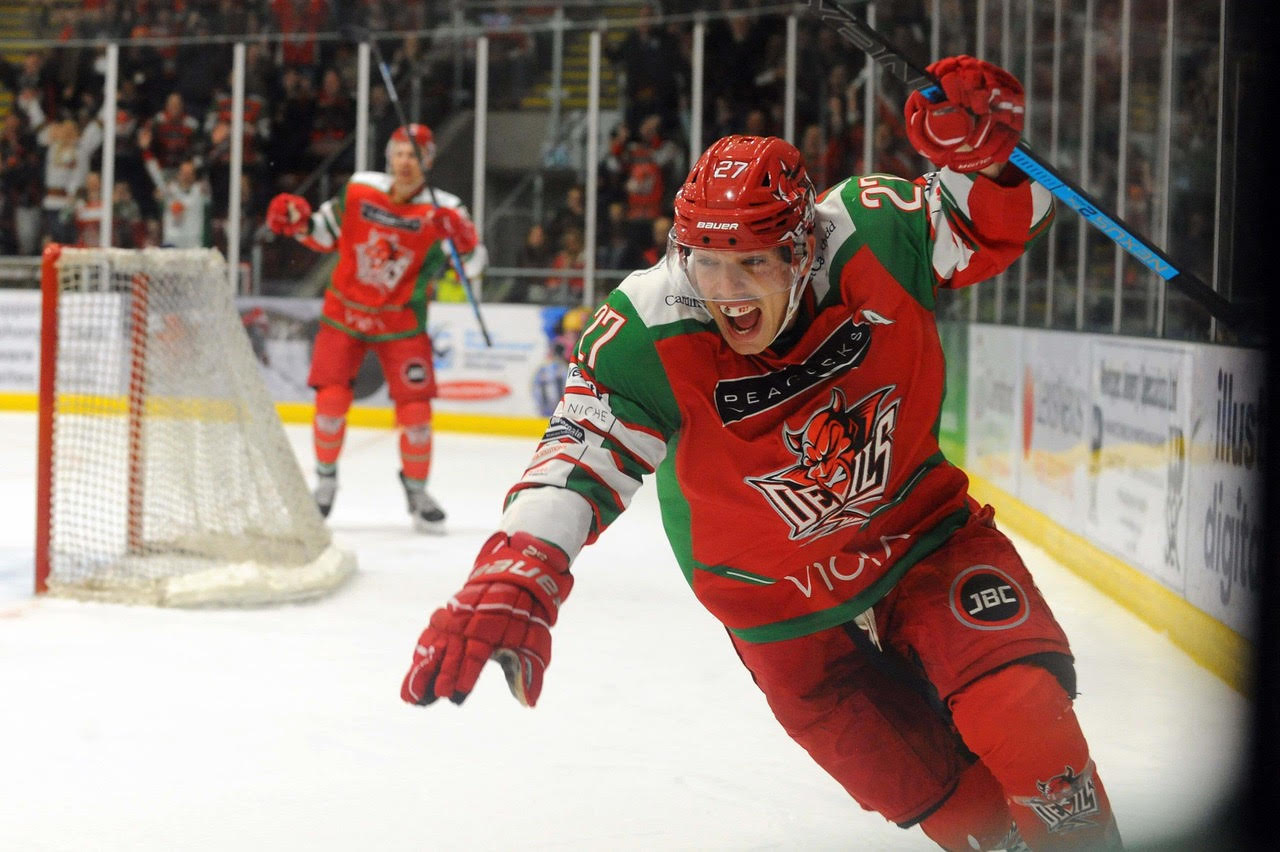 Joey Haddad has given Cardiff Devils a major boost by returning for a seventh season.

The free-scoring forward – known as ‘The Chef’ for his love of cooking – proved his worth after scooping up four major awards in the Devils end of season awards.

The 31-year-old claimed a career best 35 goals and 33 assists for 68 points in 59 games in all Elite League competitive games. He finished 2nd overall in the League scoring race whilst leading the Devils in goals, points and powerplay goals.

Haddad was voted onto the League’s First All-Star Team for the first time in his six years playing for the Devils.

He also picked up four team awards being chosen as the Devils’ Forward of the Year, Leading Scorer, Most Valuable Player and Player’s Player of the Year.

Haddad has scored 372 points for the club (162 goals, 210 assists) in 416 matches since joining from East Coast League Gwinnett Gladiators where he spent three seasons and captained the team in his final season.

“Joey is a great teammate and having been here for as long as he has, he understands the values and ethos of this club better than most,” said coach Andrew Lord, who was the right-winger’s captain in 2010-11 when they both played for Wheeling Nailers in the ECHL.

“Cardiff is his home away from home now and I know how much this city and club means to him.”

Haddad said: “Lordo and I first met 11 years ago. I was a rookie and he was my captain. It’s great working with him every day.
“He demands a lot from his players and you wouldn’t want it any other way.”

After missing over 20 games in the 2018-19 season due to injury, including all of the playoffs, Haddad was looking to bounce back with a solid year.

His work in the off-season and his continued dedication to fitness throughout the 2019-20 season paid off for the man from Nova Scotia, Canada.

The Devils were top of the table when the Elite League season ended early because of CoronaVirus, but have been put forward to compete in Champions League hockey for 2020-21.

Lord describes Haddad as part of the ‘core’ that have been key to the success and have remained with the club since the change in ownership in July 2014.

Despite the league being cut short this season and a number of his teammates departing Cardiff in mid-March, Haddad and his wife Kirsten have remained in Cardiff where they live year round.