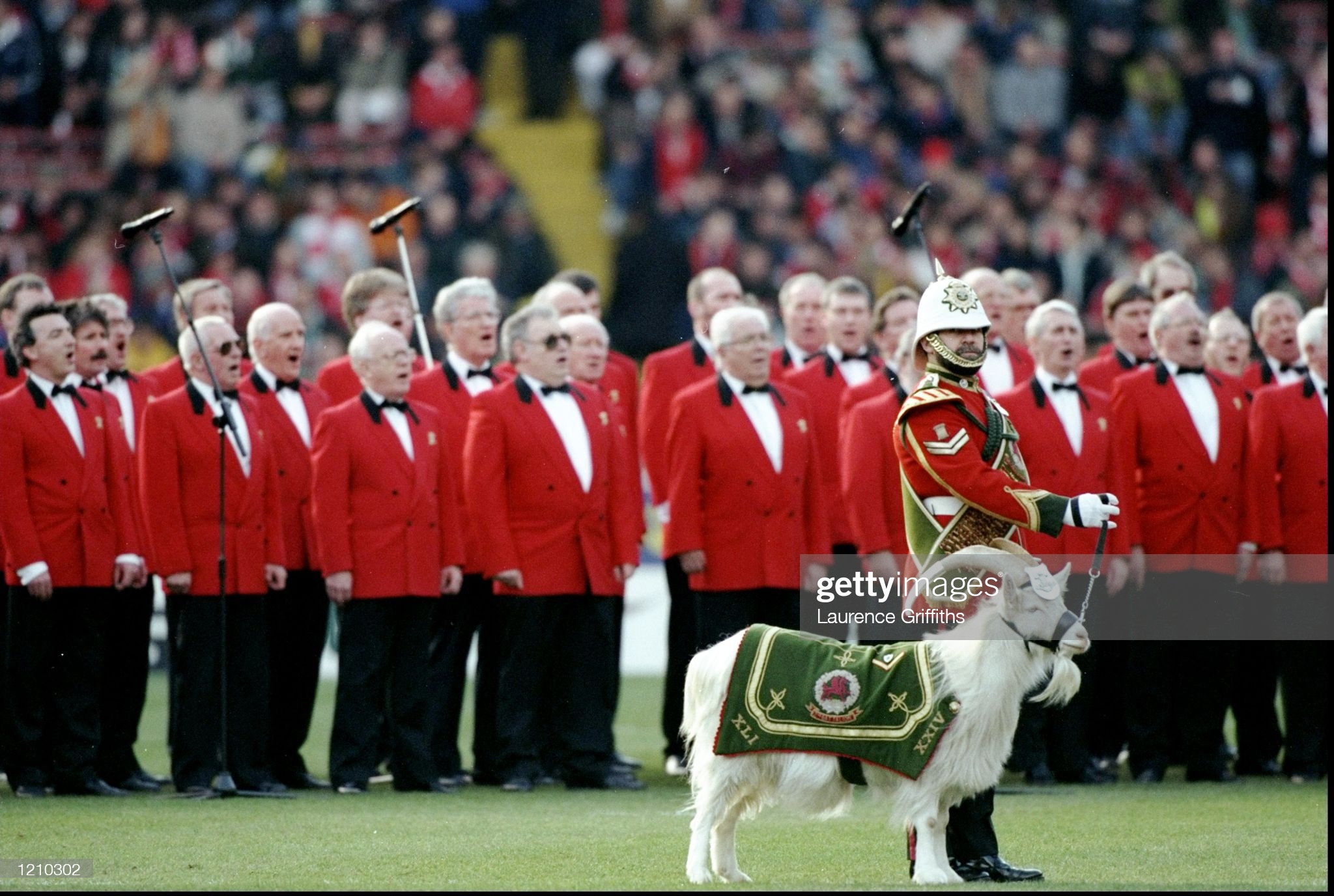 The first crowd-less Wales v England Six Nations match will take place this afternoon – an eerie prospect, even a year on from the disappearance of fans from most of our sporting fixtures. No roars, no shouts and certainly no singing. Rhodri Jeremiah details the power of song at matches between the old rivals.

Let’s be honest here,  we all love a sing song.

Whether it’s in the shower, the pub or even at a rugby international.

We’re currently living in testing times and the Six Nations has brought much-needed escapism for us all.

Wales is often regarded as the land of song, and choirs, chapels and hymn-singing are par for the course west of the Severn.

Martyn ‘Joe’ Jones – aka Mr. London Welsh – epitomises all of that. No one enjoys more of a sing-song than the social secretary of the London Welsh Male Voice Choir.

He has an impressive CV, too. Apart from being social secretary, he’s also chairman of the London Welsh Rugby Club choir and is one of the vice-presidents of London Welsh RFC.

His singing CV is as equally prodigious. He’s sung at the Royal Albert Hall over 30 times, the closing ceremony of the 2012 Olympics, sung live with Take That and was part of Prince Charles’ 70th birthday celebrations at Buckingham Palace.

However, as the Welsh exile is quick to point out, “rugby is in our blood” and the biggest thrill for him is singing, whether that’s at the home of London Welsh, Old Deer Park, in front of 200 or at the Principality Stadium in front of 70,000.

It doesn’t matter where – as long as there’s a gathering and rugby involved, he’s a happy man.

Three moments stand out for him and Wales versus England is the central theme in all of them.

“I’ll never forget the first time we sang at the cathedral of rugby, the old Cardiff Arms Park,” he says.

“What an occasion. We were the first choir to appear on a pitch before an international rugby game. It was the game that Ieuan Evans scored that wonder-try, running past Rory Underwood – unforgettable.”

Singing at Wembley were also memorable occasions for Joe, and one particular fixture in 1999 definitely stands out. England were going for the Grand Slam and Wales were seen as the underdogs going into the game.

“The game in ’99 was special. There was something in the air that day and singing with Sir Tom Jones and Max Boyce will live long in the memory. Sir Tom came down to the London Welsh Centre for a rehearsal on the Thursday before the game – such special times.

“When we sang at Wembley for those Wales games, we used to meet up at a pub outside Marylebone tube station and have a practice before making our way to the stadium.

“Wales and England supporters would mingle and join in. It was absolutely incredible – everyone was enjoying themselves and there was no trouble whatsoever, it was full of fun.

“I remember seeing a young policewoman getting all teary when we sang Myfanwy – it reminded her of her grandmother.

“When Scott Gibbs danced his way over I’d already left! I was making my way to the pub and was on the train when I saw this guy in the same carriage suddenly jump up for joy.

“He was wearing red so I went over to him and asked him what all the commotion was about. He then grabbed me, gave me a big hug and said: ‘We’ve done it, we’ve beaten them.’ Let me tell you, that was a good night.

“Singing warms the heart and to be part of an international weekend with the choir is incredible. Rugby is enriched by music and the supporters are enriched by it too.

“Whether it’s Hen Wlad Fy Nhadau, Bread of Heaven, Fields of Athenry, Flower of Scotland or Le Marseillaise – everyone joins in and there’s a certain camaraderie with rugby, that you just don’t get with other sports.

“My other favourite occasion singing with the choir was when England came to Cardiff in 2013 and were on the verge of once again clinching the Grand Slam.

“We’d sung the usual favourites and you could tell there was something in the air that day, too. The crowd was full of song and the atmosphere was second to none.

“I’ll never forget when we sang the anthem, our conductor Haydn James stopped the band just before the start of the second verse . . . ‘Gwlad, Gwlad’.

“The sound of the crowd was deafening and we talk about that moment to this day. I have no doubt that it had a lasting effect on the England players.”

As it turned out, Wales recorded a 30-3 victory over their closest rival that day. Alex Cuthbert & Co. derailed the chariots in spectacular fashion, not only preventing England from sealing the Grand Slam, but the margin of victory meant that Wales were crowned champions.

Dr. Victoria Williamson is an expert on music psychology and is an independent authority, scholar and consultant on the matter.

She firmly believes that being part of a choir or music group improves mood and wellbeing.

“Time spent in a music group is linked to enhanced wellbeing for the majority of people irrespective of age, gender, nationality, or baseline wellbeing status,” she says.

“So I would advise that people who find music to be a powerful wellbeing support should consider interactive music experiences as a way to magnify that effect.

“Ideas for meeting this goal include seeking out live music events, gigs and concerts, where we experience enhanced wellbeing due to the social nature of the surroundings. You could also try out a music group like a choir, band, or music writing workshop.

“Passive listening to music can improve mood and wellbeing for many people. Active participation in music carries bonus benefits that we only experience in a live music scenario.”

There’s no better tonic than a sing-song, and music puts smiles on faces. In times like these, we all need a pick-me-up and singing the anthem in your living room on matchday isn’t quite the same as being in a stadium, but in the current climate, it’s definitely the best alternative.

If you ever find yourself down at London Welsh, when normality has returned, ask for Joe Jones.

He’ll no doubt be stood at the corner of the bar, pint in hand, with tales being told and songs being sung.

Being a Welsh Exile in London can sometimes feel like a lonely place. There’s a ‘hiraeth’ for home, a longing.

You only really appreciate the homeland when you’re away from it for a sustained period of time.

Wales versus England week is like Christmas Eve, there’s an extra spring in the step and when that anthem is sung, wherever you are, you do feel that sense of ‘hiraeth’ that much more.

Sing loud, sing proud and may the best team win.

Who am I kidding? C’mon Cymru!