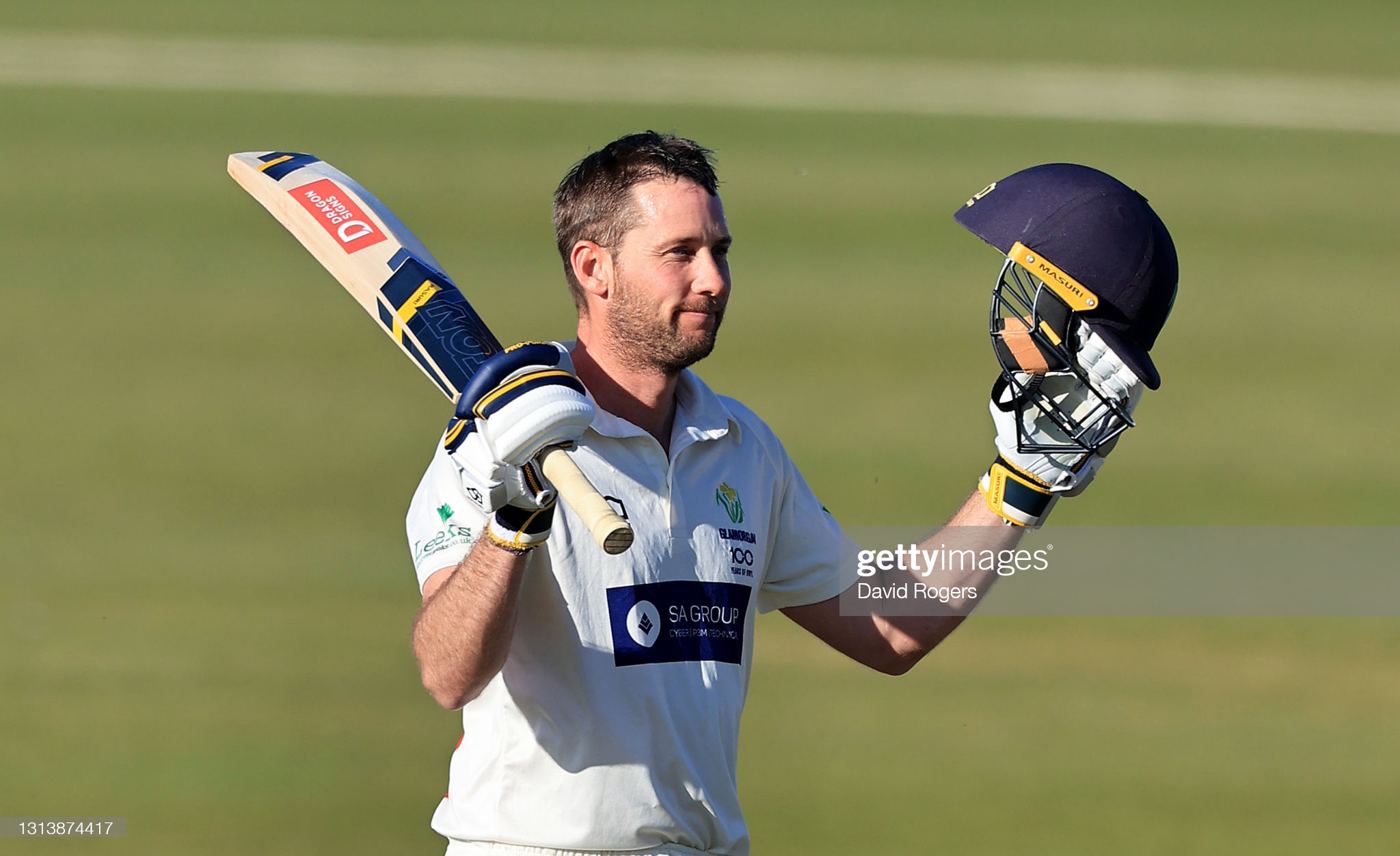 Glamorgan’s season may be drifting towards a low key conclusion in the County Championship, but no-one appears to have told captain Chris Cooke.

The skipper smashed an unbeaten 205 as Glamorgan spent day two of their LV= Insurance County Championship second division match against Surrey constructing a mammoth total of 672 for 6 declared.

The home side responded with 45 for no wicket in the final hour but despite a very flat wicket Cooke hopes the first double-hundred of the 35-year-old’s 12-year first-class career can still set up a victory for his team in their final game of the campaign.

“We know it’s going to be really difficult to take wickets, but there’s some rough and some foot-holds, so Salts (Andrew Salter) and Callum (Taylor) have a big job over the next two days, we’ll keep going and see where we get to,” said Cooke.

Hi innings beat a previous best of 171 scored seven years ago, and was also the highest individual innings by a Glamorgan wicketkeeper, eclipsing Eifion Jones’ unbeaten 146 against Sussex at Hove in 1968.

He added: “It feels pretty good (to bat for six hours), it was a really good day as the whole batting unit batted really nicely on a very good wicket, but there’s a little bit of spin there and a few went a bit low at the end so there could be something in it for us.

“Concentration is about single-ball focus. I had a good chat with the coaches at the end of last season about trying to score more hundreds, so that’s something I’ve tried to target this year.

“It’s been a bit fame or famine the last few weeks but nice to put a good performance in, in the last game, and get the team in a good position.

Cooke was joined by Dan Douthwaite in a 51-over sixth wicket stand of 189, and that followed a slightly more urgent partnership of 140 in 37 overs with Kiran Carlson, who was on 45 overnight and reached 69 before being quite brilliantly caught by a diving Dan Moriarty at square leg as he swept hard at Will Jacks’ off-break.

Douthwaite was eventually caught at long-on by Jacks soon after tea, for a curiously restrained 146-ball 59 that contained only two fours, giving off-spinner Amar Virdi a hard-won third wicket.

On a soporific surface showing little sign of predicted turn, Glamorgan resumed on 379 for 4 and accumulated ruthlessly, if perhaps over-cautiously, in warm sunshine before declaring at what is the third highest first-class total in the Welsh county’s history.

The highest remains 718 for 3 declared, against Sussex at Colwyn Bay in 2000, while their highest score against Surrey is still the 702 for 8 declared made at the Oval in 2009.

The declaration, greeted by some ironic cheers, left Surrey 15 overs to bat before stumps, and openers Jamie Smith and Ryan Patel reached 23 and 22 not out respectively, although Smith could have been stumped on 13 in off-spinner Salter’s first over if Cooke had gathered the ball cleanly behind the stumps.

Captain Cooke hit a maiden double-century, while there were also career-bests for Joe Cooke (69) and David Lloyd (121)

Cooke, who began the day on 44, batted for five minutes short of six hours, facing 299 balls and hitting a six and 18 fours.

Five of his previous six Championship innings were single-figure scores but – strong particularly through square cover – Cooke looked largely untroubled throughout and closed Glamorgan’s 177-over batting marathon five minutes after he reached his double-century by slicing slow left-armer Moriarty just over mid-off for two, attempting on 199 to go past 200 in the grand manner.

It was his eighth first-class score of 100 or more and, as Surrey manfully and quite successfully kept as tight a control as they could on Glamorgan’s scoring rate, Cooke added an unbeaten 54 for the seventh wicket with Callum Taylor, who swept Jacks for six and also in the same over cover drove and cut him for fours in a breezy 57-ball 38 not out.

Glamorgan scored 87 in 34 overs before lunch, hitting just two boundaries in a turgid opening session, and then 145 in 32 overs between lunch and tea.

It was unspectacular stuff though overall, especially given a flat pitch and summer-like conditions, but Cooke will argue the ends justify the means if Glamorgan can put Surrey under scoreboard pressure during the last two days of this second division match.