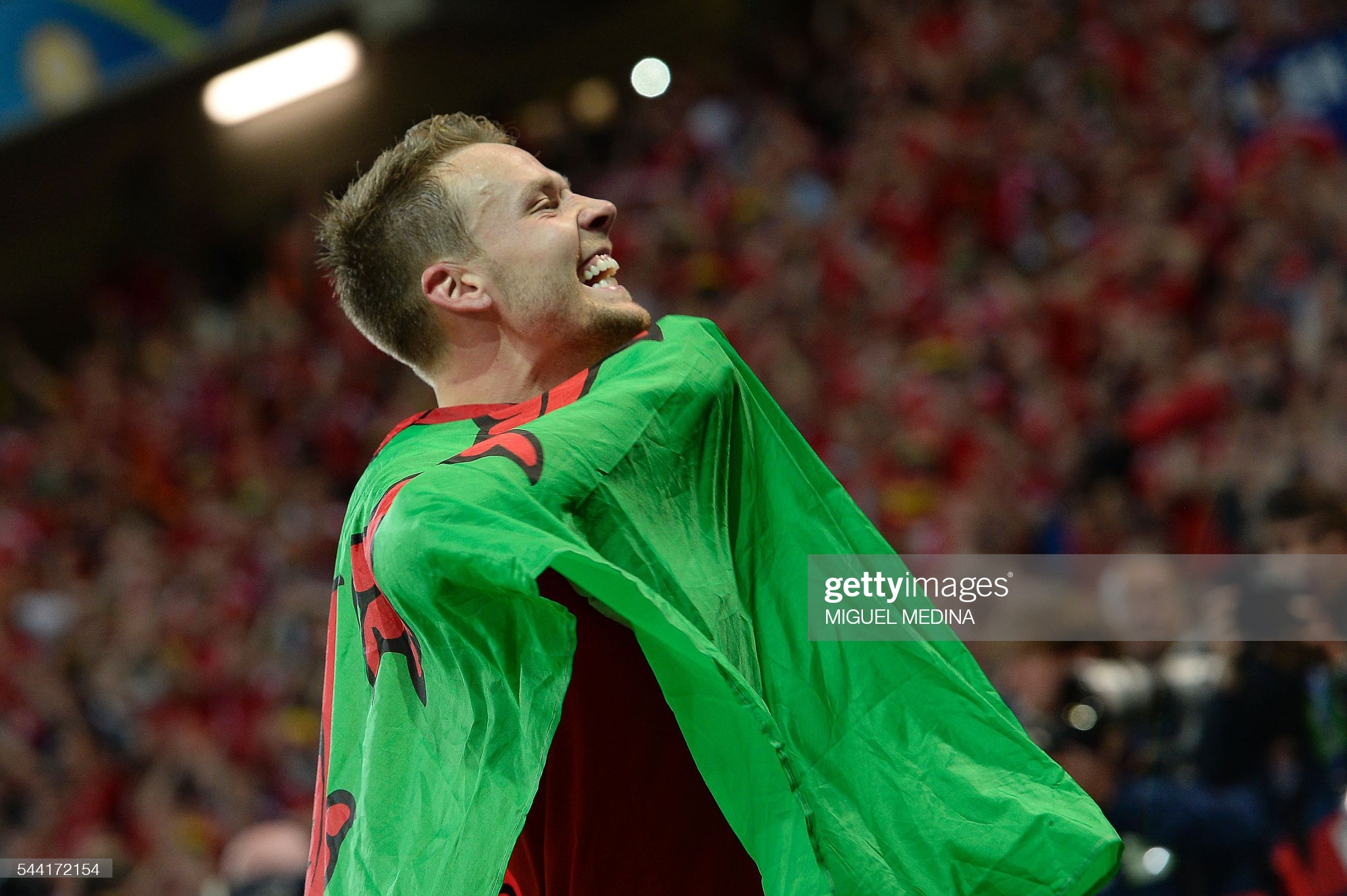 Chris Gunter is set to make history on Saturday night as he becomes the first male Welsh international to reach 100 caps for his country.

Over 14 years since his debut, Gunter will captain Wales in a friendly against Mexico at the Cardiff City Stadium and join three Welsh women – Jess Fishlock, Sophie Ingle and Loren Dykes – in making the century mark.

“It’s an achievement that I am proud of.  It means the world to me to be able to represent the country and do what I know so many people would love to do,” said the Charlton Athletic defender.

“It’s something that you never take for granted, as your giving your life to hopefully perform for your country so I am going to try and enjoy the day and evening as much as possible.”

The 31-year-old made his debut as a teenager in an international friendly against New Zealand in 2006 –  a 2-2 draw in Wrexham.

Since then, the Newport-born defender has enjoyed some highs and endured some lows with Wales, from the tragic death of Gary Speed in 2011 to the success of qualifying for their first major tournament in 58 years.

Not only did he help the team qualify for Euro 2016, but Gunter was integral to the team that marched all the way to the semi-final in France.

Gunter believe it was the highlight of his career to be part of a team that broke new ground in France.

“The Euro summer, the spell leading up to that, leading up that qualifying campaign – we were so close as a team as we had gone through some tough times together.

“It was really special to achieve what we did – knowing what it meant to everybody and when you have had tricky times it means a lot more.

“I wouldn’t have picked anyone from previous Wales squads to share the memories and journey I’ve been on, other than with the players I have been alongside.”

Gunter has always been a key player for successive Welsh managers, even if he has lost his regular starting place at full-back in recent times to Swansea City’s Connor Roberts.

But Gunter shows no sign of slowing down or retiring from international football and is an inspiration to the new generation.

“Every time I work with him, I am more impressed, he is a model professional and a manager’s dream.” Said Page

“He’s a great lad on and off the pitch and gets on with his work, he trains as he plays and is great to have around the younger players, to see how he trains.

“He thoroughly deserves his 100 caps and he deserves all the credit he is going to get having achieved that. It’s good to be part of that with him.

“There a good people and lads in the game and he is certainly one of them.”

Chris Gunter: “Maybe when I look back, it’ll add up”

Gunter will mark his 100th cap by running out into an empty stadium but is not letting that dampen his sprits and says it will be a proud moment.

“It will be one where you finish your career and look back you reflect a little bit better.

“An empty stadium is easier for myself as it has become the normal without fans…and I am okay with that.

“I feel sorry for my family and friends who would love to be there to celebrate, that’s why I would be sad for them.

“But I am not one for much attention or spotlight being on me, so an empty stadium is okay. I’ll have a chance to say thank you when fans can safely return to stadiums.

“I can then show my appreciation for all that they have done over the years. But for now, put the TV on, get a few beers in and enjoy the occasion!”

Wales will be without Joe Allen for both the Mexico game and Tuesday’s second World Cup qualifier against the Czech Republic.

FC St. Pauli defender James Lawrence will be also missing for the next two games due to covid-19 restrictions in Germany.

Wales U21s and Swansea City centre back Brandon Cooper has been called up for the first time as a replacement.