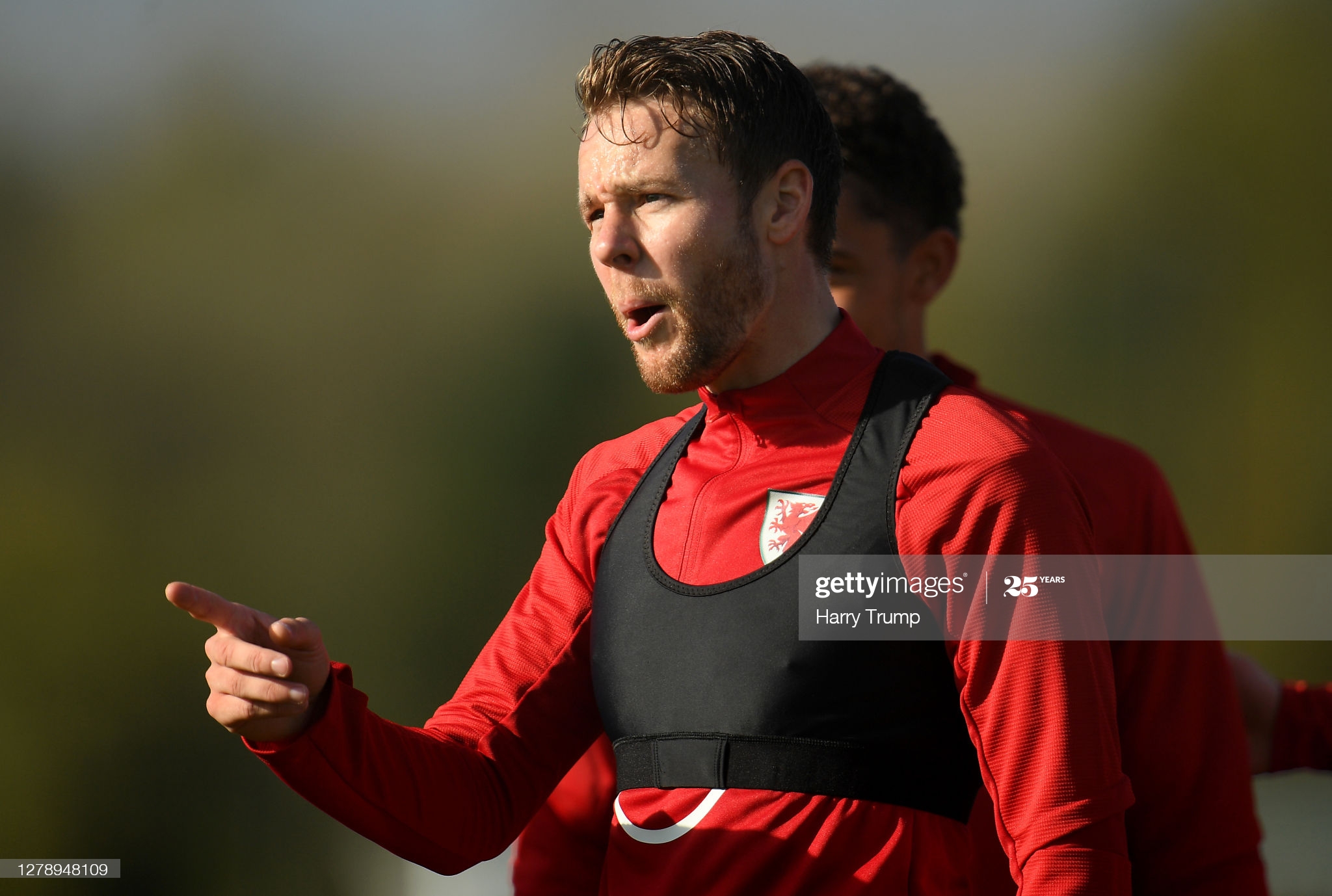 Chris Gunter will skipper Wales as he win s his 98th cap against the USA in Swansea. Pic: Harry Trump/Getty Images

Chris Gunter is relishing taking the captain’s armband for Wales on Thursday as he targets a centenary of caps.

The right-back will win his 98th cap for his country in the friendly against the United States in Swansea on Thursday with Gareth Bale set to be rested.

With the Nations Cup games against the Republic of Ireland and Finland then coming up in Cardiff, he could hit the 100 mark next week.

“Pleased. It’s the greatest honour you can have,” said the 31-year-old.

“To play for your country and be captain. I’m just really pleased. I’m looking forward to it, but the most important thing is making sure you perform well, contribute to the team, and ultimately get the result we’re all after.

“When I got into the 90s it was being asked (winning 100 caps) and until it happens, if and when it does, that will be the case.

“Again, without sounding boring that’s a typical footballer’s reply. It’s the same one I’ve given over many years.

He added: “It would be fantastic, but there’s no way you can go into a game against a very good team on Thursday and think about anything other than your performance.”

Wales have not had the build-up they wanted with assistant manager Rob Page stepping up as first-team manager in the absence of Ryan Giggs.

But Gunter says that nothing has disturbed them for the upcoming games.

“We have a real good routine here in terms of the running order of a camp. That’s been the exact same, so things like that have been completely normal.

“I think Pagey since he joined the squad, he’s had a really big impression on a lot of people. He holds a very respectful level from all the players in the squad and he’s been brilliant this week in terms of the message he’s been delivering.

“We have three important games, and we’ve got to make sure that when the whistle blows on that first game that we’re fully prepared for it.”

Gunter was one of the main features of the Euro 2016 team that got to the semi-finals in France in that memorable summer for Welsh football.

But since then he has seen tough competition from Swansea’s Connor Roberts and recently from the exciting youngster Neco Williams from Liverpool.

“We’ve always had, as long as I can remember, players joining the squad in the last couple of years.

“Those two are no different to many others, but quite quickly after joining the squad have made a real impact, to the point where it’s hard to remember a time when they weren’t in the squad.

“That’s the way football is. There’s probably a load more players that are waiting to come through. It’s brilliant to see. We’ve created such a good atmosphere around the squad.

“They’ve come in and made an impact on the squad. Connor has been playing very well for Swansea, he’s been doing it for a number of years and one that has impacted the squad.

“Neco the same the games he’s been playing in. He hasn’t played many times for us but when he’s played you can tell that for a number of years to come, he’s going to be a really important part of the squad.

“Obviously, it’s your job. You’re training all week and you want to play on the weekends. It’s the part everybody sees and it’s the main part of what you want to do.

“Over the last couple of years, it wasn’t always the case. It’s one of those things that you have to deal with. Otherwise, life wouldn’t be great.

“You wake up every day going into training on the basis that you want to be in the team on a Saturday.

“You’re never going to go through your career playing every game. It’s important to find that balance. If there’s one thing you know in football, it’s that it’s never the same. There can be many ups and downs.”