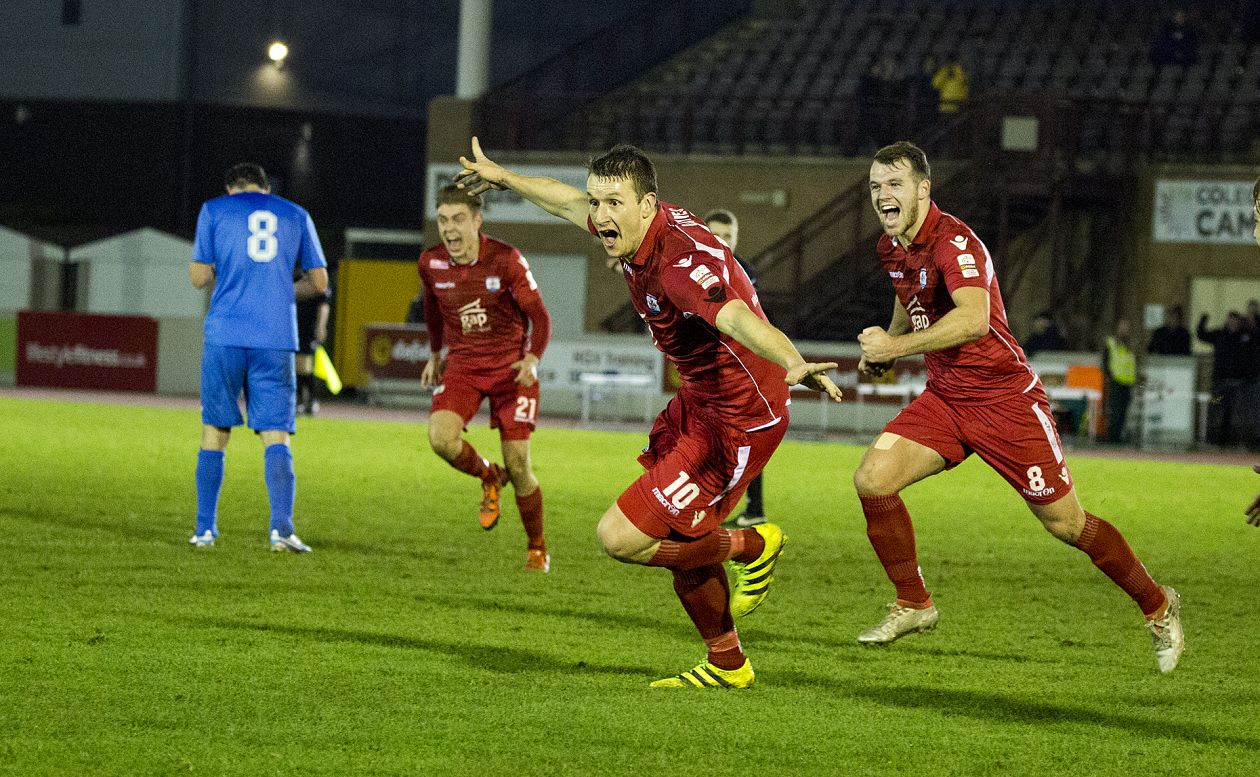 Les Davies celebrates one of his 123 Welsh Premier League goals. The striker has signed for his newly-formed home city club Bangor 1876 and will play in the Gwynedd League.

Bangor City have been handed a reprieve by the Football Association of Wales and will play in the second tier of Welsh football during 2019-20.

Bangor avoided relegation after a 42-points deduction was halved.

An FAW appeal panel listened to fresh evidence and reduced the sanction to 21 points with Hollywell Town now relegated instead.

Bangor survive on goal difference and Hollywell go down for finishing third from bottom of the Huws Gray Alliance.

Three-time Welsh champions Bangor faced with multiple charges for alleged breaches of FAW rules in May and were issued with that 42-points deduction.

The Citizens, who described the punishment as ‘humiliating’, appealed and stay in the Alliance after the deduction was halved.

They have also been fined £700 following the charges which included fielding ineligible players.

The original punishment would have seen them relegated for the second successive season over off-pitch issues.

Bangor were relegated from the Welsh Premier League at the end of 2017-18 after being refused a domestic licence.

The club staved off a High Court winding up order during May for the third time in 12 months.

Counsel for HM Revenue and Customs said in London that the latest tax debt – said to be £2,856.36p – has been paid and asked for the winding up petition to be dismissed with costs.

Club supporters have been dismayed by the problems and Bangor City FC Supporters Association (BCFCSA) have formed a new club – called Bangor 1876.

The new team will play in then fifth tier Gwynedd League and Bangor-born Mel Jones in their manager.

Jones, who holds a Uefa A licence, will be working alongside assistant manager Dylan Williams.

Bangor 1876 have made two significant signings to launch their recruitment. Les Davies and Michael Johnston have joined 1876

The pair have made more than 600 appearances at JD Welsh Premier League level and Davies turned down the chance to sign for Aberystwyth Town in favour of a move to the new club.