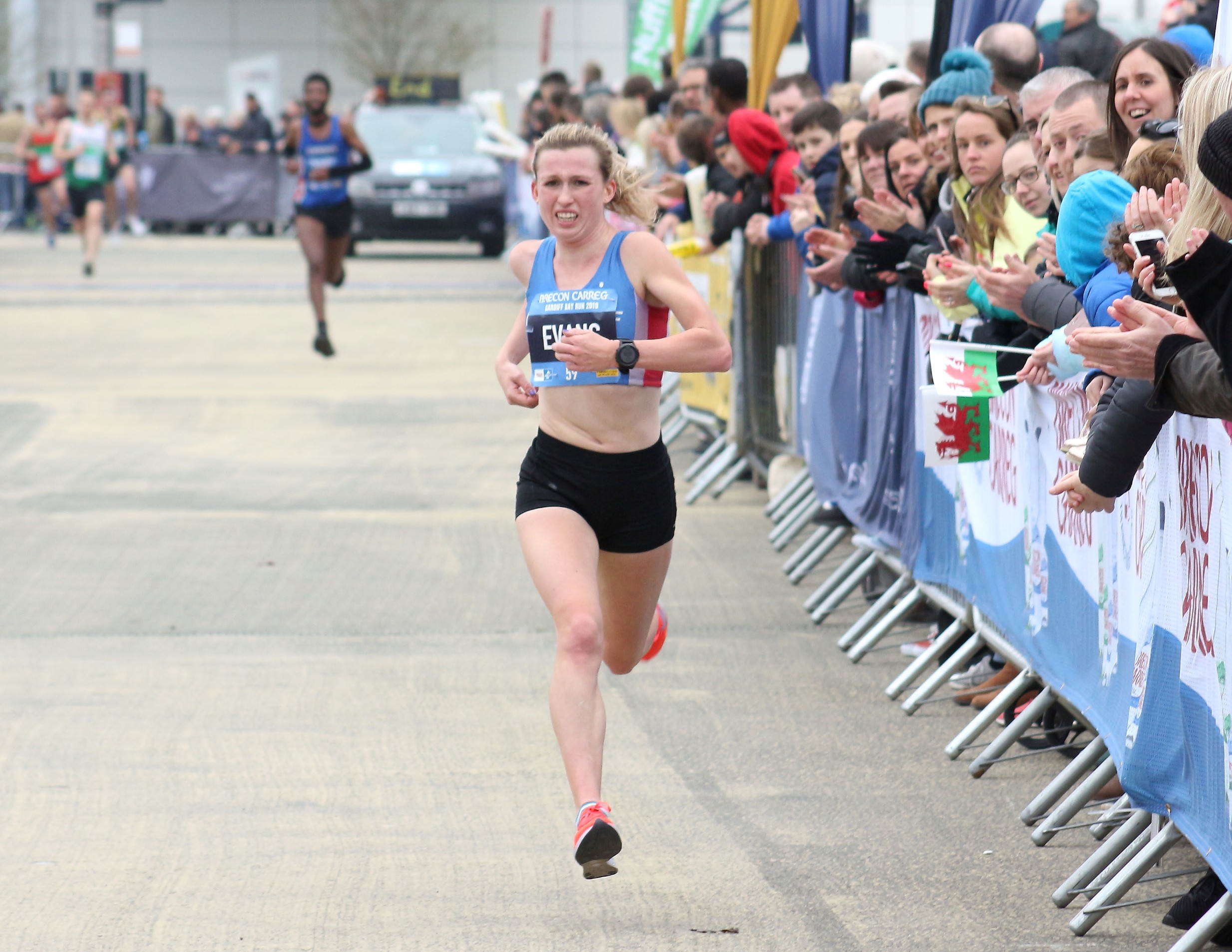 Cardiff athlete Evans rose to the occasion with a fine run to finish third behind Olympic hopeful Lily Partridge, of Birchfield Harriers, and Charnwood’s Sam Harrison.

Evans crossed the line in a time of 1:12.21 to surpass her previous best of 1:12.29 set at the Barcelona Half Marathon in February of this year.

It’s the second time Evans has been in action across the Irish Sea since the resumption of athletic competition, having won the women’s 10K in Lisburn last month.

Confirmation of great new P.B.s for @ClaraEvans4 in 72:21 and @JoshGriffRun in 63:12 at the Antrim Coast Half Marathon.

The 26-year-old is due to be back competing on Welsh soil in Cardiff next Friday where she has been named as part of an impressive invitational elite field at the Cardiff Sunset 5K endurance pilot event organised by Welsh Athletics.

Griffiths sharpened up for next month’s elite only London Marathon as he also clocked a new PB for the distance.

The Swansea Harrier finished sixth as Sir Mo Farah won a race which, with this weekend’s Great North Run having been cancelled, attracted a high-quality field in Larne on Saturday morning.

Griffiths crossed in 1:03.08, beating his previous best of 1:03.33, which like Evans, was set in Barcelona earlier this year.