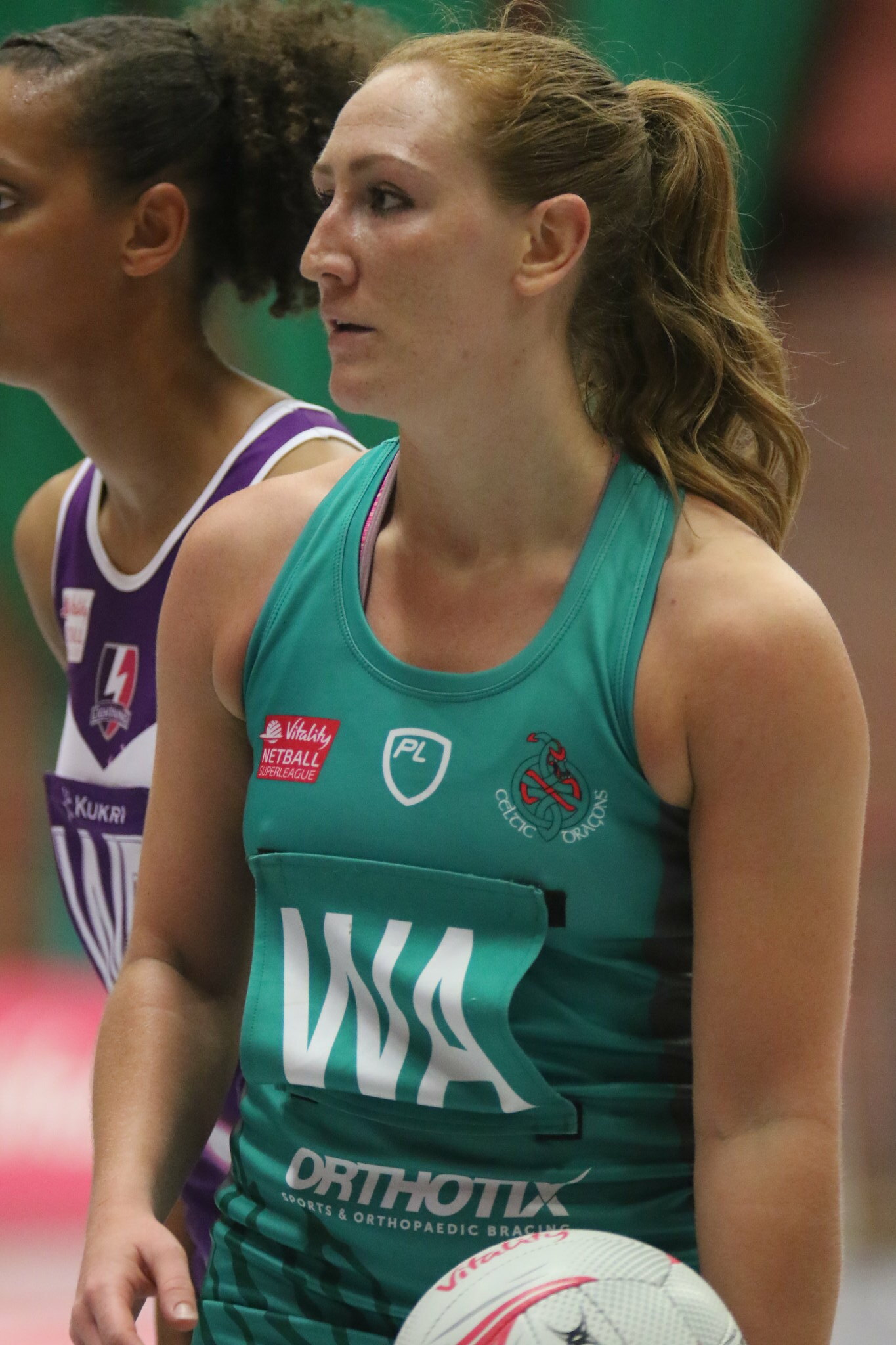 Clare Jones has been training to be a clinical psychologist while taking break from Superleague. Pic: Ian Lovell

Clare Jones is returning to the Celtic Dragons for the 2021 campaign after a couple of seasons out of the Vitality Netball Superleague.

The 29-year-old has been focusing on her career studying at Exeter University to become a doctor in clinical psychology.

“I am very excited to be returning to the Vitality Netball Superleague with the Celtic Dragons,” said Jones, a key part of the Wales team that took silver at Netball Europe in Belfast in 2019.

“I signed for Dragons as it has always been a club close to my heart. I take pride in wearing the Celtic Dragons dress and I am really looking forward to representing them this season.”

We're also VERY excited to confirm that Sophie will be our Captain for the forthcoming season! ⭐

Despite her studies, Jones has also maintained a busy netball schedule playing for Huccleclote Netball Club – with Shona O’Dwyer who will also be with the Dragons in 2021 – captained the University of Exeter squad and also featured for the English Universities netball team.

And she is keen to develop the leadership experience she has gained since her last Superleague game to the benefit of the Dragons in 2021.

Jones added: “I hope to return to Celtic Dragons and make a positive impact. I am looking forward to being back in the environment and hope to add value both on and off the court.

“It’ll be great to link back up with previous team-mates and also build relationships with new team mates and management. I would like to contribute in particular to the defensive area of the squad.

“I hope my previous experience offers a style of play that is attractive to the Celtic Dragons game plans.”

Celtic Dragons’ Director of Netball, Tania Hoffman said: “Clare is professional in everything she does both on and off the court and having her with us will be a big plus for the group.

“She has played in a number of different teams and will have developed a great deal of insight during her time with the national side, as well as with previous Dragons and club squads.

“Clare has developed into a very good defender who can work across the court to provide us with options in the league campaign.

“She will also take her younger team-mates under her wing and play a big role in the development of players across the entire franchise.”