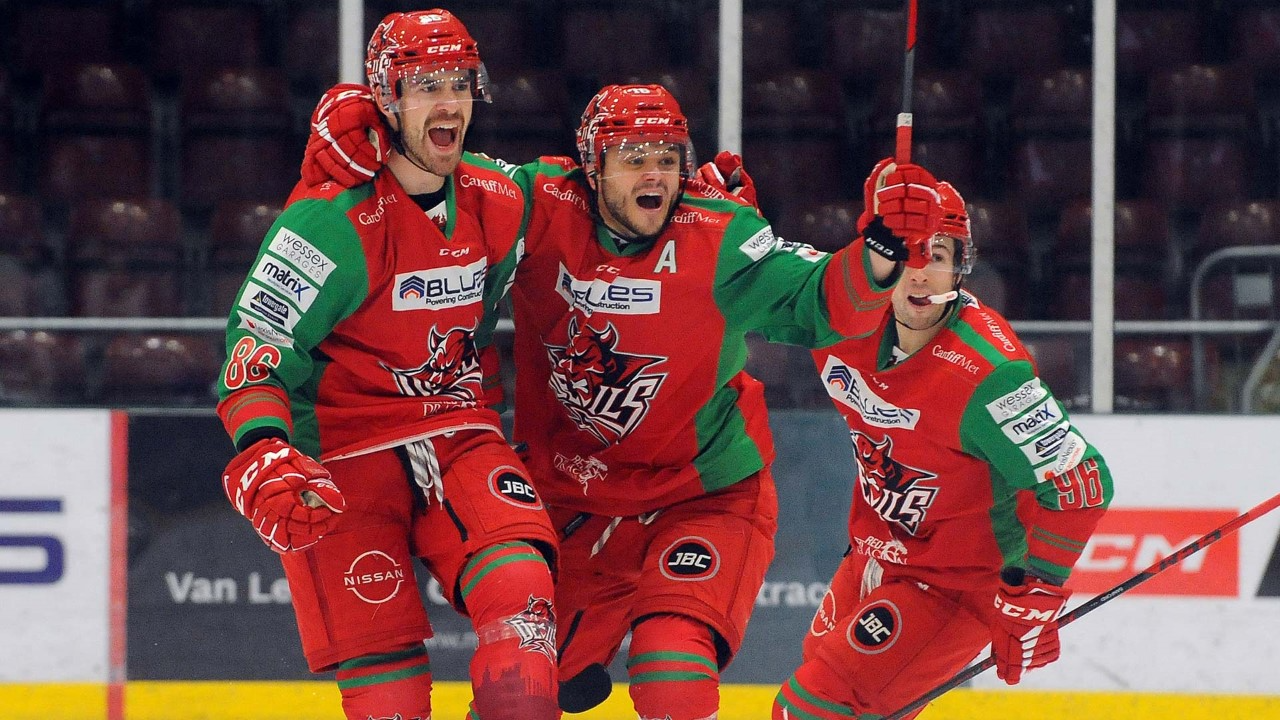 A blistering first period display from the Cardiff Devils wiped out the Dundee Stars’ 4-2 first-leg lead to set up a mouthwatering Challenge Cup semi-final with rivals Sheffield Steelers.

Needing to overturn a two-goal deficit, the Devils turned the tie on its head scoring four without reply in a clinical opening frame.

Brodie Reid’s powerplay opener was followed up by Cole Sanford’s shot from the blueline just 21 seconds later to level the aggregate score. Jake Coughler then added another powerplay marker, with all three goals coming inside the opening 10 minutes, leaving visiting Dundee stunned.

Josh Waller then skated the length of the ice and scored between the legs of Adam Morrison to give the Devils a commanding 4-0 lead from which they never looked back.

“Our focus was on doing the right things and competing the right way and the result will take care of itself. Getting up 4-0 was huge four our team, our special teams were big tonight and we’re very happy to move onto the next round,” said Jarrod Skalde.

The only blip in an otherwise impressive Devils performance was Phillipe Sanche’s short-handed goal that briefly reduced the deficit, but Matt Register made amends witha beautiful solo effort that saw the defenceman dangle through the Dundee defence to beat Morrison and put the Devils 5-1 ahead.

Stephen Dixon then added a sixth with another powerplay effort early in the third period, on a night that saw the Devils go three-from-five on special teams.

“We work on [our powerplay] all the time, we know it can win us hockey games if we’re not playing our best and I thought tonight the Reid goal really got us going,” said Skalde.

Despite the lopsided scoreline, Dundee continued to push in the closing stages with Mac Carruth facing a late barrage of shots late on a 31-save night for the Devils’ starting goaltender.

In the semi-finals, the Devils will visit Sheffield in a single game whilst the Belfast Giants will host the Nottingham Panthers in the other tie, with both games being provisionally scheduled for Wednesday 23rd February.