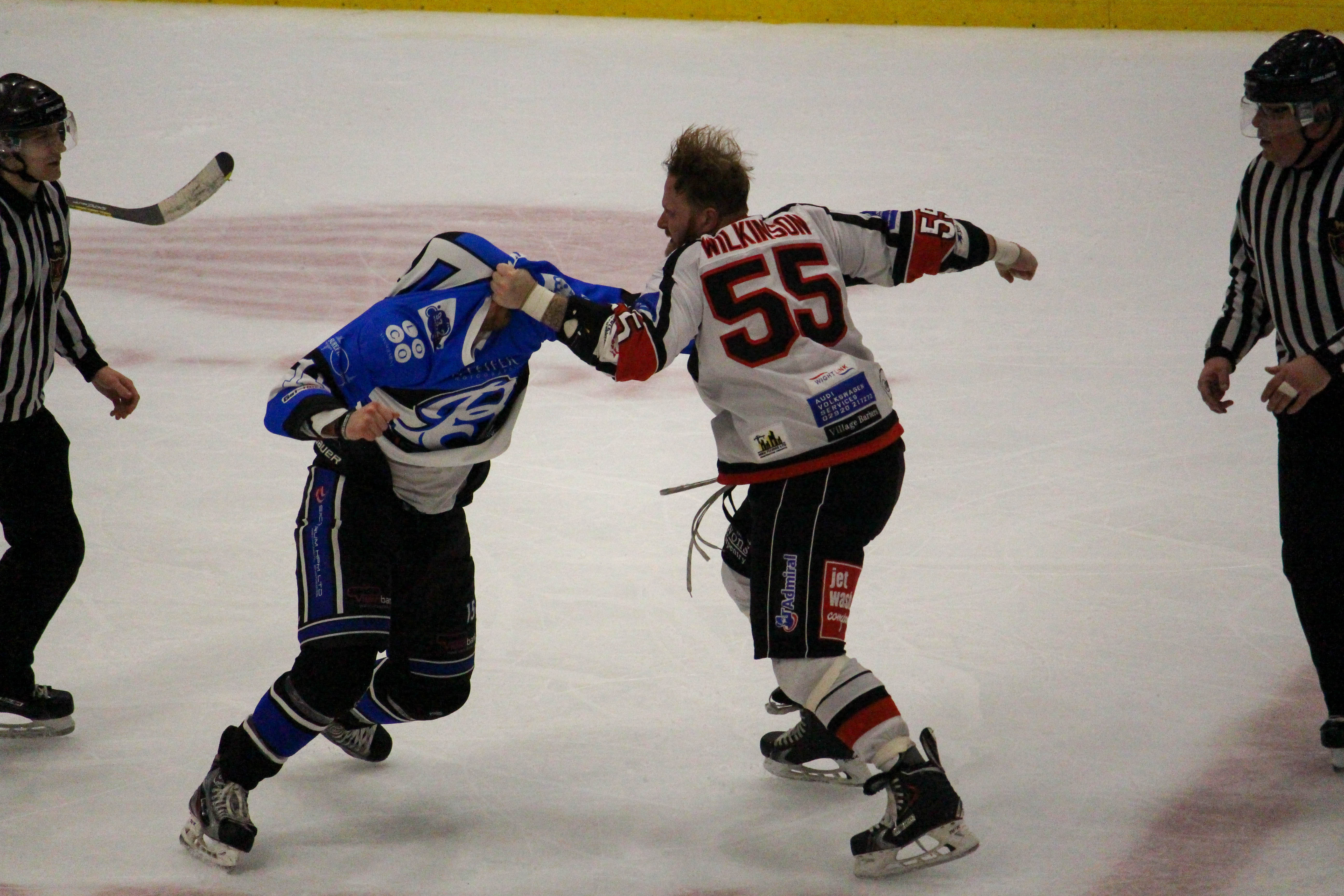 Cardiff Fire's Ross Wilkinson getting to grips with an opponent. Pic: Ollie Hampson.

Player-coach Chris Douglas and his Cardiff Fire team are preparing for a huge weekend of National League ice hockey.

Fire opened the new season with high hopes of making a bold bid for a play-offs place in South Two (Wilkinson Conference).

But they suffered a 4-3 home defeat against Basingstoke Buffalo before crashing 7-2, also on home ice, against Czech player-coach Lukas Smital and his Slough Jets.

Now Douglas takes his team to play Invicta in the Medway Towns, Kent today (Saturday, 5.15pm) before returning to South Wales for a home match against Bracknell Hornets at Ice Arena Wales on Sunday (6pm).

Captain Alan Armour and his Fire team look a far better team than those early results suggest and they have the chance to show those first two home results were no more than a blip.

Hard-hitting Swedish defenceman Viktor Langseth is a key player in the Fire team, while Douglas will decide whether to start in goal for a second successive match.

He was on the bench for Fire’s opening fixture against Basingstoke when Lewis Davies was between the pipes, while James Whiting is a third goalie on the roster.

Lewis started watching ice hockey at the age of four when his brother, Owain, was playing and took up the sport two years later while he was a pupil at Barry’s Ysgol St Curig.

He came through the Cardiff junior system, has been a regular within the South West conference systems and represented England in the Quebec tournament.

Teenager Lewis, from Penarth, is a Great Britain under-18 who is a highly-rated netminder in Cardiff.

Long-serving Bracknell player Danny Hughes, aged 36, is Hornets’ coach and steered them to a third-placed finish in 2017-18.

‘Hughesy’ has been with Hornets for 16 years, initially as a player, later becoming assistant coach, player-coach and for the last three seasons head coach.