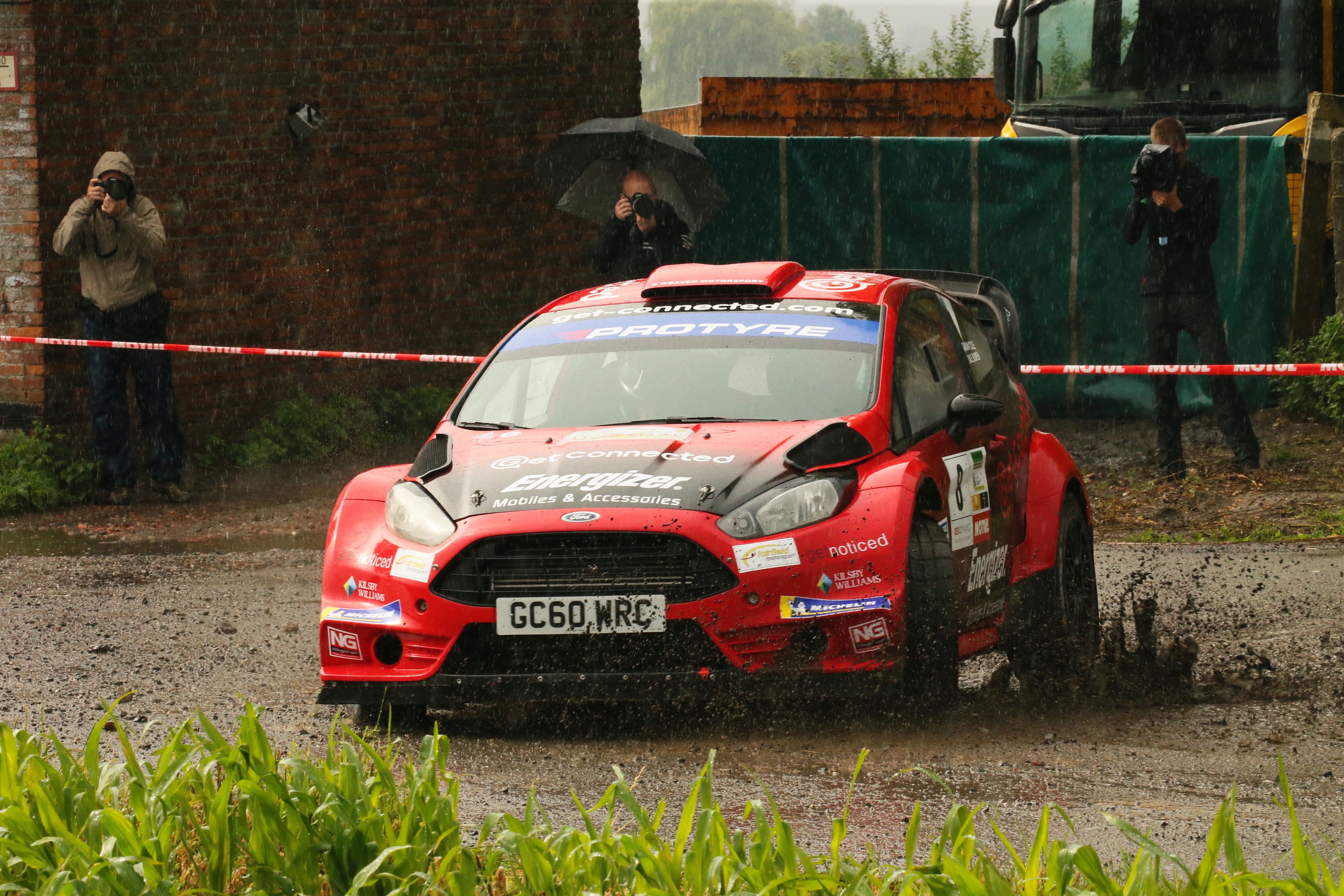 Damian Cole will be looking for maximum Asphalt series points on tomorrow’s Down Rally.

Damian Cole is looking to extend his lead in the Protyre Motorsport UK Asphalt Rally Championship when he contests tomorrow’s Carryduff Forklift Down Rally in his Get Connected/Energizer-backed Ford Fiesta WRC.

The six time champion has an excellent chance to extend his current 17 point lead in the series, as arch rival and defending champion Jason Pritchard is unable to contest the event, as he’s at home awaiting the arrival of a new addition to the family. Having scored maximum points last time out in Belgium, Cole is on top form and after much work seems to have the car working to his liking. The Abergavenny ace will be co-driven by Paul Spooner.

Defending British Rally Champion Matt Edwards is contesting the event in his Ford Fiesta R5 as practice for the forthcoming Ulster Rally. The Llandudno driver will be partnered by Paul Morris.

Llanwrda-based father and son duo Melvyn and Meirion Evans will drive a pair of ŠKODA Fabia R5s. Melvyn drove the car on last month’s Circuit of Munster, but it will be Meirion’s first event in a Fabia. They’ll be co-driven by Aled Davies and Jonathan Jackson respectively.

Steve Wood, from Aberstwyth, drives a Fiesta WRC, Beulah’s Meirion Evans contests the event in an Escort Mk2 and Dai Roberts/Pete Phennah will be going flat-out in their Peugeot 205 GTi. West Wales crew Rhidian Daniels/Tomos Whittle are looking to extend their Asphalt series class B10 lead in their Citroën C1 Max, Mike Pugsley (Bedlinog) and co-driver Marc Clatworthy are aiming to move one step closer to retaining their class B12 title in their 1974 Escort Mk1 RS2000, while another good result in their Vauxhall Nova will give Will Mains (Llandysul) and Claire Williams (Ammanford) one hand on the 1400 trophy. Meanwhile Carmarthen’s Ian Taylor, who has just celebrated his 50th birthday, will co-drive for Oli Hopkins in a Mitsubishi Mirage.

The Down Rally starts at 08.15 tomorrow and contains 11 closed road asphalt stages, all situated to the south of Lisburn.