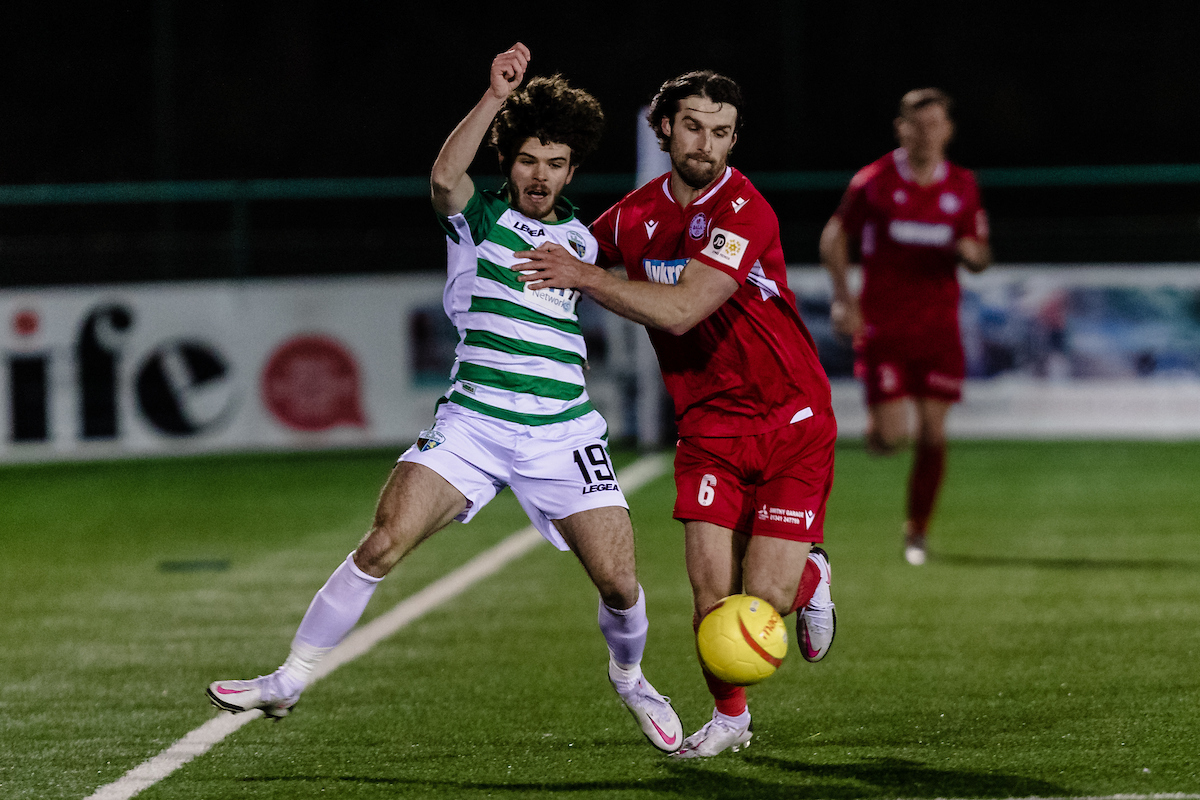 The New Saints and Bala Town play out a goalless draw at Park Hall.

Colin Caton has ticked off many achievements during his 17-year tenure, guiding Bala Town up through the Welsh football pyramid. But recording a victory over The New Saints at their Park Hall home remains frustratingly elusive to the Lakesiders.

Yesterday’s goalless draw extended Bala’s winless record in Oswestry, but this was perhaps as close as they had got to breaking that unwanted record in any of their previous 19 league visits.

Both teams spurned chances to break the deadlock but the decision not to award Bala a penalty midway through the second-half denied the Lakesiders of their best opportunity.

Caton was left with no doubt as to what the decision should have been. “From where I saw it, it hits the bottom part of his arm and Iwan [Griffith] is saying it’s hit is shoulder, which I think’s wrong,” he rued.

“He’s got a bad, bad decision wrong and it’s a blatant decision to give us – but Iwan’s a good lad and hasn’t tried to make a bad decision.”

Minutes after the penalty claim, Bala came close to making the breakthrough when Venables climbed above The New Saints defence, sending a downward header narrowly wide.

The New Saints have added to their already considerable wealth of attacking talent since they were last in competitive action with the acquisition of Adam Roscrow from AFC Wimbledon.

The former Cardiff Met striker was put straight into The New Saints line-up and fired over from the edge of the area in the first-half before being replaced by veteran Saints scorer Greg Draper on 66-minutes. You sense The New Saints will not have to wait too long before Roscrow opens his goal account for his new club.

Despite the positive performance, the draw does little to aid The New Saints’ title push with their lead at the top of the JD Cymru Premier reduced to a point.

The New Saints could even have snatched it at the end. Adrian Cieslewicz thought he had done enough to grab the winner in the final minute, but goalkeeper Alex Ramsey was alert to push the Pole’s near-post header over the bar.

ROUND-UP
Connah’s Quay remain hot on The New Saints’ heels after they rallied to a 2-1 win over Newtown with 10-men.

Alex Fletcher’s cool finish from the edge of the area gave the Robins a surprise lead before Jamie Insall’s return from a lengthy injury lay-off was cut short when he was dismissed in the 24th-minute for a late challenge on Newtown’s George Hughes.

Despite the numerical disadvantage, the Nomads were back on level terms four minutes later as George Horan outmuscled the Newtown defence to head home.

Haverfordwest County broke into the top-six following their win over Cardiff Met, before announcing the signing of Jazz Richards later in the evening.

Referee Dean John was left with little choice but to point to the spot after Bradley Woolridge had bringing Danny Williams to the ground late in the first-half.

Williams made no mistake from twelve-yards to keep County’s top-six hopes alive.

A flurry of late goals saw Caernarfon Town and Aberystwyth split the points at The Oval in a dramatic 2-2 draw.

John Owen’s thumping volley put bottom-of-the-table Aberystwyth ahead in the 39th-minute before two late goals from the hosts turned the game on its head.

There was still time for more drama however, as Jamie Veale replied five-minutes into time added on with an inch-perfect free-kick.

David Cotterill’s first-half penalty was enough to secure Barry Town a 1-0 win over Cefn Druids. That result leaves the Druids in the bottom-two.

Flint Town United are ahead of the Druids on goal difference. Flint’s return to action also got off to a losing start when Mael Davies and Nathan Wood combined to give the Penybont the decisive goal.

Tidy finish by Nathan Wood to open the scoring.