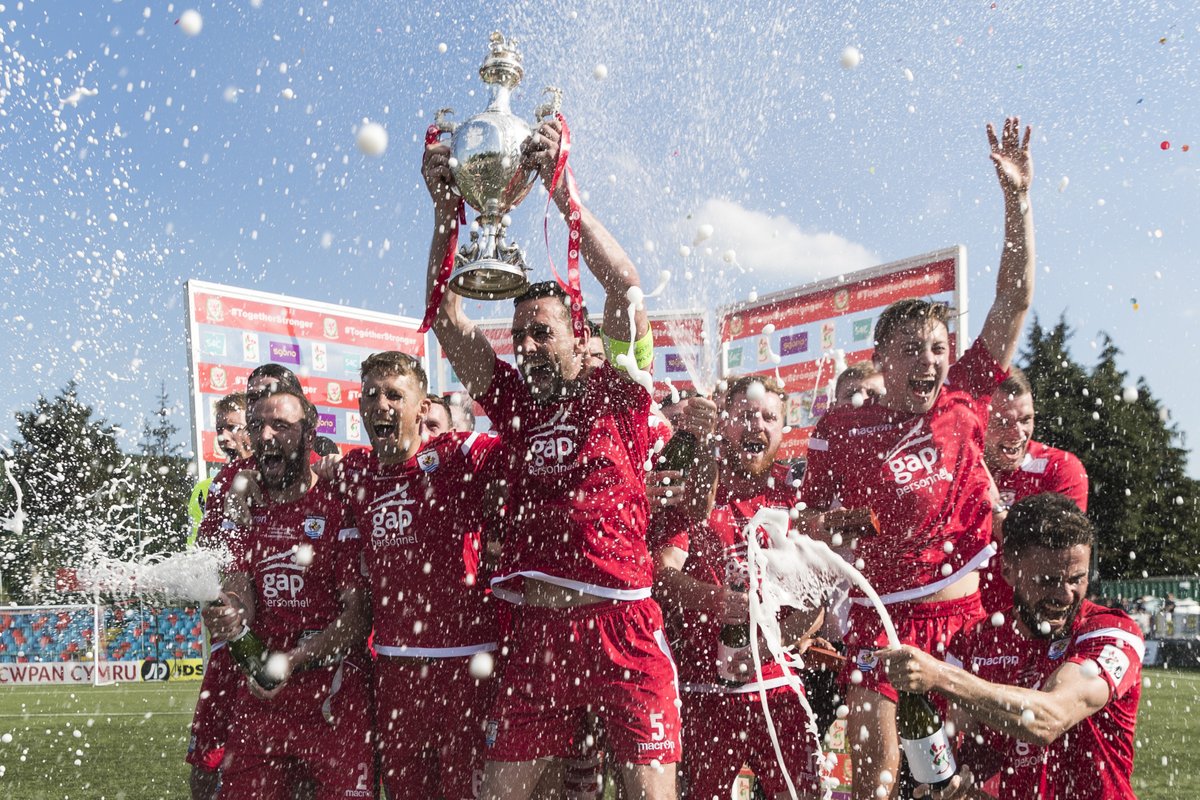 Connah’s Quay Nomads are the new champions of Welsh domestic football after the FAW confirmed it had ended the league season.

The Nomads become champion of the Cymru Premier League for the first time under an unweighted points-per-game method.

They will take Wales’ spot in Champions League qualifying, whenever that takes place, in a series of decisions confusingly handled by the governing body.

BBC Wales quoted an FAW statement in a report on Tuesday afternoon, although no statement was issued by the association until later in the day.

When it arrived at 5.26pm, it confirmed the anticipated news that the season had been brought to a premature close due to the coronavirus pandemic.

But unlike the same conclusion reached by the Scottish Football Association 24 hours earlier over their league structure, the FAW has yet to reach any decisions regarding promotion and relegation.

The unweighted points-per-game system was used to determine the final standings across all four tiers of the men’s leagues.

A lot of people who cover the domestic game are extremely disappointed as to how this played out today, whether the leak was intentional or not. https://t.co/y0jpEORK1W

The same method was applied for the Welsh Premier Women’s League, in which Swansea City Ladies were declared winners.

The FAW said the decision had been made following consultation with clubs, and that it has “yet to decide” on whether promotion and relegation will take place across the men’s tiers, with a decision to be “in due course”.

“The FAW Board took into consideration the health and safety of all those involved with these leagues,” Welsh football’s governing body said in a statement.

“Furthermore, the FAW Board also considered the specific economic and financial impact of attempting to finish the season during the pandemic and therefore felt it was imperative not to risk the long-term financial stability of the leagues and their clubs.

It is the first time Connah’s Quay Nomads have won the Cymru Premier, as they finished ahead of New Saints, who had won the title for the last eight seasons, with Bala Town third.

As a result, Connah’s Quay will enter qualifying for next season’s Champions League, while New Saints and Bala Town will both receive places in the preliminary rounds of the Europa League.

The Welsh Cup has been postponed, with hope still being held that it could be resumed before the start of the next league season, but the Europa League qualifying spot reserved for the competition has been given to fourth-placed Cymru Premier side Barry Town.