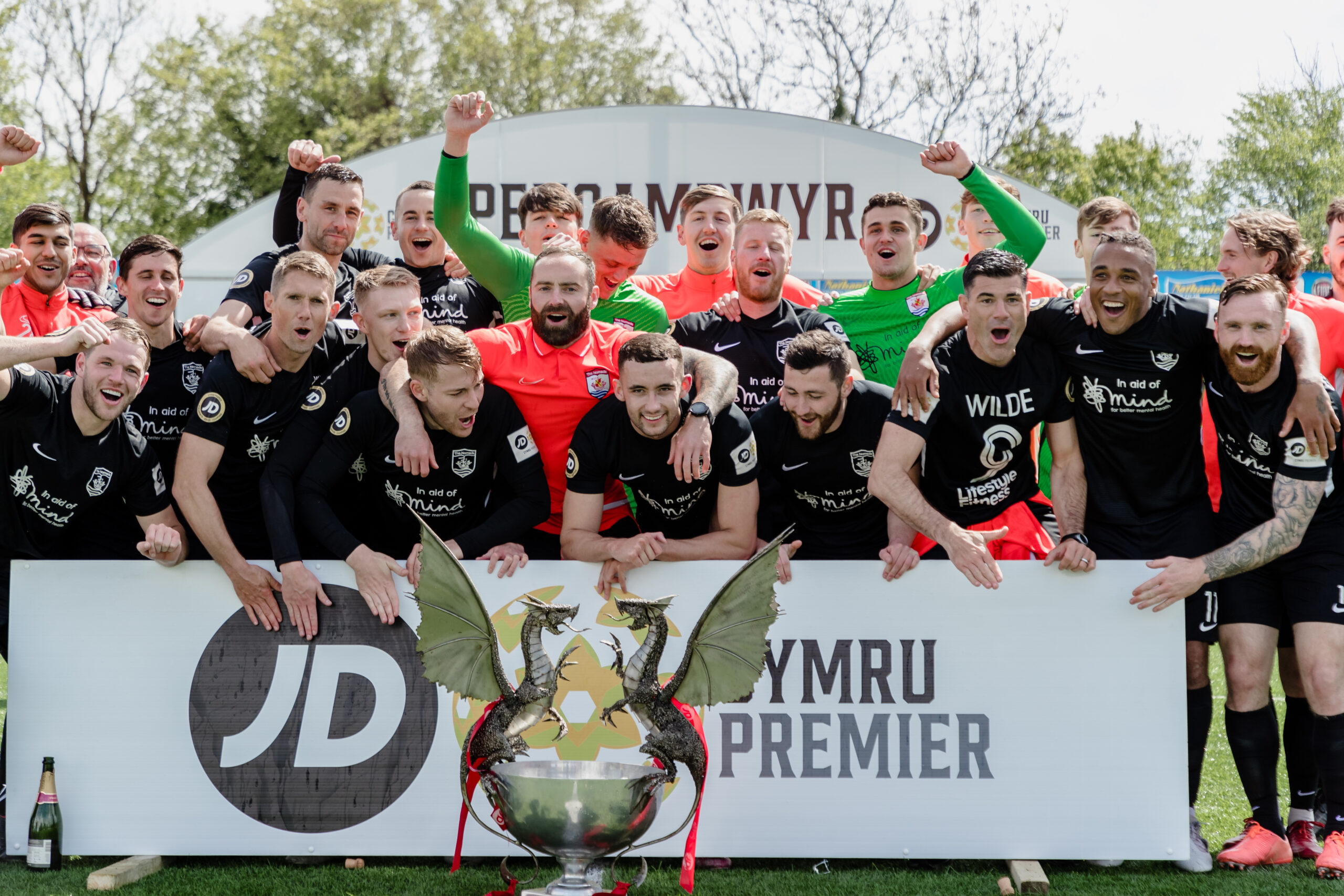 Connah’s Quay successfully retained the Cymru Premier title after they pipped The New Saints to the championship on the final day of the season.

Connah’s Quay got the win they required to secure the title after George Horan and Aeron Edwards scored either side of half-time against Penybont.

The New Saints, who required both a win and for Connah’s Quay to drop points in order to claim the title, claimed a 2-0 win over Bala Town with ten-men.

Edwards, who lifted the league title nine-times as a player for The New Saints before joining the Nomads last summer, scored a crucial second goal to repel any threat of Penybont getting back into the game.

Connah’s Quay manager Andy Morrison, who sported a cowboy hat on the final whistle in reference to The New Saints owner Mike Harris, said it was his side’s recent victory over The New Saints that ultimately decided the title and that his own future was unresolved.

“I’m incredibly proud, it’ll sink in later but it’s special. The defining moment was the massacre at Park Hall, that’s the only thing because apart from that it was nip and tuck all the way.

“I’m going to speak with my chairman this week, it’s been a long, long six years. Then if I stay, it’s two weeks until we return to training for the Champions League qualifiers, it’s been a fantastic journey.

“It’s been of the greatest day’s of my life, I’m incredibly proud,” Morrison added.

The New Saints head coach Anthony Limbrick felt that his side had done anything asked of them in the final run-in.

“We can only do what we can do, we knew after the draw away [to Connah’s Quay] it was out of our hands, but since then we’ve kept our side of the bargain.

“I was happy with the performance and that’s all we could do.

“It’s disappointing, but congratulations to Andy and Connah’s Quay but whoever finishes top of the table deserves it and we look forward to trying to win it back next season,” he said.

Captain George Horan settled any Nomads nerves by heading his side in front after just six minutes, arriving at the back post to comfortably out-jump Kane Owen to send a powerful header into the net.

Connah’s Quay were not the only side to claim an early advantage however as Ben Clarke put The New Saints in front in the tenth-minute after being played through on goal by Ryan Brobbel.

Ten minutes later, The New Saints were dealt a set-back when Ryan Harrington pulled down Keiran Smith on the edge of the box to receive a straight red card.

The New Saints were able to maintain their grip on the game, despite their numerical disadvantage, and Adrian Ciewslewicz’s precise finish extended their lead in the second-half.

Back at Penybont, heading into the final twenty minutes, tension began to build at the SDM Glass Stadium and an equalising goal for the host would’ve demoted Connahs Quay to second-place in the table on goal difference.

The double substitution of Ashley Evans and player/manager Rhys Griffiths appeared to galvanise Penyont, who began to gain a foothold back into the game. A headed effort across goal went narrowly over the bar as Penybont, sensing an upset, grew in confidence in their role as potential kingmakers in the title race.

With 15-minutes remaining however, it was Edwards’ unmarked header from Danny Davies’ delivery that lifted the pressure off the Nomads and put them on the cusp of the title.