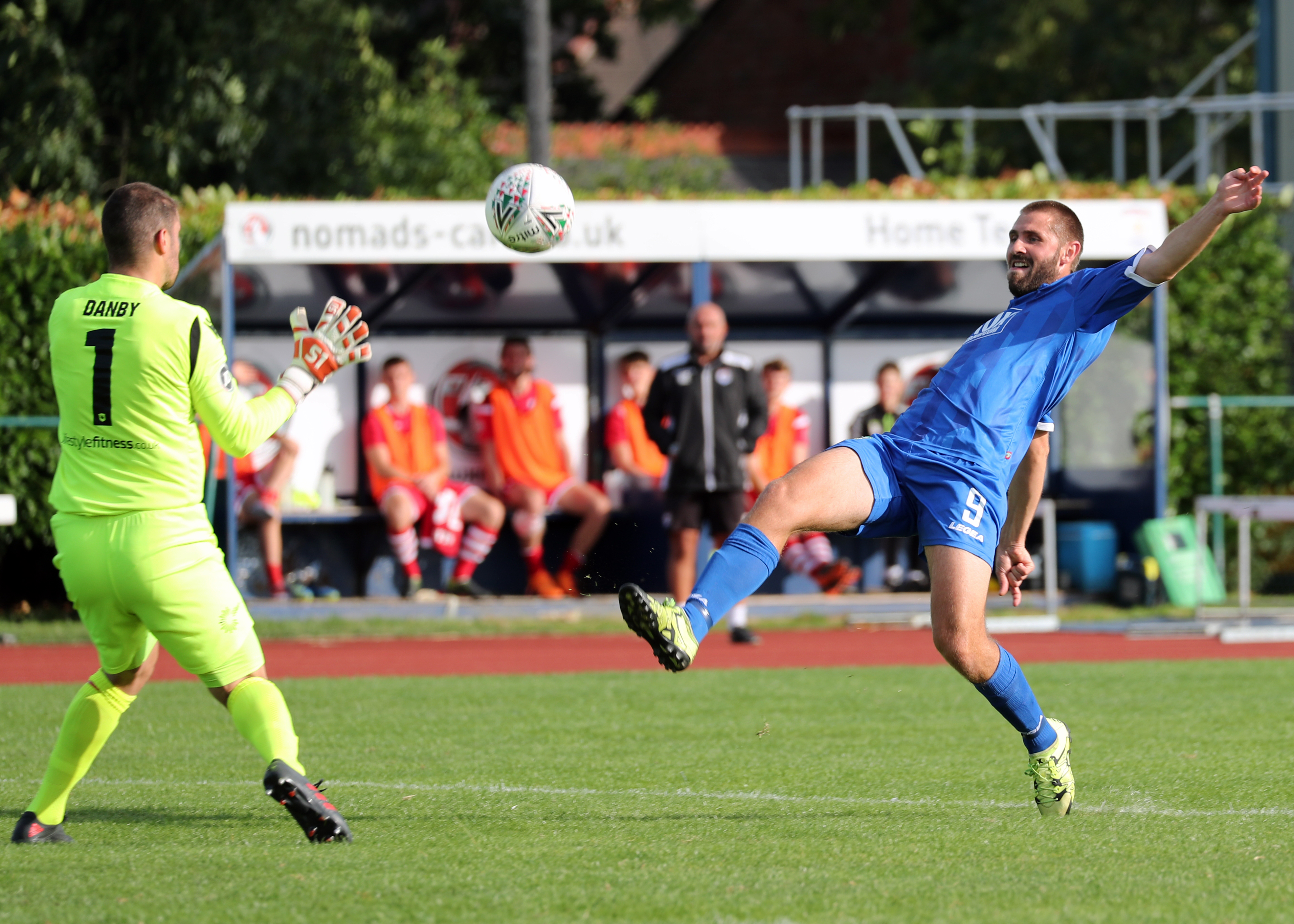 I’d be prepared to wager good money that there is no other top-flight league in Europe that has their top-goalscorer unable to nail down a regular starting place with his club side, but after 26 games this season that is the case for The New Saints’ 18-goal striker Greg Draper.

Draper, a seven-time WPL winner during his eight seasons with the Oswestry club, is on track to surpass his highest goals return for a single season during this current campaign in which he has remarkably started on just six of his 22 WPL appearances.

Despite his prolific goal return, Draper has spent much of season behind Kurtis Byrne in the Saints pecking order, but there must be growing pressure on Saints boss Scott Ruscoe to recall the New Zealander this afternoon for their top-of-the-table title clash with Connah’s Quay.

With the season nearing towards its end, Connah’s Quay have managed to hold off the persistent threats of The New Saints and Barry Town United to sit two points clear at the table.

They have the chance this evening to extend that lead to five, with The New Saints, having also played one game less, able to move a point clear at the top should they win.

Whoever comes out sitting top of the table on Saturday night will undoubtedly be in the driving seat for the final run-in of games – five for Connah’s Quay , six for The New Saints.

For a game of such magnitude, the inclusion of Draper will surely be too hard to resist for Ruscoe?

The Saints boss is a man who keeps his cards close to his chest but I suspect he might just call upon his leading scorer as a not-so-secret weapon to test the resolve of Connah’s Quay’s stubborn defence.

As effective as they are, the Nomads are a predictable outfit. Their approach to this game will be built on a defensive-first approach with expectations of high levels of commitment and organisation off the ball to retain their shape, whilst taking a direct and physical approach when in possession.

The New Saints prefer to operate with one forward leading the line and Connah’s Quay will believe in their ability to shutdown and smother the Saints attack, Ruscoe could well play an ace card in fielding Draper from the off in a two-man attack and give the Nomads as extra problem to deal with at the sacrifice of losing a body in midfield.

The fact Scott Ruscoe should be considering straying away from his typical set-up should be seen as a compliment to the form Andy Morrison’s team have sustained so far this season.

This is a team who had hopes of pushing The New Saints and Morrison will believe his team have surpassed expectations to actually be leading the charge at this stage of the season.

Judging from his comments earlier this week, Morrison almost has the end to a gruelling campaign in sight.

“We’ve never dropped our standards, we’ve maintained a very high level all season and we’ll treat this game exactly the same. The preparation has been meticulous, the training has been at a higher level this week than I’ve ever seen at the club with the intensity, the aggression and desire, which makes me feel great ahead of the game,” he told the WPL official site.

This fixture is the high point of the season for both Connah’s Quay and The New Saints – for now at least. While the game will give an enormously important three points to the victor as well a huge psychological lift, the two teams will meet again on the final day of the season.

That final showdown could well turn out to be the title decider, but the winner of this one will certainly have WPL title within their grasp.