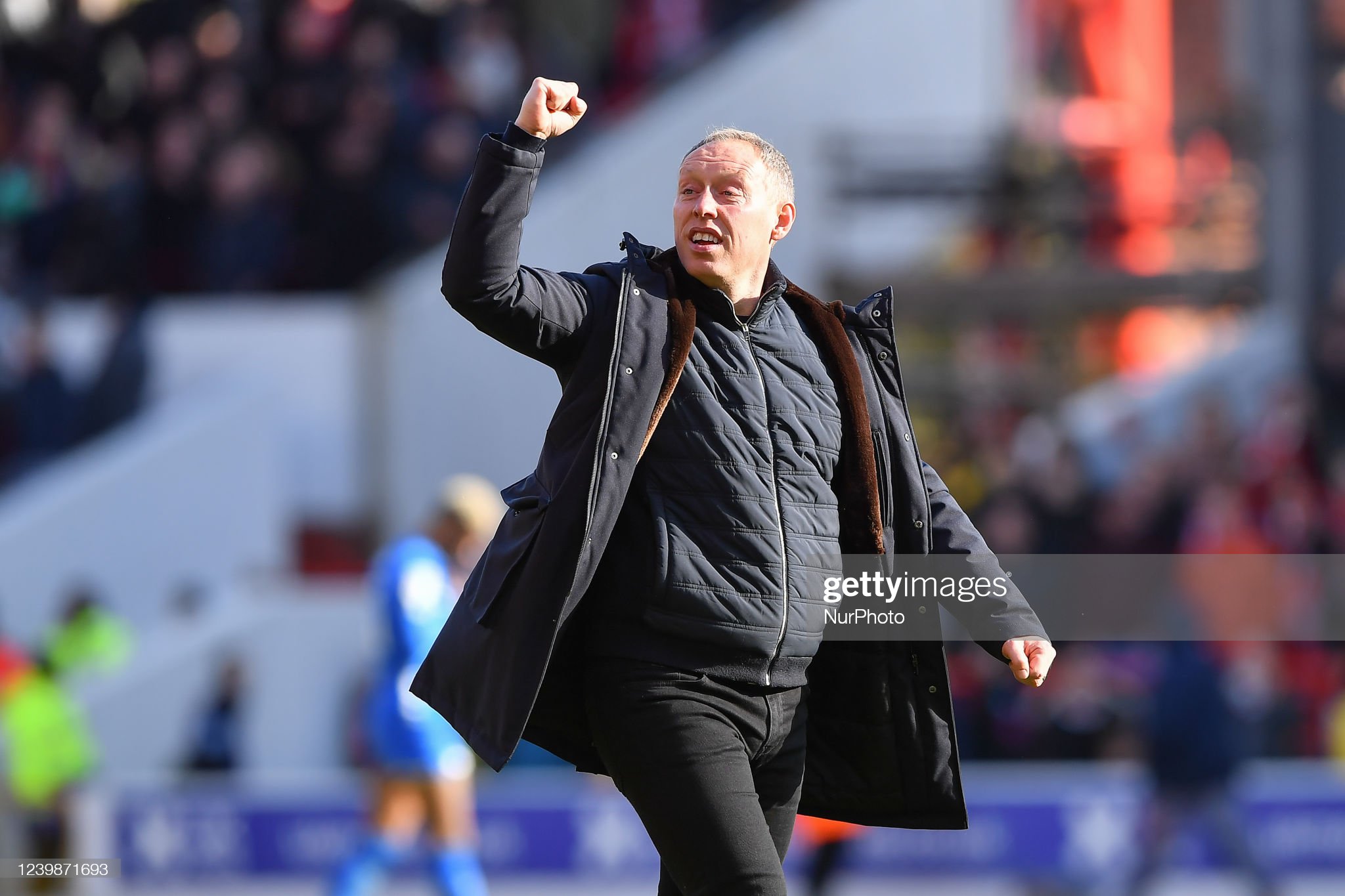 While promotion to the Premier League is still a long shot for Swansea City – despite their current revival – it’s very much a strong possibility for two Welshmen at Nottingham Forest. Steve Cooper and Brennan Johnson have both been integral to the club’s transformation, as Daniel Parker reports.

During his two-year tenure at the Swansea.com Stadium, Steve Cooper was respected by the majority of the Jack Army – a knowledgeable and generally very reasoned set of supporters – but never truly loved.

Why? To quote Joe Pesci’s would-be conspirator in Oliver Stone’s JFK, it remains “a mystery wrapped in a riddle inside an enigma.”

After all, the club secured two consecutive top six finishes in the Championship under his stewardship: arguably an over-achievement with a depleted squad and limited funds.

Maybe, it’s because he was primarily a ‘lockdown manager’, only enjoying half a season with fans in tow before the pandemic took hold.

That definitely prevented him from building the same bond with supporters that his predecessor Graham Potter enjoyed (or that his successor Russell Martin is now basking in – especially after that emphatic league double over Cardiff).

Or was it a question of style?

That win today has taken Forest up to 3rd, just 6 points off 2nd with 7 games to go.
They couldn't could they? 🌳🔴

Sure, Cooper’s charges never emulated the ‘Swansealona’ tiki-taka of the Martinez, Rodgers or Laudrup eras, but his Swansea were still an entertaining watch, mixing panache with pragmatism en route to a play-off final appearance last year.

Even his history as a Welshman who had crossed the Rubicon/Severn to manage England’s age-grade teams couldn’t really be counted against him.

After all, the contacts he built during his time over the border helped bring the likes of Rhian Brewster, Marc Guehi, Conor Gallagher, Joel Latibeaudiere and Freddie Woodman to Swansea.

There’s no doubt that the sudden nature of the manager’s departure from West Glamorgan just days before the start of the 2020-21 season sullied his relationship with Swans fans, but you sensed that he’d never really won over hearts and minds in the first place.

Whatever the reasons for the lack of love, it’s clear that Swansea and Steve Cooper have both moved on.

Steve Cooper took over Forest after they had 1 point in 7 games. He now has them in play-off contention & that performance vs LFC shows why. Their intensity/counter-attacking troubled LFC more than many PL sides. He also did a top job at Swansea. Looks like a PL coach in waiting.

The city once labelled ‘Copperopolis’ because it was built on copper works, never became Cooperopolis with success built by their head coach.

But for the Pontypridd-born coach, new club Nottingham Forest seems to be a perfect match.

After a dismal start to the 2021-22 season under Chris Hughton, with just a solitary point chalked up over their first seven games, Forest’s fortunes have been transformed under Cooper.

The East Midlanders – long one of the sleeping giants in English football’s second tier – have risen to fourth in the Championship at the time of writing, with two games in hand on third-place Huddersfield.

Crucially, the gap to Bournemouth in second – which had seemed insurmountable earlier this year –  is now just six points.

If Nottingham Forest’s stunning run of form continues, the din of squeaky bottoms in Dorset will grow ever louder.

Forest have lost just once in the league in 2021 – winning a remarkable 10 of their 14 Championship fixtures since January.

🏡 Nottingham Forest's home form in the Championship in 2️⃣0️⃣2️⃣2️⃣ so far:

They have now won five league games on the bounce, and their last defeat in any competition was a narrow FA Cup quarter-final loss to Liverpool, having already seen off Arsenal, Leicester and promotion rivals Huddersfield to reach the final eight in the hat.

There was no dramatic overhaul of the squad in January, but Cooper recruited astutely.

There’s no doubting who the star of the show is, though.

Updated numbers for Keinan Davis here. For me, of all #nffc loan players this season, he is the most important one to try and get on a permanent deal. pic.twitter.com/8vi8tIAEYJ

Wales’ Brennan Johnson has enjoyed an electric campaign at the club he has been with since boyhood, scoring 15 goals and providing eight assists.

His pace and intuition have provided an X-factor which few of Forest’s immediate promotion rivals possess, and the 20-year-old will surely be a Premier League footballer next season.

Whether that is at his beloved City Ground or elsewhere remains to be seen (the now heavily-walleted Newcastle United are just one of the top-flight clubs he has been linked with).

What is certain is that Johnson will be a key player for Wales for years to come and will undoubtedly be in strong contention for a place in Robert Page’s team to play Scotland or Ukraine this summer.

The sky is the limit for Cooper and his rejuvenated Forest, too. You wouldn’t bet against the Reds returning to the Premier League in May by hook or by crook.

🌳🏴󠁧󠁢󠁷󠁬󠁳󠁿 | Goal number 14 of the season for Brennan Johnson this evening 🤩

They have averaged 2.1 goals a game in 2022, and seem to be riding the quest of a wave of optimism generated by their sizeable, long-suffering fanbase.

Their penultimate game of the season – away at Bournemouth – may yet prove crucial – especially as seven of the Cherries’ last eight games are against teams in the thick of the promotion hunt.

Directly before that lies another intriguing test though, with Swansea City due to visit the City Ground on April 30th.

With the Swans enjoying the hottest run of form in the division after Forest at present, that could well be an interesting reunion for Cooper and another heated affair.

But, to paraphrase Nottingham Forest’s most famous Welsh supporter, James Dean Bradfield, it’ won’t be war – just the end of love.