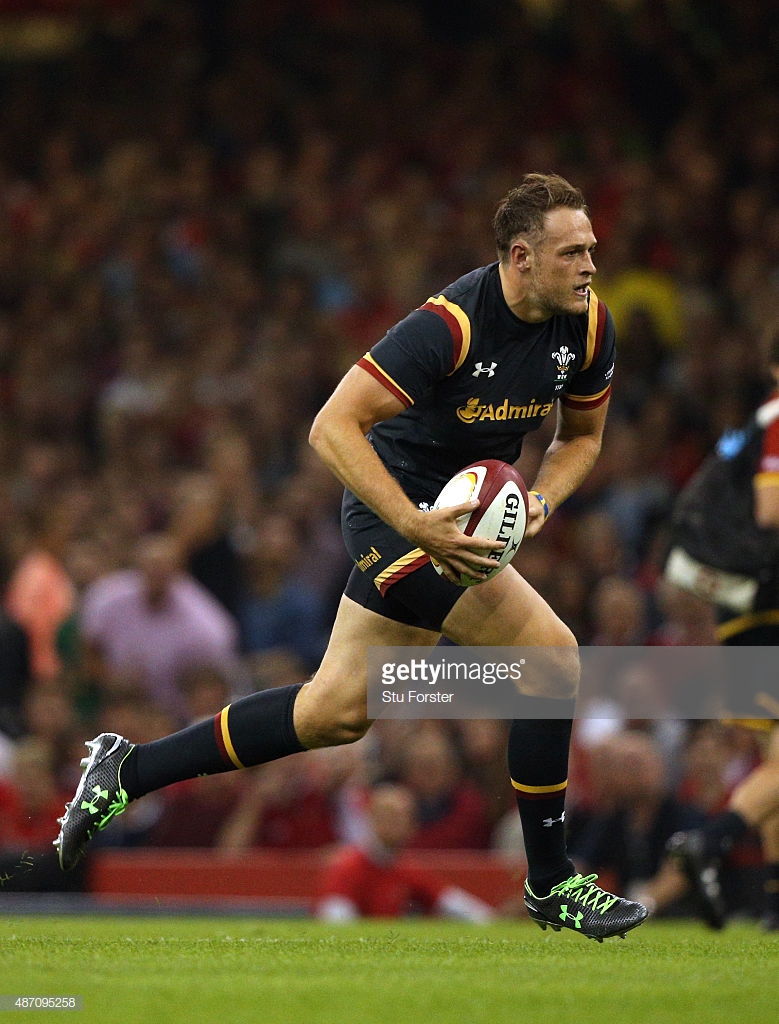 Cory Allen is desperately trying to shed some of his “15-a-side puppy fat” in order to get ready for the World Cup Sevens in San Francisco later this month.

The Ospreys centre, who marked his debut in the 15-a-side World Cup with a hat-trick in Wales’ win over Uruguay in 2015, has joined former Cardiff Blues team-mate Lloyd Williams and Dragons wing Jared Rosser in dropping down to the small-sided game to boost Welsh chances in the USA.

Allen was thrown in at the deep end this week in the third round of the Rugby Europe Grand Prix Sevens tournament in Exeter, but stood up to the test by helping Wales to top their pool with wins over Portugal, Germany and Spain on Day 1.

It means they will meet the best third-placed team from the three pools in the Cup quarter-finals on Sunday.

“This is a great chance to get in some practice for the World Cup for all of us, especially those of us who have just come into the squad,” said Allen, who played in the World Series in 2013 and scored one of the greatest Welsh Sevens tries of all-time in the Hong Kong final against Fiji.

“It is a chance to get in some running and to try to get rid of some of our 15-a-side puppy fat. The weather has made it harder, as was the coach’s decision to give me nine minutes instead of seven in the last game.

“We won all three matches, which was good and having seen some images of the stadium we’ll be playing at in San Francisco we are all getting very excited. We all want to play in that arena and in a World Cup.”

Allen burst clear for one of his side’s four tries in their most impressive win of the day, 28-5 over Spain in their final outing, and looked to be getting up to speed with things by the end of a long, hot day.

Earlier on, Wales had to claw their way back from a 19-point deficit in their opening game against Portugal before winning 24-19.

In their second game they battled hard to beat the much-fancied German team that had reached the finals of the two previous events in Moscow and Paris. The experience of skipper Luke Treharne came to the fore and they ran out 17-12 victors.