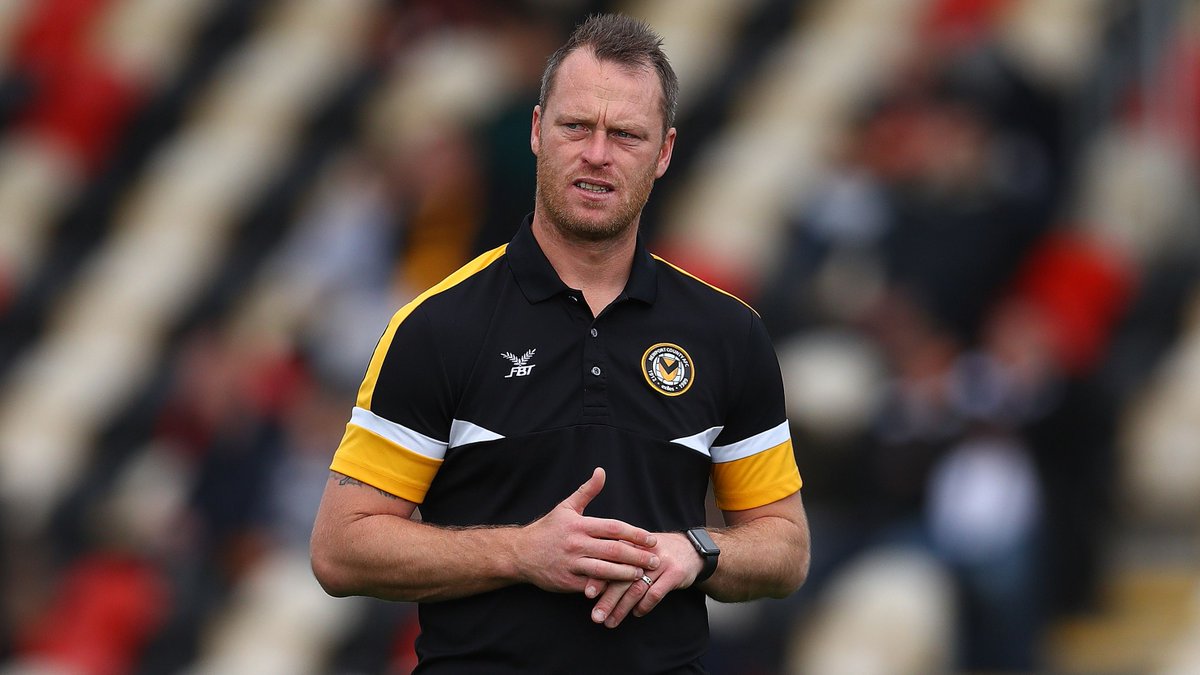 Exiles manager Michael Flynn is refusing to get carried away by his side's start. Pic: Newport County.

Newport County have seven matches left – four at home and three away – in their quest to snatch a League Two play-off place.

The Exiles are 13th, six points outside the top seven, after their goalless draw against Tranmere Rovers, but have at least one game in hand on the teams above them.

They could jump to ninth by beating Swindon Town at Rodney Parade on Tuesday and manager Mike Flynn says: “We have to keep going.

“They’re all big games, all of them.

“No extra pressure on Tuesday whatsoever. We have a game at home and if we win, great. If we don’t, we go onto Saturday.

“We’re doing well but it is frustrating.

“I don’t want to look back when the season is over and rue a couple of games which are still doing my head in even now.”

Flynn was delighted with his teams ‘excellent’ defensive performance in the 0-0 draw against Rovers at Rodney Parade.

County thought they had snatched victory when Joss Labadie fired into the roof of the net late on, only for the offside flag to be raised and cut short celebrations.

“The boys defended excellently and the effort they put in was unbelievable,” said Flynn.

Padraig Amond recovered from a fractured elbow make his 100th appearance for County, going on as an 83rd minute substitute, while Dan Butler played his 150th Newport match.

“I wasn’t tempted to bring Padraig on earlier,” said Flynn. “We felt Ade Azeez would stretch Tranmere with his pace and he did that. It just didn’t quite happen for him when he got into those positions.”

Flynn made one change to the starting side from the 3-1 success at Yeovil Town. Harry McKirdy was on the bench and Flynn rewarded Keanu Marsh-Brown for a scintillating substitute appearance in Somerset by naming him in the starting line-up.

Chances were few and far between for either team and County kept Tranmere’s 29-goal striker James Norwood quiet.