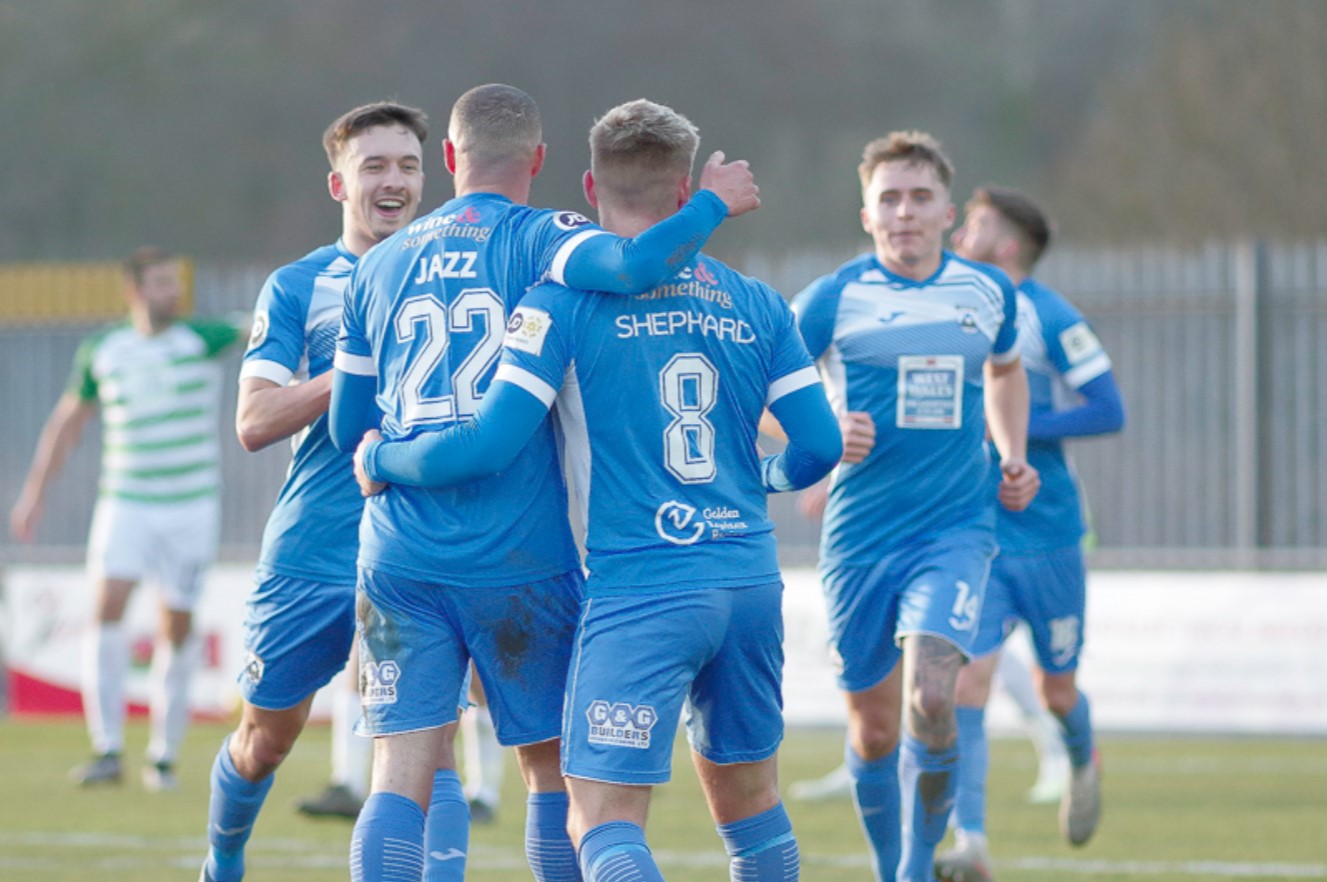 The New Saints lost ground on JD Cymru Premier leaders Connah’s Quay with neither side able to claim three points on their travels.

The New Saints fell to a 2-1 defeat at fast-improving Haverfordwest County, in what was their second loss of the season.

A win in west Wales would have put Saints level on points with the Nomads, who had earlier been denied a club-record 10th consecutive victory at Penybont.

But a gutsy display from Wayne Jones’ County side allowed Connah’s Quay to edge three-points clear at the top, and will have further highlighted the need for The New Saints board to make an astute decision when determining their next managerial appointment.

The list of rumoured candidates continues to grow but whoever the club turn to, their remit will be clear from the outset: deliver the league title.

The top-two’s respective visits to Haverfordwest and Penybont were unlikely to be straightforward tasks, but the performances of their hosts give another indication of just how far County and Penybont have progressed this season.

You could’ve been forgiven for forgetting that mere survival was Haverfordwest’s primary objective this season.

Corey Shephard put Haverfordwest in front when drove a shot through the crowded goalmouth and into the bottom corner, and Ben Fawcett and Daniel Williams threatened to add a second for the Bluebirds.

And County goalkeeper Matthew Turner was quick to react, acrobatically denying Louis Robles on the stroke of half-time.

The New Saints responded well after the break and five-minutes into the second-half Blaine Hudson headed Adrian Cieslewicz’s corner in off the underside of the crossbar to restore parity.

Sheppard released the ball from deep with a probing upfield pass into Williams. Coming onto his right foot, Williams teased the idea of striking towards goal but instead played in Cameron Keetch on the overlap, who angled a fierce strike across Paul Harrison, into the far corner.

Galvanised by the second goal, Haverfordwest held out as The New Saints applied late pressure with no avail.

The result will be celebrated as a memorable moment of the season for County’s first season back in the top-flight, but the picture in the JD Cymru Premier is ever-changing, and it would seem they, along with Penybont, are emerging as bona fide top-six candidates for seasons to come.

An equally resolute display from Penybont saw them take seven-points from a possible nine, after holding firm in a 0-0 draw with Connah’s Quay.

Michael Wilde will have to wait a little longer for his 200th top-flight goal after his headed effort in the first-half was well saved by Ashley Morris. And George Horan found himself unmarked in the Penybont area but steered his shot wide as Connah’s Quay were forced to settle for a point.

ROUND UP
Barry Town reclaimed fourth place in the table after Nat Jarvis struck late on against Aberystwyth. Jarvis pounced three minutes from time, turning in Michael George’s cross from close range.

Bala Town came back from a goal down to secure a 3-1 win over Cefn Druids. Steff Edwards struck in a well-worked opener in front of prospective new manager Curtis Woodhouse, amid rumours he is set to become the club’s latest managerial appointment.

The Lakesiders gained the ascendancy when Oliver Shannon scored his second of the afternoon, firing in Chris Venables’ rebounded effort. Venables then notched Bala’s third from the penalty spot.

Flint Town United remain in the bottom two after two goals in three second-half minutes saw Caernarfon kept their top-six hopes on track with a 2-0 win.

Caernarfon are now seventh but level on points with sixth-placed Haverfordwest after Paulo Mendes headed them in front. Minutes later, a lapse in concentration from the Flint defence allowed Sion Bradley to go through unmarked and fire in a second.

Tyrone Ofori and Jordan Evans both scored twice as in-form Newtown made it three wins from four since the re-start with a comfortable 4-1 win over Cardiff Met.

Ofori struck either side of Bradley Woolridge’s goal for the students to give Newtown a 2-1 lead at the break. Jordan Evans’ free-kick extended the Robins’ advantage before grabbing another to leave the Met without a point since their return to action.