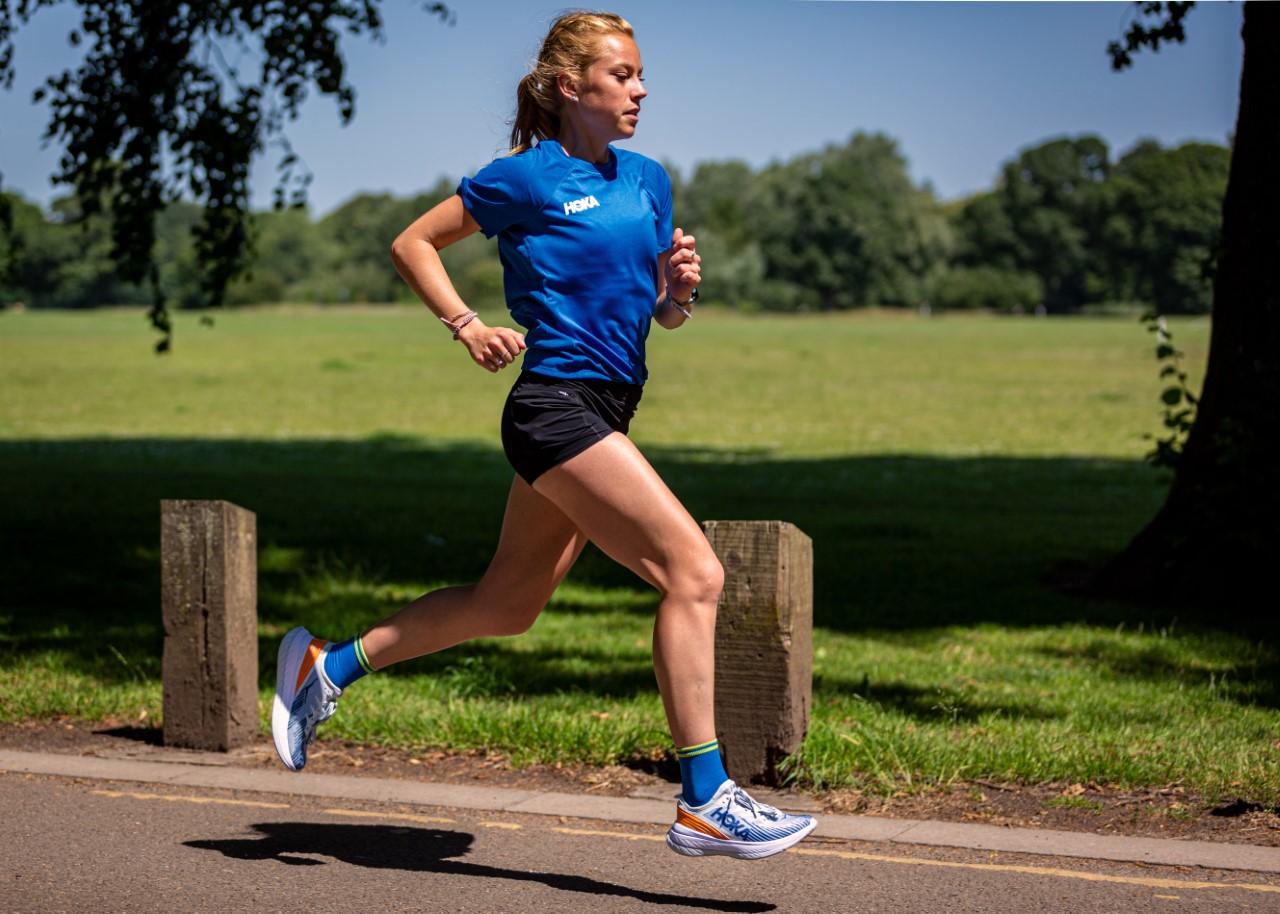 Jenny Nesbitt is a Welsh international runner and a student. That’s proven a challenge over the past three months, but on Tuesday night there is an opportunity to see her in both worlds. Transatlantic Storytelling (8.00pm https://transatlanticstorytelling.com) involves seven sporting tales from Cardiff Met, including Nesbitt’s back story. Her more recent tale from the trackside is told here to Dai Sport.

I thought I would start off by introducing myself. I am Jenny Nesbitt, a Masters student, adventurer, wannabe baker and a Welsh and British international distance runner.

I would probably define myself as a slightly obsessive adherer to the ‘grind’, with the type of personality trait that would never allow me to finish a run with 9.98miles on my Garmin.

When I’m not trying to work Adobe Premier Pro or burn another cake, you’ll likely find me out on the Taff Trail, either looking way too happy to be running or so pained (from another over-keen first half mile of a mile rep), that you have to double take to make sure I’m not about to start crying, hysterically.

I’m hard-working and a little obsessive, but I would like to think I am realistic, too. I have definitely had to be this year.

Without doubt, 2020 has not been the year I had planned on paper, or a scenario I ever created in my mind, although it started off pretty normally, with our January camp in Spain and a couple of races in Valencia and Scotland.

The goal was always to try and qualify for the European Championships this August, which have now subsequently been cancelled.

My Covid-19 hell started right at the beginning of March, with my final chance to represent GB Students at the World University Cross Country Championships being cancelled.

If I am honest, I thought it was a little over the top at the time. But, in hindsight, it was probably the only possible choice they could have made at the time.

As an athlete it is easy to be very narrow-minded, sometimes, and it was tunnel vision to the race at that time.

After the initial disappointment, I turned my focus to the summer, without realising a world health pandemic had many more consequences than one cross country race in Morocco being cancelled.

The rate at which the world began to shut down took me by surprise and as a self-proclaimed control freak, it didn’t take much to leave me a little stressed and lost without direction.

Throw in an Achilles injury on day one of lockdown and you had a recipe for disaster!

Luckily, the days in lockdown have kind of all merged into one, and it was only a few weeks of that burning bike bum I had to suffer through. April came and went pretty quickly, almost like it was the longest, yet quickest, month of the year!

The initial lockdown of the country certainly took its toll on me. As someone who has become very accustomed to going out at least twice a day – usually to rack up more miles – the one hour of exercise a day limitation left me with a great feeling of claustrophobia.

Even more so in our one-bed, two-room flat. It meant I had to get a bit more creative about my training and what I could do within the confines of my flat and its outside space.

I turned the “no-through road” into an outdoor gym a couple of times a week and took my turbo trainer into the car park – much to the amusement of passers by.

There was something very refreshing about the removal of all pressure, though. I could relax a bit more and not stress about having to be ‘ready’ for a certain date.

Rather, I could focus on all the things I’m not so good at.

As the exercise restrictions began to be lifted, my tan began to develop and my miles began to rise.

We went back to ‘base phase’ training, although we never really moved away from it, and took it from there. At times, everything became very monotonous and motivation wavered, but I set myself the goal of not giving in to taking a day off when the only reason to do so was because I could not be bothered.

When May rolled into June and the UK separated into four countries with differing regimes, I followed with interest the continued lifting of restrictions just across the border.

Friends in England were accessing tracks, running with others, and finally reconnecting with their coaches.

Physiotherapy and massage opportunities began to re-open and adventures more than five miles from their doorsteps became a familiar sight on Insta stories.

Although I backed the more cautious approach in Wales, it was frustrating seeing those advancements back to normality just 30 miles away.

It has been slow progress, but the last couple of weeks have provided me with a little more normality in my training and the hope that not too far around the corner, I can reconnect with my coach, physio and a whole load of runners.

Being able to meet up with another household has been a breath of fresh air and a massive motivational boost.

As we move into July and hopefully bask in the summer heatwave, the future looks bright (touching all the wood in sight!)

I’m excited to get back on a start line – wherever that may be – and I think when that moment rolls around it will be emotional for a lot of people.

It is hard to look towards the future at the moment. The uncertainty that surrounds the whole global pandemic is unsettling, especially when a lot of your year involves close contact with various people and travel.

When people ask me what the future of racing will look like, I honestly could not tell you.

The proposed no overtaking idea unless you can give two metres’ width seems ludicrous for a start. Imagine being 50m from the finish and not being able to overtake for the win!

But there again, athletics can use the problems to be inventive and there is an opportunity to make the sport the most appealing it has ever been.

For now, I will continue to juggle the continual feeling of being unproductive alongside trying to install a daily dose of positivity and motivation into whatever I might be doing.

These unprecedented times have been challenging for every single one of us, but one thing I am sure of is that we will come out of it with a renewed appreciation for the simple things in life.